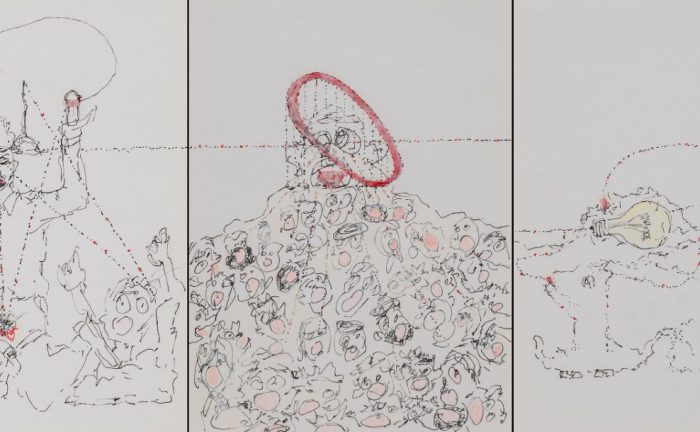 A SHORT TEXT ABOUT NANO-FASCISM

Although it sounds as if it is a simple echo of the original German fascism, Nano-fascism is a reappropriation of fascism by Turkish Republic which has given birth to an islamo-capitalist-despotic-machine as a result of the redistribution of the Western and the Eastern capital into the monopoly of a despot. During the rise of German Nazism, it was obvious that Führer came to power by monopolizing the libido, or the desiring-machine of each and every political subject in the nation. However, the way he managed this was much dependent upon to far extent he would be able to dominate the ceasura between the subject of enunciation and the subject of enunciation. For example, in this phase, Führer’s ontological order established a transcendental subject on a macro level as far as the institutionalization of power was concerned. It was allowed to share this power as long as one remained the subject of enunciation.

Micro-fascism, which is the continuation of macro-fascism into post-war era, took the form of an “authoritarian personality” which Adorno described so well in his book with the same title. In micro-facsicm, one did not need a Führer to dominate the ceasura between subject of enunciation and the subject of enunciation because such a domination was already internalized and applied by the subject itself. This internal-clock of fascism, namely, micro-fascism found expression also in Deleuze and Guattari’s works as the distinction between molar and molecular. In this phase, capitalism’s triumph lay in its ability to infuse the molecular by way of freeing the capital from a dependency on the economical, thereby creating pseudo-desiring-machines. It all meant an invitation to share the politics of ordinary daily life as long as one sacrificed the political which is the preoccupation of the micro/molecular affinities of the subject of enunciation.

The phase that I call nano-fascism is related to the appropriation of both macro and micro fascism by the non-western countries, such as Turkey. Tremendous amount of social, economic and political repression in this country since early 2000s is the oriental way of monopolizing national and global capital: Neanderthal Capitalism. In this process, Islam was the basic force by not allowing the privatization of the transcendental in contradistinction to Western constitutions based on the principle of laicism. As a result of this, even the distinction between subject of enunciation and the subject of enunciation is obliterated. Thus nano-fascism does not denote a state where fascist repression is organized by institutions on macro level, nor its internalization by the subject but it denotes a fact that in nano-fascism one is born a nano-fascist. Being a product of Neandertal Capitalism, the nano-fascist is the pre-individual singularity of pre-enlightenment whose world is dissolved into obedience without even knowing what obedience means. Otherwise, how can one explain the majority in Turkey who still votes for a dictator who murdered a huge number of people and confiscated the national capital together with his disciples?

In a closer look at what is happening today in the world, basically in the US and Europe, one can easily observe how a European invention, “fascism” has traveled across the borders between the West and the East, and having been transformed into nano-fascism in Turkey, is traveling back to its origin in a different colour and shape. Looking at the world agenda today from this perspective, I will argue that the good old repression machine of fascism has been re-invented recently in Turkey  nano-fascism of the islamo-capitalist-despotic-machine  and in the meanwhile Turkey has been used as the laboratory of the West since the 80s in order to test to which extent human beings can bear heavy social, political and economic repressions. From this perspective, it won’t be too far to claim that this is actually why all these social, political and economic repressions and protests and uprisings are taking place, for example, in France, Greece, Italy, Spain and etc., despite the so-called Socialist/Liberalist governments. It is as if the governments everywhere are checking the possibility of applying the repressive mechanisms obtained from Turkish nano-fascism to their countries under the guidance of Turkish Neandertal Capitalism.