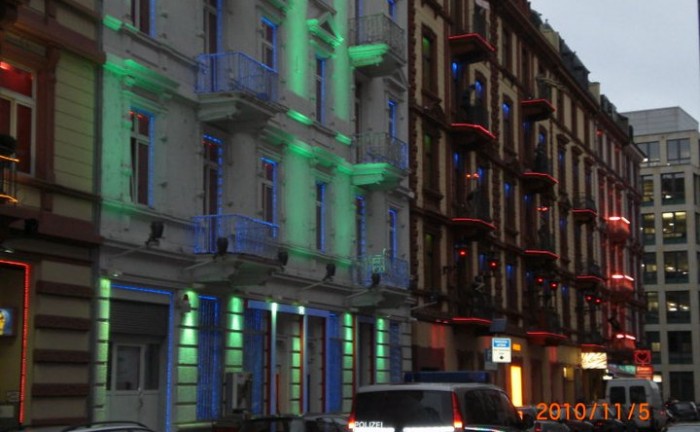 against stigma, not sex work

Written by: erma VIP; erma is a fluid non-entity, hysteric, healer, whore and friend of animals.

Stigma is what makes sex work potentially dangerous for sex workers, not sex work itself. Stigma exists in a nexus of capitalist exploitation of bodies, cis-hetero-patriarchy and white supremacy, not in a vacuum of morals as it is commonly treated. Stigma – meaning a “mark of shame” – is branded on the life choices and life events of sex workers by peers, family, university researchers, sex work abolitionist feminists and the state. Sex work will always be called the cause of a sex workers’ life crises, rather than the conditions of isolation due to stigma, or the myriad conditions of white supremacy and cis-hetero-patriarchy that might make their lives difficult.

Stigma isolates sex workers, making them more vulnerable to dangerous scenarios and violence, across the infinitely varying lines of gender and racial identities and so-called state borders that sex workers inhabit. Stigma makes it less possible for marginalized, trans, black, brown, youth, and migrant sex workers to secure basic survival in this world such as housing, screening options for clientele, physical and mental health resources and support networks. The way sex work is stigmatized is similar to and often directly in interaction with the stigma of having a mental illness, physical disability or criminal record and this shows up whenever a sex worker talks about their work and are interpreted as a person that falls into the binary of either pitiful victim or crazed pervert.

Stigma says that sex work is different than other paid work because sex workers use their bodies – their sacred bodies. It’s true. And so does your service job, your tech job, your teaching job: these make you use your sacred body for work. Imagine being asked if you were forced into the paid work you do by everyone that you told about it. Imagine being paternalistically talked to every time you brought up your paid work. Just like your paid work, sex work is something people do to survive, to eat, to have some stability and to fund whatever it is they care about. Imagine the risks associated with long desk shifts. Where is the rescue brigades for desk-workers? Stigma says that sex work is different because sex workers are selling sacred sex. Sex is different for everyone. Most of the whoring I do I don’t even consider sex. My sex is still very important and a great source of joy for me.

Stigma tells us that the consensual sex industry enables sex-trafficking, but not the internet, cars, or femicidal patriarchy and rape culture. Stigma erases the white supremacist history of anti-trafficking campaigns which were a xenophobic response to racial diversity in the U.S. – a reframing of the myth of “white slavery” which has evolved now to simultaneously victimize and criminalize people of color that are doing sex work. Moral panic about sex-trafficking results in increased funding of law enforcement who brutalize, shame, harass and imprison sex workers. Johns (sex work clients) feel entitled to act disrespectfully or violently towards sex workers because the position of the sex worker is stigmatized. Management at shitty strip clubs feel more entitled to be paternalistic towards strippers because the position of a sex worker is infantilized and this makes strippers less likely to go to management when a john is being shitty to them. This is just one of the many examples of cycles of stigma.

There are many hustles, many ways to make money and survive (legal or illegal) and to say that someone is doing sex work as an absolute last resort and that they have no choice in the matter is to: 1. believe in the logic of capitalism that wants us to choose to work when maybe we wouldn’t have to as much 2. erases the agency of sex workers and 3. offers nothing but useless and stigmatizing pity rather than material support that could improve the conditions of their life and work. If you want to disrupt the cycles of stigma that put sex workers at risk begin by recognizing and acting in accordance with the fact that it is not sex work inherently that is dangerous for sex workers but the stigma situated in conditions of oppression and marginalization around it that makes sex work difficult and dangerous for sex workers.

Sex at the Margins: Migration, Labour Markets and the Rescue Industry by Laura Maria Augustin

Tits and Sass: By and About Sex Workers

Minneapolis Madams: The Lost History of Prostitution on the Riverfront by Penny Petersen

from LIES journal of materialist feminism: “A Disgrace Reserved for Prostitutes & the Beloved Community” by Pluma Sumac

“Grin and Bare It All: Against Liberal Conceptions of Sex Work” by luna celeste

Much Loved, 2017 (a Moroccan film available on Netflix) *CONTENT WARNING: sexual police violence* In spite of this horrific scene that was entirely unnecessary to include (directors must stop including rape scenes in films and shows — the horror of rape can and must be understood without a visual depiction of it that is potentially and violently re-traumatizing for far too many people and potentially numbing to everyone else) I still want to promote this film because I think it is the least stigmatizing (don’t let the trailer fool you! It is so so much more pro-whore and anti-morality than the trailer makes it look) and most real film about sex work I have yet to see. It is about whoring, stigma against sex-workers and whore love – but not only these things. It is about collective care; it is about cis-hetero-patriarchy; it is about solidarity; it is about struggle; it is about rage; it is about police brutality. Watch carefully and with close friends and be sure to take care of yourself and leave during parts that you need to. It is also full of humor and joy.