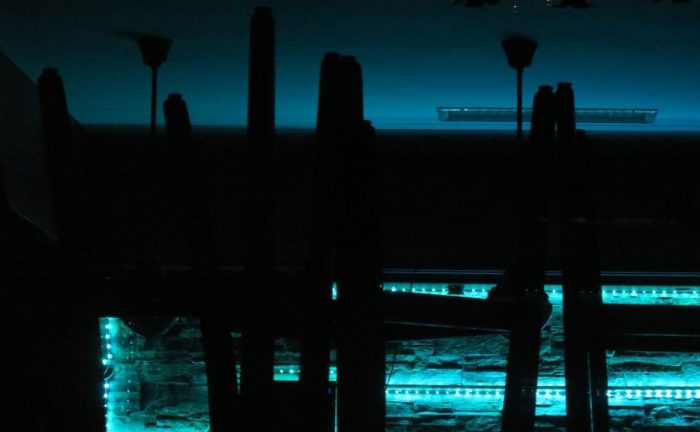 Alienocene, the Journal of the First Outernational.

Theoretical, artistic, political, and scientific, Alienocene is an electronic journal that gathers texts, sounds, and images seeking to reshape the relation between the human and the inhuman, the terrestrial and the extraterrestrial, the near and the distant, what is familiar to us and what persists in remaining – despite everything – alien.

Aliens, foreigners, exiles: the figures of the Alienocene are cosmological as well as political, they go beyond the framework of the Anthropocene and the quasi-incestuous relationship that anthropos maintains with the Earth. Against the sedentary nature of the Anthropocene, the electronic journal Alienocene seeks to promote – through poems, literary and philosophical writings, musical and video compositions – an existentialwandering: we are strangers to the world in the world and our existential alien-ness tries to dismantle any economic alienation.

Alienocene aims to be the journal of the First Outernational. From the Internationalist movement, the First Outernational retains the world-vocation, the revolutionary horizon, the search for counter-narratives that get from their own narrators the persistence of their promises. But the Outernational begins directly with the expression of the Outside – the infinite number of Outsides from which the universe is composed.

Without ever forgetting the extent to which the cosmos is dark, withdrawn, rebellious against the assemblages that seek to contain it, the journal Alienocene will echo alternative cosmologies, whether they come from Aboriginal Australians or from Gérard Grisey’s Spectral Music, from Wangechi Mutu’s Afro-Futurism or from the unfulfilled promises of the Copernican revolution.

Theory/Fiction measures merging points and gaps between theory and fiction. The texts submitted to the journal should be short, from the length of a haiku to a few pages. These texts will not seek to compete with academic journals, but to find other ways of inventing knowledge and communicating it.

Sound & Vision features videos, images, sounds, paintings, drawings and diagrams, capable of moving the grammar of our concepts and making what we are trying to say more sensible.

Dis-Junction promotes the political aspects of the Alienocene and the reasons to hope for an Outernational. The tract-form will be welcome, as will anything that can encourage the forms of political interruptions around which being-in-common is, sometimes, recomposed.

In addition to being a verbal creation of poet Jack Spicer, LowGhost archives fragments of the past that can fuel the understanding – or obscuration – of the Alienocene.

Alienocene will be composed of strata superposed on top of each other “like the leaves of a book” (Charles Lyell). Since periods of erosion and sedimentation cannot be calculated in advance, the formation of the strata that make up the journal will be more random than regular.