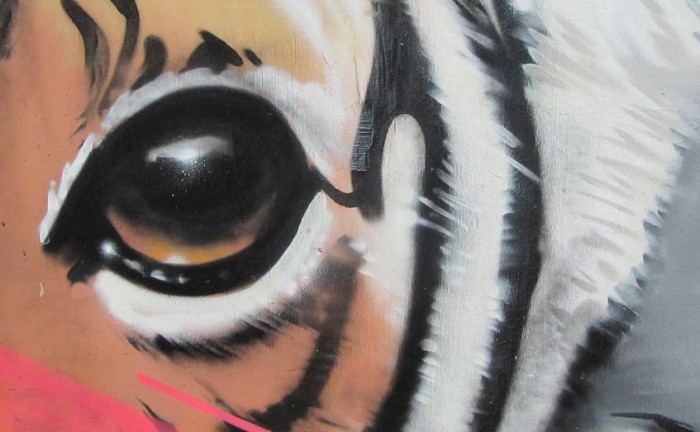 “There are ideas in cinema that can only be cinematographic. These ideas are engaged in a cinematographic process and are consecrated to that process in advance” – Deleuze, What is a creative act?

In addition, says Deleuze, to have an idea “in” cinema is not the same thing as communication or the transmission of messages between screen and audience: “to have an idea is not of the order of communication” (p. 104). For Deleuze, the communication and transmission of information is the circulation of order-words; the circulation of the fundamental elements of certain discursive regimes of power, which polices and/or attempts to render us normalized subjects vís-a-vís the process of Faciality. How does this relate to the ideas specific to film? Precisely because there is a difference between, on the one hand, a movie that produces its audience by means of positing what is most necessary and profound in the film. And on the other hand, a film that produces its audience by communicating information regarding plot and character development while jettisoning the opportunity to address the problems that the films characters encounter as the most profound and urgent questions that act as their raison d’etre. That is, by formulating the problem of necessity in film, filmmakers create the sufficient reason and significance that pertains to a specific set of  problems encountered in both cinema and the everyday aspects of social life as such.

Thus, to have an idea “in” cinema means the fabrication, creation, or formulation of that which is most urgent and therefore most necessary regarding the film itself. For Deleuze, it is the fabrication and formulation of what is most necessary and profound that guarantees films designation as a creative activity: “A creator is not a being that works for pleasure; a creator does nothing but that which he has need to do” (p. 102). In order to see how it is possible to have an idea “in” cinema and not simply about cinema (opinion), Deleuze provides two examples of what it means to formulate and engaged with the question of necessity, or what presents itself as the most urgent problem in the world.

A). The Seven Samurai

Deleuze offers us the example of Kurosawa’s The Seven Samurai as it relates to themes taken up, in novel form, by Dostoyevsky. For both the filmmaker and the novelist; and what brings them into relation; their main characters live in a world where they constantly find themselves assailed by urgent situations. Whether it is the urgency of Dostoyevsky’s character who is called to tend to his dying beloved or it is Kurosawa’s samurai who find themselves torn between fulfilling their duty of defending a village or devoting their attention to the discovering the meaning of the samurai-in-itself, we find character’s in a world of necessity and urgency who are being weighed down by another, and more prior, preoccupation. This is a preoccupation not with what is merely urgent and important, but with what is the most urgent, and the most necessary. As Deleuze writes

“The characters of the The Seven Samurai are taken by urgent situations. They have agreed to defend a village yet they are taken by a more profound question… “What is a Samurai? What is a Samurai, not in general, but what is a Samurai during this epoch?”…and throughout the film, despite the urgency of this question that is deserving of the Idiot – which is in fact the Idiot’s question: We Samurai, what are we? Here it is – I would call it an idea in cinema, it is a question of this type” (p. 103, my emphasis).

Here we see the idea proper to Kurosawa’s film: ‘What is a Samurai, today, in this historical context?’ Deleuze continues:“If Kurosawa can adapt Dostoyevsky, surely it is because he can say, “I have a common cause with him; we have a common problem; that exact problem.” Kurosawa’s characters are exactly in the same situation. They are taken by impossible situations. “Yes, there is a more urgent problem, but I have to know what problem is more urgent” (p. 103). Thus, Kurosawa’s Seven Samurai confirms our earlier distinction between a film that produces itself and its audience by means of necessity and a film that produces itself and its audience through the communication of information as the story develops along a plot line. As Deleuze frames it: “One communicates information, which is to say that we…are held from believing or not from believing, but to make believe that we are believing. Be careful: we are not being asked to believe. We are just being asked to behave as if we believe. This is information that is communication. And at the same time…there is in fact no communication. There is no information; this is exactly the system of control” (p. 105, emphasis added).

B). Between Speech from Image

Another instance of a cinematographic idea, says Deleuze, can be found in the films of Sylberberg, Straub, or Marguerite Duras. What is common to these filmmakers is the following: each filmmaker creates “a disjunct between the visual and sound” (p. 104). It is through this incongruous relation of the audio and visual elements of film where we have, says Deleuze, “a purely cinematographic idea” (p. 104). This disjunction is a properly cinematographic idea insofar as it is something only cinema can accomplish. For example, Marguerite Duras’ Agatha and The Limitless Readings, confronts its viewers with a dialogue between a woman and her brother on the one hand, and the images of beaches, avenues, and so forth, where the two characters in dialogue are completely absent. Unlike The Seven Samurai that makes explcit the gravity of the question ‘what is a samurai?’, Duras’ film engenders an idea ‘in’ cinema by doing something only cinema itself can accomplish – posing the problem of necessity, or presenting that which is of the utmost urgent/important matter for the characters, implicitly and without having to present the audience with the characters themselves. Regarding Duras’ work, Deleuze remarks:

So for Deleuze, one can have an idea ‘in’ cinema by means of explicating the problem of necessity as we saw with Kurosawa. And one can have an idea in cinema – demonstrate what is most urgent for a film’s characters – by creating a disjunction between speech and image; by disrupting what we habitually expect in terms of a film’s audiovisual synchronization; disrupting our expectation of a one to one correspondence between speech and image.

Thus, if it is through cinema’s acts of creation; acts that are said to be acts of resistance according to Deleuze; when can we say the ideas created by filmmakers are also acts of resistance against the image of cinema as communicating information to an audience? It is clear that having an idea in cinema resists the cases where cinema falls back on the transmission of order-words; a situation where we are asked to behave like something other than the command to normalize and obey those commands is being communicated. This is the paradox of societies of control that Deleuze highlighted: it is a society based on the communication and transmission of information, where what is passed on is without content and simply an order, a command, or opportunity for the normalization of deviant subjectivities. If cinema can reasonably aspire to be an act of resistance against control society, it is because, says Deleuze as he comments on Straub’s Not Reconciled,

“Her [old schizophrenic woman] trace makes me realize the two sides of the act of resistance: it is human, and it is all an act of art. This is the only kind of resistance that resists death and order words, control, either under the guise of the work of art, or in the form of man’s struggles” (p. 107).

While it may be intuitive for our all-too Western sensibility to identify an act of resistance as something that appeals to, and defends, some set of inviolable characteristics that constitute a humanist emancipatory politics, it still appears odd (on first glance) that acts of resistance can qualify as resistant to control societies in terms of their simply being a ‘work of art.’ That is, as it appears in his talk, acts of resistance have at least two poles: the political and the aesthetic. The former aligns itself with the various forms of ‘man’s struggles’ against violence and subjugation while the latter aligns itself with the presentation of necessity through different mediums. Thus, and to briefly end on this question of the aesthetic category of resistance, it is instructive to turn to what Deleuze says regarding the paintings of Bacon and the painters tension with clichés:

“Clichés, clichés! The situation has hardly improved since Cézanne. Not only has there been a multiplication of images of every kind, around us and in our heads, but even the reactions against clichés are creating clichés” (The Logic of Sensation, 89).

What Deleuze identified as one more obstacle for Bacon to overcome (the cliché) is already at work in his distinction between a film that poses the problem of necessity for an audience and a film that simply communicates and transmits information to its viewers. The cliché for painters are the order-words for filmmakers. In either case, works of art qualify as aesthetic acts of resistance insofar as they produce their audience in a way that obstructs their reliance on habituated expectations and sensibilities regarding aesthetic experience as such.

The work of art as an act of resistance means the production of aesthetic experience, or an appeal to immediacy of the audible, visual, and sensible, in a manner that forecloses an individuals possibility to simply rely upon and perpetuate habituated ways of encountering a work of art. Thus, whether we consider Bacon’s paintings or the various filmmakers Deleuze makes reference to, what is always at stake is this fight against clichés; a fight against those ready-made, socio-culturally overcoded images, in order to afford us the possibility of thinking, feeling, and ultimately being in the world in a manner other than that encouraged and perpetuated by our present state of affairs.

Aesthetic, as well as political, acts of resistance are thus revealed for what they are: a veritable re-education of our affects away from those moments of overcoding, capture, and/or our perpetuation of the violence inherent to norm of Faciality in the name of a collective refashioning of our affects that produces the powers (affect/be affected) of subjectivity in a way that does not require the subjugation of others in advance