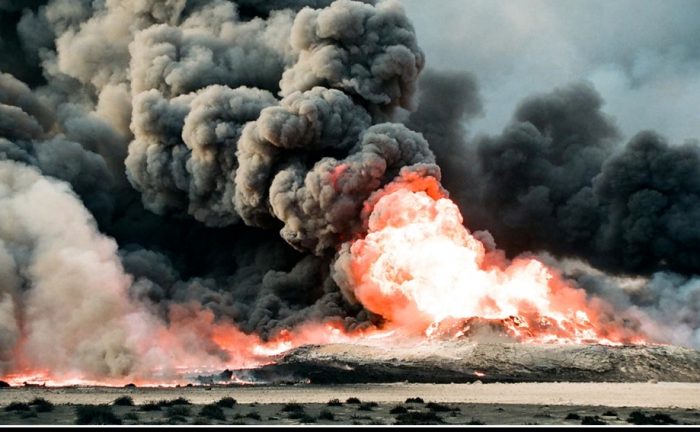 Blood and Oil in the Orient, Redux

This research note updates selected charts from three previous papers. The new data present a rather startling picture, suggesting that the Middle East – and the global political economy more generally – might face an important crossroads. Our assessment here rests on the analysis of capital as power, or CasP. Beginning in the late 1980s, we suggested that, since the late 1960s, the Middle East was greatly influenced by the capitalized power of a Weapondollar-Petrodollar Coalition – a loose coalition comprising the leading oil companies, the OPEC cartel, armament contractors, engineering firms and large financial institutions – whose differential accumulation benefitted from and in turn helped fuel and sustain Middle East ‘energy conflicts’. These conflicts, we argued, reverberated far beyond the region: they affected the ups and downs of global growth, the gyrations of inflation and, in some important respects, the very evolution of the capitalist mode of power. And this impact, it seems to us, is now being called into question.

Historically, the main force holding the Weapondollar-Petrodollar Coalition together was the price of oil, and over the past few years, this price – along with the Coalition’s revenues and profits – has fallen perceptibly. Judging by past patterns, this massive collapse should have triggered a significant en-ergy conflict, leading to sharply higher oil prices, soaring petroleum revenues and the rapid build-up of oil profits. So far, though, none of this has happened. The region is replete with hotspots, but these have not developed into a major war capable of arresting, let alone reversing, the Coalition’s downward spiral.