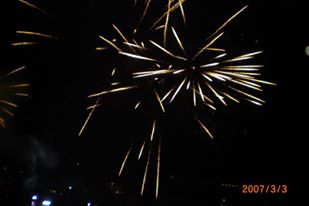 The growth of computational, media and communications technology has conditioned a change in mass culture. The consumerist subject fabricated by media has become the object of desire. The capitalist subject auto-replicates as the consumer, whose life is a re-enactment of the vision of the human produced by advertising and entertainment media, a vision of optimum well-being conditioned on material abundance. On that basis one is able to buy happiness in the form of commodities which satisfy all of ones “needs”, from housing and health to leisure and spiritual fulfilment. So the myth of capitalist fecundity goes, generating the illusion of plenty — the production of duplicated goods, endless superficial innovation and an advertising and media generated virtual utopia of the now in which the optimum condition is one of being able to access more and more commodities for consumption. This is a process where needs are ceaselessly generated and satiated, creating a replicating sufficiency of production and consumption, which overwrites the human in the process of capitalist exchange. This is quintessentially expressed in the figure of the online shopper who, thanks to the immediacy of the digitalised market, can survey vast quantities of commodities and acquire them with the click of a mouse.

More importantly this virtual world of consumables has conditioned a change in the psychology of the individual.  Buying and consuming, as an act of the isolated monad enclosed within a domesticated space, reinforces the introjection of aspects of neo-liberal ideology, positing the human as essentially a unit of passive consumption in a market of supply and demand. Only those who possess the entrepreneurial instinct and have swallowed whole the idea of success  re able to rise out of this condition of drone/consumer and assume the role of actor in the game of accumulation.

Capitalism endlessly replicates the consumer/worker drone at all levels, from the university professor to the precariously employed shop worker. What both have in common is an aspiration to the stock idea of well-being generated by media and heralded as a possibility grounded in the ceaseless innovation of the market,  even if the market ruthlessly forecloses on the possibility of a majority succeeding in such competitive acquisition and even if those who are successful report on the vacuity of such a life once “acquired”.

It seems, though, that we have no choice in the matter, since the neo-liberal regime has dismantled the welfare state and relegated the collective responsibility for the well-being of the person to the “private” sphere and the exercise of an optional ethics. Responsibility for the quality of her “life experience” has been shifted to the individual via an ideology of entrepreneurial creativity and self-reliance and an unspoken but implied denunciation of those who are incapable of cultivating such qualities. These “failures” are marked as a parasitic drain on on the labour and creativity of others. The fragmentation of traditional communities and the unpredictability of life seem to mirror the neo-liberal vision of the individual as an isolated monad in a precarious and alien environment. Such a situation is, of course, created by those very same neo-liberal policies. Increasingly, we feel helpless and disoriented. We are exhorted in obvious and subtle ways to  “get our selves together”. And so we resort to psychological and spiritual methodologies which promise optimum performance and personal fulfilment. We must shape ourselves to the demands of a power over which we have no control. We must live under the rule of the given — so goes the message of the endlessly replicated television soap, blockbuster movie, pulp novel and self-help manual, reinforcing  the delusion that our predicament can be overcome by individual action .

Just as philosophy follows a Principle of Sufficient Philosophy ( the principle that anything whatsoever is available for solitication by philosophical reflection) Laruelle writes that capitalism marches to the same tune, via a principle of Sufficient Economy (the principle that anything whatsoever is available for reproduction and exchange, that capitalism is sufficient to “englobe”( Laruelle’s language) the entire world) So the Principle of Sufficient Capitalism is a “universal capitalism” and this means not simply the extension of capitalism into all corners of the globe, but moreover a perversion of thinking and being themselves that renders all fixity as permeable and reversible exchange. ( Laruelle and philosophy: Laruelle, anti-capitalist, Alexander Galloway, 196)

Events in the financial markets over recent decades underline the instability at the heart of capitalism. There is nothing new in this, despite the attempt to explain recent crisis as a perversion of the capitalist process. According to this scenario the crisis is the result of the activities of renegade financial speculators out to distort the relation between the real economy, which produces “legitimate surplus” from the production of use values, and speculation, which tries to make money from money. As Milios shows risk and speculation are at the heart of the “normal” capitalist process in that every capitalisation of production must precede the actual production of commodities and therefore must generate a risk profile. At base the risk involves the provision of money capital on the strength of the ability of the enterprise to force the worker to adhere to already existing structures of coercion, either by increasing productivity or decreasing wages and salaries. Financial speculation on these risk portfolios is speculation on the statistical assessment of risk generated at the heart of the production process and not at its periphery. At base financial speculation is speculation on the ability of enterprises to conform to existing power relations. Neo – liberal policies of implementing precarious contracts, dismantling  regulatory provisions on working conditions or undermining union power are attempts to improve the risk profile, which is another way of saying that they are attempts at coercing workers to conform to existing power relations within the process of production and exchange.

Those who manage to see through this subterfuge find themselves in a world not of their own choosing, in which human activity produces an inhuman and alien environment despite our best intentions. We should not be surprised that it is so, even if we imagine that reason, scientific enquiry, secularism and representational democracy has abolished the rule of kings and priests and ended the transfer of human power to godly regions. At its root the commodity system reinforces the religious illusion. Capitalism shifts the site of power, seating it not in some transcendental realm but in the here and now of the object as commodity. Guy Debord, names the social relations of capitalism in the stage of the domination of the computational/media/advertising/consumption conglomerate as the “society of the spectacle”, where the power of the commodity object appropriates the human and re-presents it in the image of the desirable other which we are driven to become.

The spectacle is the mode of globalized commodity production in which the systems own illusion of itself, as the optimum of human well-being, becomes the primary product of its activity. Like an earlier stage of capitalist production, in which it was necessary to reproduce the worker as a unit in the process of production of commodities, the present mode must reproduce the human as fundamentally a consuming entity living in an a-historical present moment. It achieves this by inventing through media, advertising, television, film, music, entertainment, the living image of the consummate object — the celebrity, music idol, film star, media persona, fashion model, media icon — who embodies and mediates the human as the consummate object of desire capable of being acquired and lived (you too can be this ). This living replica of the spectacle’s banal vision of its own potential offers the worker/drone possible roles and the illusion of escape. This escape, though, is only an identification with the absolute product of the system of production — the human as commodity — and thus only another act of consumption.

The spectacle subjects living human beings to its will to the extent that the economy has brought them under its sway. For the spectacle is simply the economic realm developing for itself at once a faithful mirror held up to the production of things and a distorting objectification of the producers.[…]Understood in its totality, the spectacle is both the outcome and the goal of the dominant mode of production. It is not something added to the real world, not a decorative element, so to speak. On the contrary, it is the very heart of society’s real unreality. In all its specific manifestations news or propaganda, advertising or the actual consumption of entertainment the spectacle epitomizes the prevailing model of social life. It is the omnipresent celebration of a choice already made in the sphere of production, and the consummate result of that choice. In form as in content the spectacle serves as total justification for the conditions and aims of the existing system. It further ensures the permanent presence of that justification, for it governs almost all time spent outside the production process itself. Guy Depord. The Society of the Spectacle, 16

The commodified human is a living replica of its own fetishized self-image, while functioning at the same time as a producer/drone (to be that you must do this) in the overall system of production. The spectacle as mode of production, is a self-replicating, auto-organizing social machine for the unending re-production of itself.

Far from liberating us from the absolute other, the mode of capitalist production has transferred the illusion of otherness from god, (the projection of human power into an imaginary metaphysical space) to the commodity, (the projection of human power into the object of production and consumption.) In this transfer the individual’s autonomy becomes a matter of choosing between roles in the systems self-replicating activity; the compulsion of work becomes a lifestyle choice, freedom a choice between consumables. The latest fad, be it technological gadget, entertainment icon, spiritual guru or political candidate, each one carefully packaged, managed and presented by the same advertising and media conglomerates, is evidence of the ubiquitous power of commodity exchange, which grants the individual only the illusion of freedom. True power continues to reside in the sphere of production, where possibility has already been circumvented by the constraints of the existing mode of social relation.