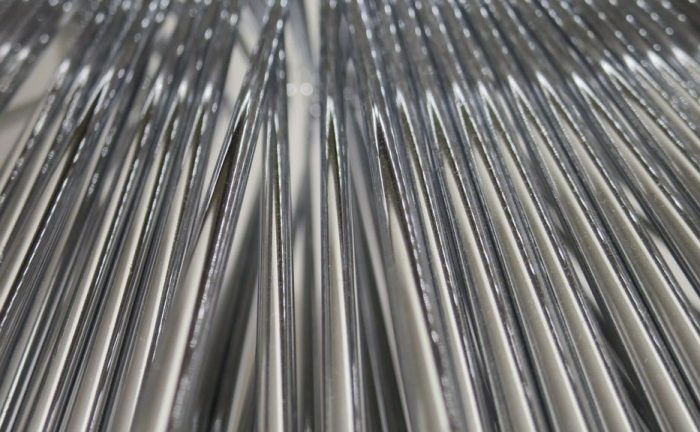 «Nature appears as a rhythmic character with infinite transformations»

– is produced in the chaotic network of Relation and not in the hidden violence affiliation; […]

– does not think of a land as a territory from which to project toward other territories but as a place where one gives-on-and-with rather than grasps.»

The topic of rhythm, as well as of sound and music, has always appeared on the Deleuze-Plateau. Apparently, Deleuze started to focus persistently on the rhythmic and musical discourse in his scripts only from the second half of the 1970s, and only after his collaborations with Guattari. However, it is equally true that hidden in the folds of Deleuzian philosophy of difference, the topic of the repetition-measure – repetition as symmetry, oriented and codified – and repetition-rhythm – repetition as power, productive and differentiating – appears already in the first pages of Difference and Repetition, first published in 1968. Additionally, in 1964, in his book on Proust, Proust and Signs, Deleuze had already recognized that Proustian essence was nothing but the «absolute and ultimate Difference», while only Vinteuil’s septet could claim that the world of differences can exist on the Earth. Where did this array of differences live? In the world of art, Proust wrote: «Thanks to art, instead of seeing a single world, our own, we see it multiply, and as many original artists as there are, so many worlds will we have at our disposal, more different from each other than those that circle in the void…».

Hence, Deleuze, in the 1970s, already analyzed music and rhythm thanks to Nietzsche and Proust, who had put music and rhythm-repetition at the core of their sensibility and their writings. In particular, Nietzsche, according to Deleuze, is the philosopher that, due to his profound denial of the measure of his own time and of the European civilization he lived in, identifies with a painful intuition the liberating Rhythm of our essence. Nietzsche advances this concept through the mask of his most famous “rhythmic character”, that is, Zarathustra. Nietzsche makes him announce the most powerful charade of all human spiritual doctrines ever conceived by a human mind, the Eternal Return, which Deleuze rightly interpreted as «the first great concrete freeing of nonpulsed time»: random, unforeseeable time of difference. Or, using a word borrowed from contemporary music, ‘alea’. These rhythmic topics in the 1960s remained stratified as underground walls of inverse fault lines, but they never developed as key structure of Deleuzian thought.

In the second half of the 1970s, he published Kafka written with Guattari (1975) and Dialogues with Parnet (1977), and, above all, the proceedings of the conference Rendre audible des forces non audible at the IRCAM in Paris (1978). In these writings, the articulated dimension of pulsed and nonpulsed time, of rhythm and individuation, speed and slowness, and autonomy of sound which becomes landscape production, forge some authentically Deleuzian concepts such as melodic landscape, audible colour, and rhythmic character. Singular territorial individuations for a nonpulsed time-space. These concepts will find an extraordinary and unusual allocation in A Thousand Plateaus (1980), the second volume of Capitalism and Schizophrenia, a true “musical” book, full of geo-philosophical variations on the topic of Rhythm. The conceptual core of this new way of conceiving Nature as a «rhythmic character with infinite transformations» is located in the ninth plateau, 1837: Of The Refrain, concept to which Deleuze and Guattari attribute crucial importance.

The relationship between music and philosophy in Deleuze’s thought can thus be considered in terms of fruitful hybridization, which leads in some emblematic cases to a flow of categories from one domain to another. A first emblematic case can be represented by the great attention that Deleuze and Guattari directed to the classical and romantic Western music tradition, as well as to more recent musical output by neo-vanguards, repeatedly mentioned in the pages of A Thousand Plateaus. A second case that cannot be ignored is the musical potential of concepts such as difference and repetition, rhizome, territorialization and deterritorialization (and again re-territorialization), which stimulated the musicological reflection and fueled the composing practices of many musicians, who explicitly recognized the influence of the Deleuzian conceptual apparatus (see Dusapin, Aperghis or Bernhard Lang). The third case is more complicated. It is the journey made by concepts born within the context of musical theory that are revisited by Deleuze and Guattari from a philosophical point of view. For example, the refrain, or the duo of smooth/striated space, derived from Pierre Boulez considerations on the relationship between the continuum of audible frequencies and the segmentation of discrete intervals. Finally, even more complicated is the parabola of influences that range from music to philosophy and back to music again, which is well expressed in the relationship of mutual influence between Deleuze and Pascale Criton, composer and theorist.

The four itineraries mentioned here (Deleuzian reinterpretation of European musical tradition; the application of philosophical concepts to the theory and practice of music; the application of concepts originated in the music sphere to the philosophical analysis; mutual influence between music and philosophy) do not try to exhaust the numerous possibilities of development of Deleuze’s “pensée-musique”, but rather to hint at the rhizomatic and unforeseeable nature of the relationships that exist between art and philosophy, which, together with science, are regarded in What is Philosophy? (1991) as diverse (though sympathetic and, in a way, similar) creative practices.

Hence, the 10th issue of La Deleuziana plans to explore Deleuze and Guattari’s philosophy as philosophy of Rhythm and Chaos, that is, Chaosmos. It aims at understanding whether it is possible to derive from such perspective more and different itineraries of liberation and creation. Finally, it intends to understand whether it is feasible to consider thought itself as sound, or Rhythm, overturning the “ancient belief” which, from Ancient Greece up to the present hypermetric society, has legitimated the “geometrical splendor” of enarhythmic men and of measure-repetition, which has produced in or society both extraordinary developments and extraordinary destructions. It is time to collectively think and structure a chaosmotic, or diastemic, philosophy capable of spreading a new vision of Nature which favors the rise of a nonpulsed Man.

You are strongly invited to consult our publishing regulation and assessment criteria.

Articles must be between 20.000 and 50.000 characters long (including spaces), provided with an abstract (maximum 1500 characters) and keywords in English. They must be sent to redazione@ladeleuziana.org by 15 may 2019.

pic : a still-image taken from the work «Ground» by Ryoichi Kurokawa