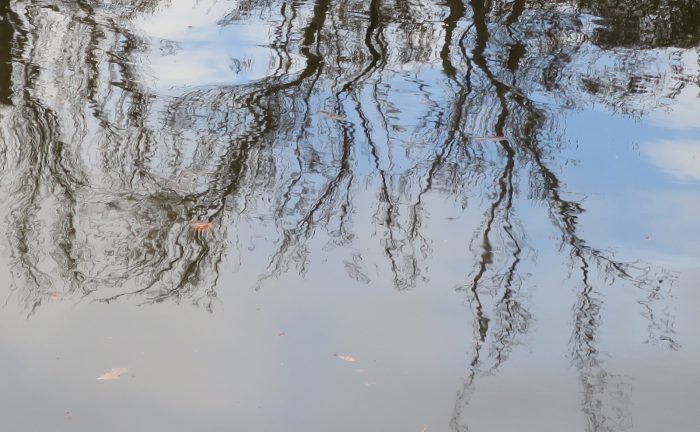 From anthropology to philosophy: Introduction to Eduardo Viveiros de Castro

Can anthropology be philosophy, and if so, how? For philosophers, the matter has been and often remains quite simple: anthropology’s concern with socio-cultural and historical differences might yield analyses that philosophy can put to use (provided that it condescends to examine them), but only rarely does anthropology conceive its material at a level of generality or in relation to metaphysical issues in their positivity that would allow it to really do philosophy, especially of an ontological kind. Anthropologists, on the other hand, tend not to disagree, whether out of a preference for local problems or from the more canny recognition that even the best philosophers prove quite adept at mistaking modern ideological values for transcendental concepts. Such perspectives, however, are proving outmoded in the face of a now sizable group of thinkers, ranging from Bruno Latour and Isabelle Stengers to Marilyn Strathern to François Jullien, whose questions, concepts, objects and methods belong in different ways to both anthropology and philosophy, and who moreover propose that certain aspects of anthropology – analyses of scientific practices, knowledge of cultural variation, and an old thing called structuralism – are key to a new metaphysics as empirical, pluralistic and comparative as transcendental, unifying and general.

One of the chief instigators of this new approach is the Brazilian anthropologist and now philosopher Eduardo Viveiros de Castro, whose 2009 Métaphysiques Cannibales perhaps marks the first case of an ‘actual’ anthropologist, in the disciplinary sense, explicitly undertaking such a philosophy. (And ‘real’ philosophers agree: the book was published alongside those of Étienne Souriau, Tristan Garcia and Graham Harman in the Presses Universitaires de France series, edited by Quentin Meillassoux, Patrice Maniglier and others, entitled ‘MétaphysiqueS’.) A native of Rio (and carioca irony) who did fieldwork with a Northeastern Amazonian Indian group known as the Arawaté, Viveiros de Castro is widely known in social anthropology for showing that what falls under the domain of ‘social’ and ‘human’ relations for such Amazonian peoples is so broad – animals, plants, spirits are all conceived as persons – that modern distinctions between nature and culture, animals and humans, and even descent and marriage ties are effectively inverted. A generalized ‘potential’ or ‘virtual affinity’ obtains (‘affinity’ is the kinship term for relations established through marriage) wherein beings, because they are all initially related and thus ‘social’, must be established as ‘natural’ and substantial in the same way that conventional, cultural ones elsewhere have to be.

The means of doing that, from hunting to ritual to shamanism, involve contending with the additional fact that every relatable entity is conceived as having, whatever its bodily form, a soul – intentionality and apperception – of a ‘human’ character, and that all beings thus perceive themselves as humans, and other beings as either animals or cultural artefacts. Jaguars, for example, are thought to see themselves as humans, to see humans as human prey like peccarys and monkeys, and their own food as that of humans (blood as manioc beer). Successfully negotiating one’s relations with other beings therefore requires adopting their perspectives, as shamans do when they become animals, in order to know what they see things as being, and thereby in turn anticipating and knowing them as definite beings. What emerges from this ‘perspectivist’ universe, Viveiros de Castro continually emphasizes, is an ontology that reverses the terms of one of our most fundamental metaphysical dualisms. Because perspectivism confers on all beings the same ontological status, and distinguishing between them requires knowing the differences between their bodies, ‘culture’ becomes the underlying domain uniting beings in Amazonia and nature the differential, separating one. A ‘multinaturalism’ effectively prevails that is the converse of our naturalist multiculturalism.

Yet how Amazonian cosmology might function as a metaphysics for us goes well beyond its upsetting of our certainties about nature and culture and right to the core of contemporary philosophical debate. Although Métaphysiques Cannibales might appear to confirm, as nothing else has, that the forms of thought of indigenous peoples accord a central role to relations, virtualities and becomings in the way Deleuze claimed, Amerindian thought flips more than just the metaphysical poles by which modernity orients itself but also the very terms by which even critical, minor philosophies have conceptualized them. Viveiros de Castro’s frequent recourse to structuralist notions of inversion, duality, analogy and reciprocity primarily derives not from the influence Lévi-Strauss holds on his thinking but from the fact that the latter elaborated structuralism on the basis of North and South American materials rooted in conceptual schemes that are anything but a metaphysics of logocentrism or transcendence. When set next to Deleuze (especially the Deleuze of the remaining Deleuzeans), Amerindian cosmology can arguably be seen as regarding as actual the kinds of differential, relational realities Deleuze saw as only virtual, and phenomenal entities as being much more insubstantial than present. Amerindian metaphysics can effect for us a (quasi-dialectical) transformation of Deleuze’s thought that thereby connects both of them to the still poorly recognized challenge to the philosophies of difference of another ‘transformist’ thinker, Catherine Malabou, who has argued that the history of philosophy should be treated as a transformation group in Lévi-Strauss’s sense, and thus as subject to constant reversals.

An examination of these consequences and their stakes, however, can only come after a reading of Métaphysiques Cannibales, whose first two chapters are presented here as a single text, with the hope that the inventiveness, passion and vision of their author might help further decentre ‘philosophy’ so that it may finally become the sort of decolonial, polytraditional endeavour that it will have to be to retain its relevance in the future ‘multiversal’ world that has already begun to arrive.