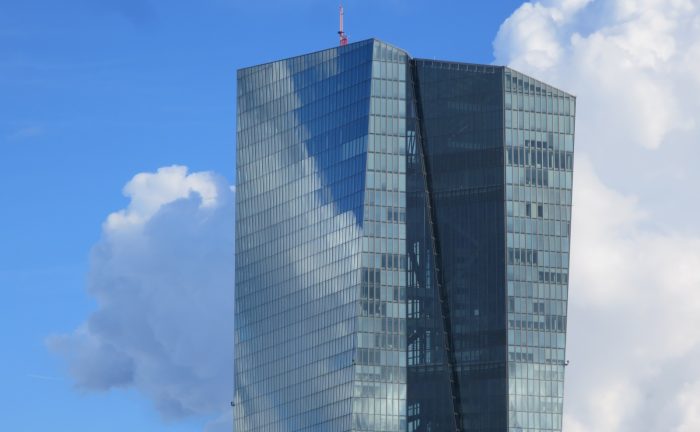 Capital and Time. For a New Critique of Neoliberal Reason

Introduction: Beyond the Critique of Speculation

This introductory chapter discusses the shortcomings of the heterodox critique of financial speculation as an irrational divergence from real values. It argues that the capitalist subject speculates not in defiance of fundamental values but precisely because it has none to fall back on. The critique of speculation is not only misleading as a general approach; but it is also incapable of recognizing the ways the neoliberal reconstruction of American capitalism has actively engaged this speculative dimension and the specific ordering mechanisms and governance rationalities that it has engendered in this way. The chapter introduces three sets of themes that the rest of the book elaborates in a more systematic way: the speculative character of economic value; the role of banking as a normalizing dynamic within the logic of risk; and the significance of neoliberalism in reconfiguring the place of speculation, risk and banking in governance.

Heterodox approaches consider speculative practices problematic because they view them as driven by an irrational belief in the self-referentiality of financial signs that fails to distinguish between real and fictitious forms of value. This chapter argues that in this way the heterodox critique of speculation has remained hostage to an essentialist understanding of value. We can move beyond such persistent foundationalism by taking seriously the paradoxical character of money as self-referential value. From the perspective developed in the book, it is precisely the inability to think of self-referentiality properly that binds the heterodox critique to foundationalism. A deeper understanding of the role of selfreferentiality in economic life would allow us to move beyond the perceived need to locate phenomena in external grounds or substances and instead to foreground the question of how systems self-organize by endogenously generating their conditions of possibility.

The persistence of economic essentialism in the heterodox critique of capitalist finance is curious given the prominence of constructivist ideas in fields such as political economy and economic sociology. This chapter argues that the constructivist turn has become stuck in an idealist or rationalist constructivism, which sees norms and values as transcending the dynamics of secular time and contingency, rather than as stabilizing risk from within. Like the materialist essentialism that it is so critical of, such an idealist approach is unable to do justice to the role of complexity and contingency in the emergence of norms and systems. The prominent theme of performativity has ended up reproducing similar problems, and the chapter discusses the travails of actor-network theory from its origins in a critique of Kantian idealism to the adoption of precisely such a theoretical perspective in its recent engagement of money and finance.

This chapter argues that Luhmann’s more radical brand of constructivism allows us to move beyond the conceptual antinomies discussed in the previous chapters. Luhmann’s work emphasizes that the processes through which an identity is assembled never generate an external consciousness or a totalizing view. The self-referential character of systems means that they principally cannot transcend the condition of contingency and the need to speculate. Luhmann thus advances a specific problematic of order –how does a logic of interacting contingencies produce coherent norms and identities? His work explores how systems generate their own conditions of possibility, in the absence of externalfoundations. In some  respects Luhmann’s understanding of how entities emerge runs parallel to the way actor-network theory depicts this process, but the emphasis on contingency and temporality gives his work a significant critical edge.

This chapter argues that although Luhmann’s understanding of contingency and order provides a useful way to frame the distinctive problematic of economy, Luhmann himself did not see this connection clearly. His work remained overly concerned with the interaction of discretely differentiated social subsystems. He was unable to see the economy as anything other than just another social subsystem and consequently his analysis of the dynamics of hierarchization were somewhat abortive. His work does little to acknowledge
the growing influence of money and finance and the erosion of boundaries between the economy and other spheres. In other words, Luhmann did not seize the opportunity afforded by his work to formulate a “non-essentialist economism”–a perspective that takes economy as the central ordering mechanism of modern life without succumbing to the problem of essentialism.

5 Foucault beyond the Critique of Economism

To develop a non-essentialist economism, this chapter looks to Foucault’s later work on governance through risk, which presents an understanding of normalization as a process of self-organization. The engagement of risk is understood in terms of a continuous breaching of existing norms that nonetheless generates its own sources of normativity. Foucault’s analysis of neoliberal reason emphasizes the way it has intuited the necessity of contingency and has brought speculative logics into the heart of governance. The chapter develops this point to argue that neoliberal rationality functions on a logic of preemption, a
paradoxical practice that blurs the distinction between prevention and activation. The paradoxes of preemptive temporality intensify during times of crisis, when concern with the future comes to be attended by a reactionary quality.

This chapter pursues the analysis of capitalist temporality. The rise of modern capitalism as accompanied by the emergence of a distinctive experience of time, one in which humanity sees itself as making its own temporality, understanding present practices as having emerged out of a past and as shaping a contingent future. Time becomes a practical question, and the present becomes a moment of decision. Such decision involves the need to reassess the value of past investments and to adjust one’s portfolio of speculative investments. The distinctive temporal logic that governs the dynamics of capitalism is best reflected in the rules of double-entry bookkeeping, which codify the principle that a subject needs to make promises and invest the cash proceeds of those commitments in promises made by others.

7 Minsky beyond the Critique of Speculation

This chapter advances a new reading of Minsky’s work that moves beyond the standard interpretation of it as a post-Keynesian critique of financial speculation. Minsky understands economic units as balance sheet entities, and he views the dynamics of capitalism as generated by actors taking speculative positions on the future. He sees the logic of banking as central to the endogenous production of economic order, but is at the same time acutely aware of the ever-present possibility of sudden breakdown. Rejecting perspectives that see financial policy as operating on the economy from the outside, Minsky emphasizes the continuity between practices of banking and their governance, as well as the ways financial instability has often accelerated dynamics of financial hierarchization. This book places Minsky in a distinctive tradition of thinking about central banking that takes the lender-of-last- resort function as the key modality of financial governance.

A Minskyan understanding of central banking implies that financial governance can in principle never be neutral. Last-resort lending protects the payment positions and sustains the asset values of banks deemed to be systemically significant, and by providing this kind of too-big-to-fail insurance it sustains the practices that gave rise to instability in the first place. An element of “moral hazard” is inherent in central banking. Much of the history of modern finance can be understood in terms of the tension between the endogenous character of money production and the fantasy that we can bypass the logic of economic self-organization to define money exogenously. This chapter explores the dynamics of this interaction between practices and conceptions of (central) banking and its governance.

9 Lineages of US Financial Governance

This chapter examines the evolution of US financial governance to the 1970s. In response to the crash and the Depression, the New Deal reforms expanded the “financial safety net” of the banking system. Dynamics of financial boom and bust were replaced by a constant inflationary pressure that was increasingly experienced as problematic. The practical problem of financial management consisted in the fact that the American state needed to conquer an inflationary dynamic that was sustained by its own basic insurance and lending operations. Minsky seemed to feel there was no real way for the American state to escape the awkward dynamic in which it was constitutively embroiled. But it was the policy turn initiated by Volcker at the end of the decade that changed some of the key parameters of financial expansion.

If Volcker perceived the problem in terms of how the state might change the way it related to a process in which it was constitutively implicated, he framed the question of financial management as a broadly Hayekian problematic: How is ordering possible if there is no political agency that can place itself outside the logic of risk and speculation? This chapter examines the rationality of neoliberalism through the lens of Hayek’s work and his critique of idealist constructivism. For Hayek, there is no outside to the logic of risk, and he considered acting without certainty not just possible or acceptable but necessary and imperative. Insisting on a purposeful embrace of a speculative orientation, neoliberalism functions on a logic of preemption, in the dual sense of both activating contingency and so forestalling the most serious threats it represents.

The Volcker policy turn was driven by the wager that the instability it caused would set in motion wider adjustments. In this way it laid the basis for the emergence of a distinctly neoliberal rationality of financial governance that centers on a dynamic of speculation, bailout, and austerity. Whereas heterodox perspectives have often viewed the proliferation of sources of contingency in the neoliberal era as a destabilizing development that undermines order, this chapter draws attention to the paradoxical sources of resilience that characterize this logic. While the chapter identifies the concern to provoke the future as a key feature of neoliberal governance, it emphasizes that this logic involves a reactionary moment that manifests itself fully when uncertainty becomes acute. Such times are marked by an absence of meaningful choice, and the logic of preemption now manifests itself in yet a third sense, as a foreclosure on the future.

12 The Critique of Capital in Neoliberal Times

Following the crisis of 2007-8, many commentators announced the end of neoliberalism. In response to the unexpected survival and even intensification of neoliberalism, critical scholarship has become increasingly interested in what it views as neoliberalism’s ability to suspend its own contradictions. Current policies are often said to be merely delaying the inevitable crisis of neoliberal capitalism, a system that is no longer in touch with its foundations and long past its objective date of expiration. This chapter emphasizes that such critiques are unable to theorize how capitalist finance produces its own, immanent temporal structures or to recognize the distinctive governance rationalities and ordering mechanisms that are engendered in this way.