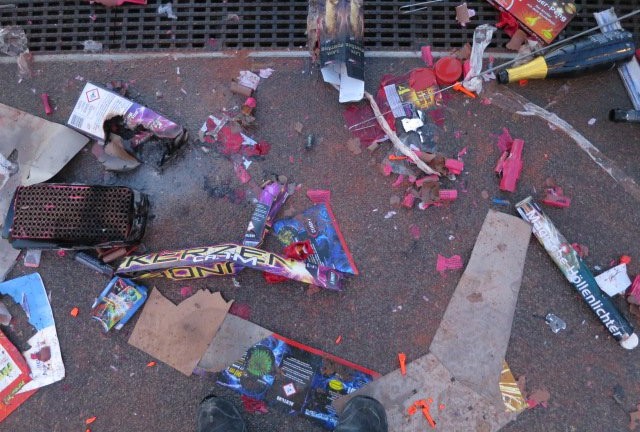 ‘Commodification’ is often used as a short-hand way of defining what capitalism does, but all too often it’s used as a synonym for transaction or exchange. Yet buying and selling are not specific to capitalism and, more importantly, there are consequences in organising a critique of, or opposition to capitalism on the grounds that ‘markets’ are bad.

Polanyi is one of the more emphatic exponents of this position, but the same argument has been put by others so as to make alliances with conservatives possible, or simply so as to present a conservative position in a more presentable marxian idiom. Whether in the context of ‘anti-globalisation’ milieu or the more recent Occupy Wall Street, or in the development of a version of feminism which—let’s be honest—has been deemed acceptable by the self-selected manguard for their alliances with far Right clerics in anti-pornography or anti-sex work campaigns (and, as it happens, worse), the stakes are hardly trivial or simply conceptual.

‘Commodification’ in Marx’s writings is an ambivalent term that on many occasions, as Phyllis Zuckerman argued long ago in “Le supplement de nature [Nature as Surplus]” situates “use-value” outside the dynamics of value, as if it were a placeholder for Nature. She went on to argue that:

Marx partially recognizes the contribution of nature to an economic system. Yet he does so in terms of an analogy which assimilates the family to nature. Labor is the father of material wealth, nature its mother. Thus the term which appears as identical to itself, prior to the differentiations that form the basis for the production of value, is already marked by a family structure which seems to organize the other oppositions in the system, between economy and nature, form and matter, value and virgin soil, surplus and its absence.

Zuckerman’s essay, originally published in French in 1979 and translated into English in 1983, was once a canonical part of feminist readings of Marx. But it was significant to both the refusal of Platonism (with its foundationalist imperative) and a developing marxist feminism, for the simple reason that any careful reading of Marx’s writings will suggest that

The difference between the sexes emerges into the logic of economics just at the point when this difference can no longer be sustained as a difference grounded in ‘nature.’ Thus Capital [v.1] works within the presuppositions of the logocentric tradition [or, specifically that of political economy], yet re-works the tradition, making it impossible for us to assume a position of innocence or purity outside of fetishism, from which to describe the illusions of the system.

Zuckerman does not elaborate in that essay on the formula of capital, but she nevertheless carefully marks the dynamics of excess and surplus that shape the transitions from M to C to M’.

What she also underlined is that commodification is a question about surplus value, and therefore surplus labour. To the extent that discussions of the market or commodification avoid the issue of surplus labour, they are neither marxist, nor communist, nor progressive even, but conservative—in the precise sense that they conserve the conditions of surplus labour (and of capitalism) by presenting them as natural, outside the circuits of market, commodity and the materialities of everyday life.

For my part, I think Zuckerman does not have a theory of race, and this tends to foreclose questions about time. As accurate as it is an account of surplus labour, it remains more formalism (and therefore Platonic) than a critical theory of transformation.

Put another way: Marx’s sense of the dialectic (as it was I think for Deleuze) is not two, but three. And instrinsic to the machinery of value. By which I do not mean class plus gender plus race, but the relation of a foundationalist concept of Nature (sexual difference, but biological concepts of Nature more generally, and therefore race) to time, particularly with respect to concepts of origin and future that assign values to particular properties and their transmission through time and space. All concepts of race require a concept of sexual reproduction, and the ‘reproduction of races’ hinges on normative concepts of their reproduction. Just as, it might be added: all concepts of sex and sexuality require a concept of race, even if this tries to anchor in the idea of the ‘human race,’ or species, constantly in fear of slipping down the slope of infinite regress and … ‘What next!? People marrying animals?!’

In other words, genealogy. In any event, it seems to me that the three-fold dynamics of dialectical forms are easily established, from Lockean liberalism (with its three temporal orders of the contract) to Marx’s critical diagram of political economy: exchange value, surplus value, value. The crucial ‘third term,’ the specificity of capitalism, is surplus value, not commodification.