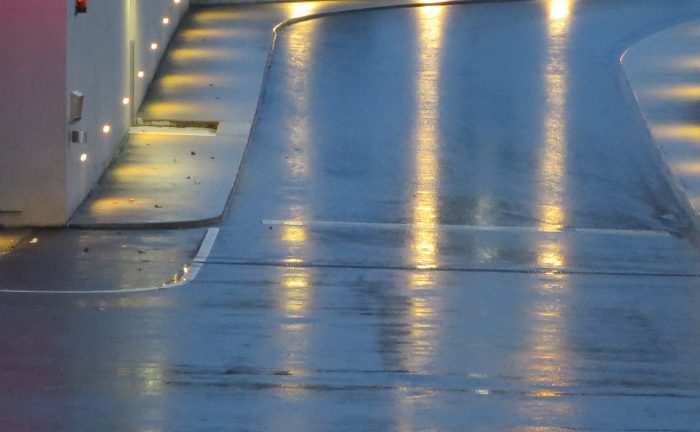 Contemporary schools of thought and the problem of Labour Algorithms

Despite the fall of actually-existing socialism, the idea of computerized economic planning continued to be developed by small groups of theorists, who have advanced its conceptual scope further than anything attempted by Soviet cyberneticians. Two schools have been of particular importance: the ‘New Socialism’ of Scottish computer scientists Paul Cockshott and Alan Cottrell (1993); and the German ‘Bremen School’, which includes Peter Arno (2002) and Heinz Dieterich (2006), the latter an advocate of Venezuelan-style ‘Twenty First Century Socialism’. These tendencies have recently converged (Cockshott, Cottrell & Dieterich, 2010). However, because little of the Bremen group’s work is translated, the focus here will be on the New Socialism of Cockshott and Cottrell.

The distinguishing mark of the New Socialist project is its classic Marxist rigor. Accordingly, its twenty-first century super-computer planning follows to the letter the logic of the late nineteenth century Critique of the Gotha Program (Marx, 1970), which famously suggests that at the first, ‘lower’ stage to communism, before conditions of abundance allow ‘to each according to his needs’, remuneration will be determined by the hours of socially necessary labour required to produce goods and services. In the capitalist workplace, workers are paid for the reproduction of the capacity to labour, rather than for the labour actually extracted from them; it is this that enables the capitalist to secure surplus value. The elimination of this state of affairs, Cockshott and Cottrell contend, requires nothing less than the abolition of money—that is, the elimination of the fungible general medium of exchange that, through a series of metamorphoses of money in and out of the commodity form, creates the self-expanding value that is capital. In their new Socialism, work would be remunerated in labour certificates; an hour’s work could be exchanged for goods taking, on a socially average basis, an equivalent time to produce. The certificates would be extinguished in this exchange; they would not circulate, and could not be used for speculation. Because workers would be paid the full social value of their labour, there would be no owner profits, and no capitalists to direct resource allocation. Workers would, however, be taxed to establish a pool of labour-time resources available for social investments made by planning boards whose mandate would be set by democratic decisions on overall social goals.

Labour time thus provides the ‘objective unit of value’ for the New Socialism (Cockshott & Cottrell 2003: 3). It is at this point that its proponents invoke the capacities of information technology. Such a system would require an enumeration of the labour time expended, both directly and indirectly, in the creation of goods and services, to assess the number certificates for which these goods and services can be exchanged, and to enable the planning of their production. The basic tool of the input-output table reappears, with special attention to labour time, both as an input necessary for the production of goods, and as an output that itself requires the inputs of training and education. However, here the New Socialists have to confront a basic objection. Since the fall of the USSR it has been conventionally accepted that the scale of information processing attempted by its cyberneticians was simply too large to be feasible. Writing in the 1980s, Nove (1983) suggested that such an effort, involving the production of some twelve million discrete items, would demand a complexity input-output calculation impossible even with computers. This claim was repeated in recent discussions of Red Plenty, with critics of central planning suggesting that, even using a contemporary ‘desktop machine’, solving the equations would take ‘roughly a thousand years’ (Shalizi, 2012).

Cockshott and Cottrell’s answer involves new tools, both conceptual and technical. The theoretical advances are drawn from branches of computing science that deal with abbreviating the number of discrete steps needed to complete a calculation. Such analysis, they suggest, shows their opponents’ objections are based on ‘pathologically inefficient’ methods (Cockshott, in Shalizi, 2012).

The input-output structure of the economy is, they point out, ‘sparse’—that is to say, only a small fraction of the goods are directly used to produce any other good. Not everything is an input for everything else: yogurt is not used to produce steel. The majority of the equations invoked to suggest insuperable complexity are therefore gratuitous. An algorithm can be designed to short-cut through input-output tables, ignoring blank entries, iteratively repeating the process until it arrives at a result of an acceptable order of accuracy.

The time would be further reduced by massive increases in computer processing speed yielded by Moore’s Law. Suggesting high-level economic planning is done on a ‘desktop machine’ is disingenuous. The issue is supercomputing capacity. According to an email communication from Benjamin Peters, in 1969, the time of Red Plenty, the ‘undisputed workhorse’ of the Soviet information economy was the BESM-6 (‘bol’shaya electronicheskaya schetnaya mashina’ – literally the ‘large/major electronic calculating machine’), which could perform at an operating speed of 800,000 flops or ‘floating operations per second’ – that is, at 8 megaflops, or 10^6 flops. By 2013, however, supercomputers used in climate modelling, material testing and astronomical calculations are commonly exceeding 10 quadrillion flops or ten ‘petaflops’. The holder of the crown at the time of writing is Cray’s Titan at the Oak Ridge National Laboratory achieving some 17.6 petaflops (10^15) (Wikipedia, 2013). Supercomputers with an ‘exaflop’ capacity (10^18 flops) are predicted from China by 2019 (Dorrier, 2012). Thus, as Peters (2013) says, ‘giving the Soviets a bit generously 10^7 flops in 1969, we can find (10^18 – 10^7 = 10^11) . . . a 100,000,000,000 fold increase’ by today.

With these capacities, Cockshott and Cottrell’s suggestion that the computer requirements for large scale economic planning could be handled by facilities comparable to those now used for meteorological purposes, seems at least plausible. The ‘calculation problem’, however, involves not just data processing but the actual availability of data; Hayek’s claim was not merely that central planners cannot crunch economic numbers fast enough, but that the numbers in a sense do not exist prior to price setting, which provide an otherwise absent measure of production performance and consumption activity. Again, Cockshott and Cottrell suggest the answer lies in computers being used as a means of harvesting economic information. Writing in the early 1990s, and invoking levels of network infrastructure available in Britain at the time, they suggest a coordinating system consisting of few personal computers in each production unit, using standard programming packages, would process local production data and send it by ‘telex’ to a central planning facility, which every twenty minutes or so would send out a radio broadcast of adjusted statistical data to be input at local levels.

This is a scenario too reminiscent of the ramshackle techno-futurism of Terry Gilliam’s Brazil. To bring the New Socialists up to date we should instead refer to Fredric Jameson’s iconoclastic vision of Wal- Mart as ‘the shape of a Utopian future looming through the mist’ (2009: 423). His point is that, if one for a moment ignores the gross exploitation of workers and suppliers, Wal-Mart is an entity whose colossal organizational powers model the planned processes necessary to raise global standards of living. And as Jameson recognizes, and other authors document in detail (Lichtenstein, 2006), this power rests on computers, networks and information. By the mid 2000s Wal-Mart’s data-centers were actively tracking over 680 million distinct products per week and over 20-million customer transactions per day, facilitated by a computer system second in capacity only to that of the Pentagon. Barcode scanners and point of sale computer systems identify each item sold, and store this information. Satellite telecommunications link directly from stores to the central computer system, and from that system to the computers of suppliers, to allow automatic reordering. The company’s early adoption of Universal Product Codes had led to a ‘higher stage’ requirement for Radio Frequency Identification (RFID) tags in all products to enable tracking of commodities, workers and consumers within and beyond its global supply chain.”