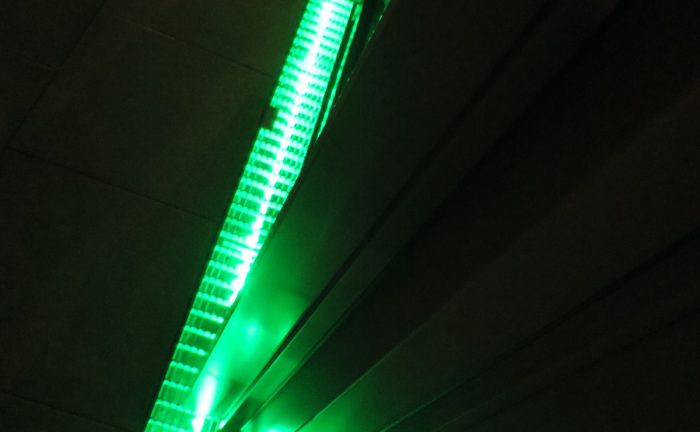 One of the key motives of the crypto scene is the recurrent claim that the spread of crypto-currencies and the associated decentralization of the financial sphere will help the world’s poor and underpriviledged.1 The reality, however, is that decentralization is promoted and practiced only if it promises to provide a more efficient way of surplus value production. Centralizing wealth and property, for example, is not a problem for most crypto enthusiasts.

Vitalik Buterin (one of the chief developers behind the second largest blockchain project Ethereum to date) in some tweets just before Christmas 2017 raised the question of whether the crypto community has earned the meanwhile achieved market capitalization of about half a trillion dollars. As a result, it became clear that he is not comfortable with the mindset which parts of the community promotes and which is solely focused on profit maximization. The real mission of the Crypto currencies, he hinted, was to help the underprivileged. He cited Venezuela’s citizens as an example by asking how many of them actually found protection against hyperinflation in crypto currencies. After all, that’s the strength of a currency that does not depend on a central bank; seems to be the underlying assumption.


He also raised the question of how many people without a bank account have finally been granted access to the global financial system through crypto currencies. With these tweets, Vitalik Buterin exemplifies a broad and, in my opinion, hegemonic ideological current within the crypto community. It is therefore not surprising that the answers to his tweets, in addition to all sorts of persistence slogans, also listed numerous projects that promise to implement precisely these two motives, ie “help the underprivileged” and “bank the unbanked”.

For example, the project “Giveth” does not want to be less than an “an Open-Source Platform for Building Decentralized Altruistic Communities“.2 The projects in particular is trying to reduce the bureaucracy in charity projects and provide more transparency. While one would have to reply to Giveth that they do not even question at all how these altruistic patrons came to their prosperity in the first place, a large donor of the so called ‘Pineapple Fund’ at least recognizes in an interview that the existence of cryptocurrencies alone does not yet lead to prosperity for all.3

The University of Nicosia, which became the first university to establish a ‘digital currency curriculum’4, in their December 2017 newsblocks distributed via email stated that “blockchain technology has come to help the underprivileged in the world”.5 But without providing any proof of how this had been done or how this could happen in the future, the newsnlocks preferred to proceed to recommend technical discussions and investment recommendations.


Lastly, the variant of the ‘bank the unbanked’ motive gets a cynical spin, as projects such as ethlend.io, claim as a desirable innovation the possibility that everyone can finally go into debt with everyone simply and unbureaucratically. This is based on a simplified assumption: More debt leads to more trade, more trade to more profit and more profit to more wealth. At least in total. Hayek and Ludwig Erhard already knew that. Only the numerous credit bubbles and the growing debt of large parts of the population cast a shadow over this theoretical construct.

This brings us straight to an important point: while self-proclaimed crypto enthusiasts promise nothing less than a revolution in the existing financial and economic order, so far they have worked almost exclusively with the theories and models of (neo)liberal capitalism. The economic order they pretend to revolutionize. The basic problem is, as already mentioned, that neither the new forms of the charity nor the financial market applications put into question how the social wealth is generated and distributed. At best, the privileged6 are placed under the moral obligation to give away or lend some of their wealth. It is up to them to decide whether, in what form and with whom they share. That this is diametrically opposed to the crypto community’s own claim for the greatest possible degree of democratic control and decentralization should need not be mentioned separately here. Even if many blockchain initiatives are wrapped up in charitable pathos, it remains to be noted that behind the auspicious announcements of various projects and protagonists, presented with a revolutionary style, are hidden the old bourgeois myth of wealth through profit maximization.

Particularly striking is the discrepancy between claim and reality with a simple look at the account balances of various bitcoin wallets: The formulated decentralization claim finds its limit in the unquestioned “capital centralization” aka “capital accumulation”. The blockchain, a publicly accessible database, provides us with relatively easy access to data that would be well-guarded by traditional banks. The account balances of all the addresses of a crypto currency network can be read out using specially designed tools. This is part of the transparency that is still upheld by some crypto-currency advocates. For others, this transparency is a thorn in the side, which is why quite a few projects are already working with total obfuscation of the data within the blockchain. Before we are looking at a few figures, it is important to note that there is a high probability that individuals, projects, or groups will manage multiple blockchain addresses. In addition to the desire to keep one’s “market share” secret, security aspects can also play a role here. On the other hand, it is equally likely that individual addresses are managed by multiple people. With the help of metadata one would certainly be able to bring even more light into the darkness here. Nevertheless, the numbers show a tendency, and this is very similar to the well-known distribution of financial wealth:

Anyone who feels reminded here of the figures from the Oxfam reports10 on the distribution of global wealth should also wonder where exactly the difference between the crypto-economy and the known economy lies.
Measured by their own claims to decentralize the economy and thus create a fundamentally new financial system, the crypto currency scene has failed so far anyway. Rather than being a “completely new form of economics”, the crypto-economy is merely a continuation of the process of surplus value creation on a new technological level. How else could this be if the old theories and ideologies remain the basis of this new economy?

1Exemplary: “The technology is here to stay and with it the hope of helping the underprivileged around the globe.” UNIC Newsblocks, Issue 39 – Dezember 2017 | weitere: OmiseGO , everx.io u.a.

3„I’m not going to say that bitcoin easily lets people with no wealth become a multi-millionaire though…“ https://hackernoon.com/meet-the-founder-who-pledged-5-057-btc-86m-to-charity-688685e922f6

5“The technology is here to stay and with it the hope of helping the underprivileged around the globe.” UNIC Newsblocks, Issue 39 – Dezember 2017

9https://bitinfocharts.com/de/top-100-richest-bitcoin-addresses.html | For the sake of completeness it must be mentioned here that charity funds such as the ‘Pineapple Fund’ should make up part of these addresses. However, there is no denying that the power to decide how these funds are used remains largely centralized. Of course, nothing is said about whether these decisions are made in a good, bad, fair, meaningful or responsible way. At any rate, they are not decentralized.