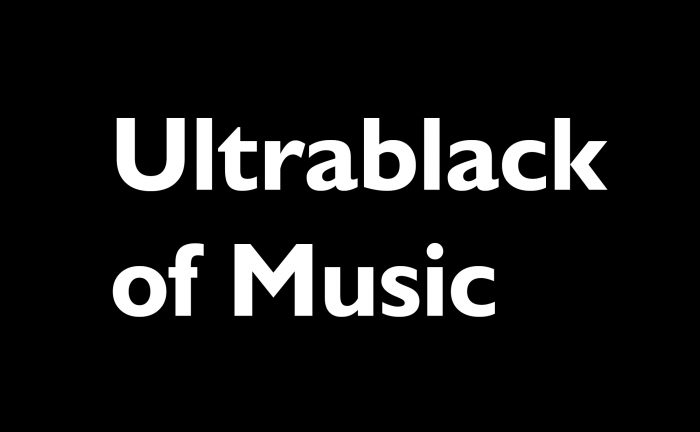 Deleuze/Guattari and the Schizo-Attractor (Ultrablack of Music)

For Gilles Deleuze, art is in a constant state of tension, inasmuch as it oscillates between the poles of chaos and order and must constantly come to schizophrenic updates if it is to break out of triangulation. In Deleuze’s work, this negentropic metastability takes the form of an inclusive disjunction (neither … nor/this or/this and/or this and/or this), that is, the form of a paradoxical instance or an aleatoric point. The asymmetrical relations between the virtual and the actual and the optical and audible confirm this figure. One could mention at this point the Lorenz attractor, which distributes sonic and visual intensities between the polarities of chaos and order or difference and repetition, crossing boundaries across certain passages that lead to the formation of foreign attractors in which the continuous variation or asymptotic orbit of the fractal dimension reigns entirely. One could speak of “chaosmos” or of the chaotic form of art that preserves itself in the interstices of becoming.

For Deleuze/Guattari, one of the important questions in music is whether the unformed, when it traced chaos, can be heard within the structure of the audible or the music. (The unformed is not the same as noise.) And then one quickly comes to another question, namely whether a passage (of deterritorialization) between music and noise that is close to the unformed exists and can be actualized by musical events (sound, not music). Music, on the other hand, is always an (absolutely) discrete step away from chaos. It can only be heard if it makes itself audible as form, being formed within dynamic models and relations. The Deleuzian deterritorialization brings with it a destructuring of the ever articulated music and leads to a state that is still audible, but no longer as classically organized music, but as a sound event that, for Deleuze, still requires the consistency of a composition; this kind of music touches the mimicry of chaos and requires no representation. For Deleuze/Guattari, the unformed sound events occur within the three-dimensional rhizome and not in a two-dimensional vector space. A pure material beyond musical structures serves here to generate sound that is non-signifying in its becoming, that is, the sound belongs neither to language nor to meaning; it is not a song, although it may appear as such. Deterritorialization means to hear-think sound as undecidability (between audible and nonaudible). From the outset, then, music would no longer even be organized sound, but the diagrammatic constitution of a counterfactual space-time, which also enables a transformation of hearing within the possibilities offered by such sound music. If one cannot theorize this type of music in toto, it is not because one cannot hear this music, but because it remains the unheard in the audible. Here music/sound asks for the direct, without updating it. The question of the direct is directed at something unthinkable or undecidable or at something that establishes a new type of relation between two realms, between the real and the apparent, the will and the idea, the original and the copy: a problem of resonance and the simulacrum.

At this point, the thesis of metamorphosis quickly creeps into the simulacrum, which is an immanent developmental principle that is actualized by means of the musical term of the developing variation: A motivic germ cell develops into a musical piece through variation and translation. The polyphony is constitutive for this, uniting perspective complexity in the sense of bundling individual perspectives into an overall perspective. The polyphony organizes the horizontal course (melody, rhythm) and the vertical layering (harmony) by interlacing the two parts. But this doesn’t have to be coherent at all and doesn’t have to end with a piece, rather the dissonance and the piece-work can have an effect here, ever already integrated into the event. But in a certain way this always remains a process of reterritorialization, for dissonance must ultimately be substituted by consonance in order to maintain the harmony of the tone sequences. This process confirms the hegemony of the tone, which is primarily determined by the pitch, which is why the music and music theory of the West is still oriented to the pitch system as the dominant parameter. At the centre of the composition are also the tonic, dominant and subdominant, the first of which is the dominates the other two components. Schönberg’s twelve-tone music seeks to evade this systematicity by introducing atonality, but in turn develops a self-contained system that prevents free atonality. A free polyphony, on the other hand, is associated with Adorno, in which polyphony is achieved by the fact that each voice and each instrument remain non-identical in their progressions and thus create “harmony” without reducing the non-identification of the themes and progressions. This results in an ideal collectivity for Adorno.