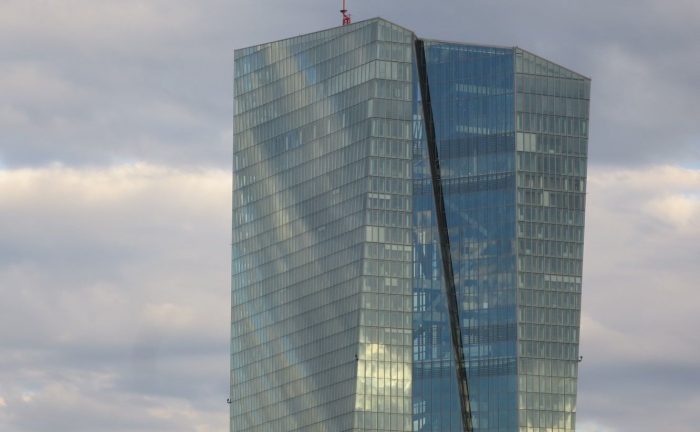 (The Black-Scholes equation, a performative mathematical method and a model for calculating the price of an option, became famous because to some extent it can be used to deduce the gains and losses of options through recursive adaptations or dynamic hedging strategies, or, to put it another way, to neutralize directional risks in the financial markets using the performance of the Black-Scholes equation. The two inventors of the formula assume that unforeseeable events will occur in the future with a similar contingent spread as events have occurred in the past, so that risks prove to be predictable to a certain extent insofar as they can be derived from past developments. And the rational investors – this too is one of the prerequisites that Black/Scholes make – behave like particles in a liquid (Brownian motion), whose exact location cannot be predicted, but the dispersion of their motion and its realization can. Thus creditors and debtors can apparently decide without risk on a risk structure preferred by them. Under these conditions, the cash flows of different assets (options and shares) are compared, i.e. current and future volatility are equated.
In the Black-Scholes formula, the price of an option is calculated using a differential equation containing five variables: Strike price, maturity of the option, risk-free interest rate and the price and volatility of the underlying asset. The only unknown factor in the equation is the volatility of the underlying, which can at least be estimated by historical data or by calculating the implied volatility.
Risk neutrality is a non-mathematical parameter designed to guarantee a derivatives market that is sui generis free and immune to any socio-economic differences and events that might allow derivatives to be priced differently. This excludes arbitrage, i.e. the same derivative cannot have a different price in Frankfurt than in London and on this basis it is further assumed that the model undoubtedly allows a derivative to be perfectly hedged. A security can be

The aim is to achieve high profitability for private banks and other financial institutions, albeit in a different way from CDOs. When banks sell CDSs, they receive fees, even more so, the purchase of CDSs allows them to save money, since the bonds on the balance sheet, which have a weak credit rating, require significant capital reserves to compensate for the risk that a debtor can no longer pay. If the default risk is now reduced by a CDS contract, then the capital reserves can also be reduced and new money funds released in order to expand one’s own business. And today even the CDS risks are hedged and thus apparently reduced.
This mechanism accelerated the growth of mortgage issuance by US banks in the years prior to the 2008 financial crisis, so that the volume of CDO and CDS transactions continued to grow. The permanently underrated risks (in the context of mortgage origination) also helped this mechanism to grow further, with low central bank interest rates supporting this process. This included the growing use of subprime lending, with private banks increasingly lacking borrowers from 2006 onwards who had the potential to repay their loans. In this context, CDSs can certainly be seen as important catalysts for the growth of financial capital. Their function is, on the one hand, to hedge financial risks and, on the other hand, to adjust banks’ lending to customers in order to increase profitability again at a time when low interest rates are damaging businesses and yields derived from certain investments.

The high fees generated by these sales also made it possible to better secure the CDO business of the banks themselves. However, the packaging of CDOs into CDOs of CDOs and into CDOs of third order did not eliminate the alinearity and dysynchrony of the structuring of risks, but instead led to an implosion of CDOs and at the same time intensified the dependency of financial institutions on each other by successively increasing mutual credit claims.
We are currently facing a new wave of CLOs (collateralised loan obligations) on the financial markets. The CLO is a fixed or floating rate asset, a type of securitisation covered by collateralised loans. The banks produce a high volume of differentiated CLOs with loans, which can contain between 100 and 200 corporate loans from various sectors. As trustee, a credit institution manages the process of processing corporate loans (collateral, payment, documentation) and prepares a monthly report for investors. The credit portfolios of the CLOs are divided into different classes (A to subordinated (equity) and evaluated by at least one rating agency and traded as listed assets.
Like the CDOs, a CLO bundles high-value loans and high-risk low-quality loans into attractive packages with a high credit rating. In May 2017 there were two deals with a price of $1bn and experts estimate that in 2017 CLOs will be traded with a price of $75bn. Although many loans used as collateral in these deals have junk status, the CLOs are rated up to 50% triple A. Now that credit defaults are expected to increase in waves, the mathematical models would also have to evaluate correlation risks, i.e. the chance of defaults occurring simultaneously. However, for most models used to assess CLOs, it is assumed that the correlations are low. If, however, many defaults occur at the same time, the expected triple-A investments will disappear into nowhere. CLOs are merely CDOs in a new guise.