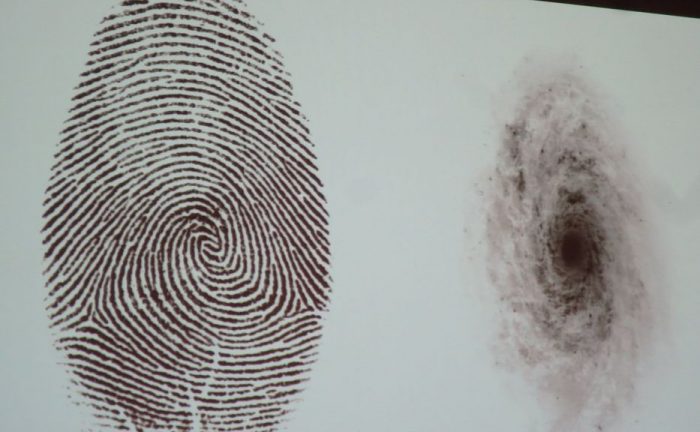 Since the emergence of bourgeois society and throughout the course of its existence, the emphasis on man has been the price paid for the development and the autonomization of exchange value as well as for the progressive reification of human relations. The more capitalist dehumanization – the ‘organic composition’ of society and of individuals – expanded, the more the reference point for ideology, regardless under which sign, became – in opposition to the artificial, the fictitious and the despotic of these relations – the natural, the genuine, the human. But if the bourgeois apologists held the invariance of human nature as an obvious guarantee for the planetary system of exploitation, the same terrain was misunderstood within the proletarian movement, causing them to exalt – against capital and the injustice of the relations of production – work and the mere unfolding of productive forces, which were posited as the general equivalent of man and the emancipated subject.

This misunderstanding would prove to be fatal for the movement. Marx’s reminders and warnings in the Critique of Gotha Programme were not enough – by virtue of a theory tenaciously rooted in a naturalist and positive, albeit critical, option – to enlighten the proletarians to the fact that, as it had been written in all the letters unmasking political economy, capital and labor are two poles of a single relationship, which must be taken or left in tandem rather than as isolated components. Hegel, defined (and glorified) the unfolding of the essence of capitalist society as a process within which substance becomes subject. His immediate adversaries, materialists and existentialists, sought out the true and authentic subject on the reverse side of the “automatic” subject of capital, proceeding through alienation, which was highlighted by the Hegelian dialectic; such a subject would again become, sometimes mythically, substance, human nature, only no longer falsified and disfigured. Here the human was configured as something subterranean, a substratum temporarily lost and covered up by the exteriorization of every immediate, vital relationship, but destined, after the pain of alienation, after the odyssey of history as “prehistory” or as “fall,” as “exteriority,” to resurface and to triumph. Hence the blind abandonment, both hopeful and desperate, to the forces of objective reason, of progress, of history. The theory that held on to the claim of the human in the face of its alienation and capitalization could only do so by neglecting the fact that precisely such corruption, far from being in conflict with the human essence that was historically revealed, was no more and no less than the result of its exaltation, the prolongation of its natural features, exterminators and bearers of death.

Thus when fully decoded, humanistic and anti-humanistic demeanors do not reveal themselves as alternatives, but as immediately identical. If, by bitter irony, the Stalinist reproach of idealism directed at the Lukács of History and Class Consciousness and at radical communism is correct, this is so because such dangerous idealism results not in the impatience of the revolutionary gesture, but in the insistence on alienation and renewal of the human as the cornerstone of the critique of capitalism, an insistence which will later be common – as a critique of fetishism and a call to “live” – to phenomenology and existentialism. Nothing is more paradoxical than the demand to return to the human subject in order to overcome alienation and to make him, if possible, more of a proprietor than he already is [più proprietario di quanto già non sia], as if anti-humanism, the final union between capitalism and barbarism, were not inscribed in the mechanism of generalized self-preservation whereby the universal human being cancels and eradicates everything that does not reflect it. Today it has finally become clear that the humanist reference point, even in its most radical forms, is nothing more than the inverted expression of the “anthropomorphosis of capital,” of the “death of man.” But the anti-humanism professed by the dominant modes of thought and above all by structuralism – which, with an irony as profound as it is involuntary, replaces philosophy with the “human sciences” – always continues, precisely as the “mimesis of the dead,” addressing the objectives of self-preservation and of the subject: transvestite humanism in disguise. This is evident in the fact that it raises the problem of a shift in thinking – as a problem of “decision,” “choice,” “will” – in highly subjective terms. To really think in a way that is no longer humanistic does not mean, then, to think in anti-humanistic terms, which are still always despotic, arbitrary, violent: in a word, humanistic. We cannot get out of the dialectic, out of the damage of a bad history, just by changing its sign, by “turning it upside down”: every determined attempt at a reversal only results in its umpteenth confirmation. To distance oneself from man, from his history as a possessive subject in which irreconciled nature persists without being recognized, does not mean to identify with the aggressor, or to surrender oneself to the ongoing dehumanization, to the objectivity of a straight path, to seeing well, even if this refers to impersonal subjects in the last instance.

The critique of ideology, confronting reality with its ideal premises, the unmasking of false consciousness and false reconciliations – even in the extreme forms adopted by “Critical Theory” – these have all been rendered vain by late-capitalist society’s absolute integration of the proper spheres of appearance and of the human, of the outside of domination and the reified: culture, criticism, democracy. However, even if this integration has shown that the reference to meaning, to fullness, to the value of use — in a word, to man, is nothing more than an alibi for barbarism and one can no longer invoke man except with a bad conscience, the consequence of all this is not to abandon oneself to the truth of the facts, to the inhumanity of survival. The non-human, that which has remained outside the dialectic and the false alternative between humanism and anti-humanism, is perhaps the utopia of thought: something that does not lie in the affirmation or, vice versa, in the violent death of man and his appearance, but rather in his suspension and disappearance. What would be the profile of a thought that nourishes itself from the non-human, from the trace of what no longer exists or does not yet exist, from what is no longer, what never was human, from that which is not impiously subjective and natural in the human? Even if this omen – as limit, anxiety or promise – nourishes all idealism, from the doctrine of the intelligible in Kant to the self-recognition of the absolute spirit in Hegel, up to the realm of freedom in Marx, it still has the function of reparation, compensation, reintegration. Built on the pain of appearance, of self-recognition, of history, in idealism the non-human never seems to be able to truly free itself from its bad and guilty roots: in its fulfillment it still maintains the characteristics of its odyssey, only under an inverted sign.

Non-human, radically different, would instead be, perhaps, a moment to be disclosed in a gesture of farewell addressed to idealistic dynamics, as a goodbye to the exaltation of the human brought to its explosion point. It would be the renunciation of the replacement of a dead god with a human who, losing the sense of his identity, expands according to a devouring impulse until he empties and annexes – as a totality – all limits, all transcendence, all infinity. It would be the refusal of the subject who claims, demands, does; a willingness to give himself to that which is repressed and imprisoned in and outside of himself, receiving them and thus ridding himself of his bad, immediate urgency. It would be – as a difference – that line where the impure mixture of subject and object, which is the character of the dialectic completed, finally dissolves and separates. Thus, the non-human, since it does not fall under the movement of history, is not the immobility of myth: rather, it is the stopping of history; since it does not coincide with the expansion of the subject nor with its mere annihilation, but rather with its cracking; since it does not correspond to the exaltation of consciousness, it is not the formless silence of the unconscious: rather, it is its irreducible voice. The disintegration of identities, the unmaking of totalities — not because their fragments, those formless asymmetries forced to “go outgo outside of themselves [uscir fuori (1)]” — will once again become contradictions, driving moments of the world’s destiny, nor because they are abandoned to their blind drift, becoming easy targets for the verdict of dialectics, but rather because they persist in their non-identity.

(1) This has the connotation of the Hegelian ‘Aussersichgehens,’

which is how I have translated the phrase here, even though the original Italian does not contain the reflexive pronoun. The meaning seems to me to be a bit more clear this way.