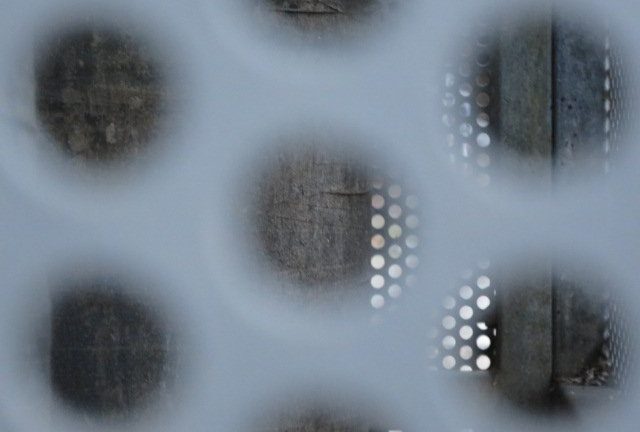 How to Spot a Digital Philosopher

The expression “Digital Philosophy” has a specific meaning. Recently I’ve tried to expand that meaning to include other thinkers and traditions from throughout history, not just those who claim, improbably, that “the world is a giant computer.” I’m thinking, for instance, of Richard Dedekind’s work on arithmetic, or the Wittgenstein of the Tractatus, or Leibniz’s monadology, or indeed Alain Badiou’s ontology. Such work, and much more, could conceivably come under the heading “Digital Philosophy.”

How to spot a digital philosopher? First, listen to how he talks

The digital philosopher will favor structures generated through difference. These structures of difference include binary opposition, hierarchy, and norms, but also rupture, distinction, and cutting. His preferred mode of analysis is to divide a complex world into just two categories.

The digital philosopher will favor analysis over synthesis; he will want to break things down into their constituent parts. These small parts turn primarily around binary difference, but ultimately constitute arrangements that are multiple.

He will favor abstraction, structure, language, logic, rationality, and form. He will be a structuralist, a rationalist, a formalist, a critic, a mathematician, an idealist, a metaphysician.

Also look at what he’s wearing

Stylistically the digital philosopher is a rationalist at heart. He will produce definitions. He will use the indicative mood. He will assert claims. (The present text is thus an example of digital philosophy, at least trivially.)

A digital philosopher’s style sense is narrow. He will prize logical consistency; he will shun logical bugaboos like paradox, circularity, and tautology. He will favor the precise steps of deductive logic over the widening flows of inductive logic.

Aesthetically he will value clarity and rigor above all. Beauty for him comes in the form of simplicity, elegance, and purity. He favors maximal simplicity, yes, but also maximal power and potentiality. In fact the optimization of “the maximal” as such — or, interchangeably, “the minimal” — is a core part of the digital method.

Next, parse what he’s saying

Moving beyond these more superficial observations, the most important core characteristic of a digital philosopher is that he will be an atomist of some variety. He will claim explicitly or implicitly that nature consists of small quanta. These little units might be particles, energy states, linguistic codes, semiotic signs, finite numbers, DNA nucleobases, or something else entirely.

Being an atomist, the digital philosopher is hence obligated to deny continuity. He will claim that the apparent continuity of space and time is merely an emergent epiphenomenon of some much more fundamental discrete phenomena.

The digital philosopher will favor arithmetic, integers, and rational numbers, along with their counterparts, the letter, word, symbol, and sign. He will assume that arithmetic can stand in for all of mathematics and that the integers can stand in for all numbers, indeed for all forms of representation. The digital philosopher will ground number in the unit, what Leibniz called the monad.

He will value unity and singularity above all; multiplicity is allowed too, but only because multiplicity is a logical extension of unity. For the digital philosopher, the multiple simply means the repetition of a basic unit.

The digital philosopher thinks in terms of “common measure” and thus devotes himself to symmetry and type. He is comfortable with things like classes, sets, groups, families, names, laws, and other forms of abstract classification. For him, families and types are best when they have clear boundaries. Hence he will be skeptical of hybridity, heterogeneity, and mixing of types.

Since the digital philosopher is comfortable with symbols and signs, he accepts that there is something like a “symbolic order.” This symbolic order might consist in the semiotic sign, sexual difference, money, or in other symbolic systems.

He will pursue a rigorous theory of causality (cause, telos, will) even if such a prize is elusive. His causality will be both deterministic (given a state, the future state is known) and reversible (actions run in both directions). Contingency and accident are to be avoided and curtailed as much as possible.

Finally, take a step back to get a better look

The root of digital philosophy is arithmetic. Arithmetic is the science of standard units arranged in regular structure. If you spot someone working primarily with integers, letters, symbols, particles, or some other standardized atoms, you have likely spotted a digital philosopher.

Postscript: I am not a digital philosopher. At the same time, I freely enact digital methods and have a penchant for digitality in thinking and writing. Most people are not digital philosophers, in fact, at least not strict ones. At the same time, most people believe in and enact some of the tenants of digital philosophy, at least in part, through a kind of complex alloy of both the digital and the analog. Because of this I suspect that, if pressed, most would probably cop to that most miserable human condition, dualism, or at least, like Spinoza, a dualism within multiplicity. There are infinite attributes, claimed Spinoza, but only two *that we yet know*. Likewise, there are likely infinite modes of mediation, even if the digital and the analog are the two most common.