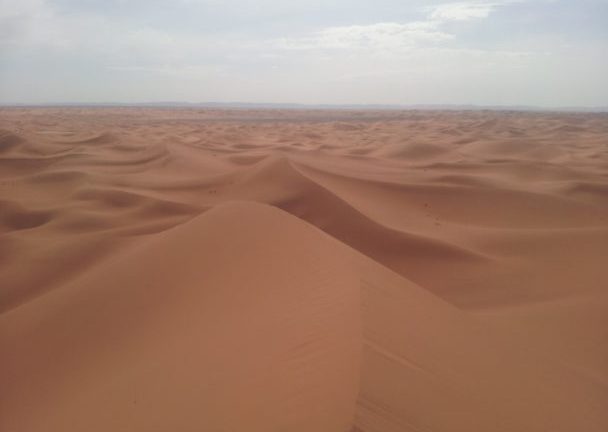 How to Spot an Analog Philosopher

How to spot an analog philosopher? First look at his attachments… What does he love the most?

Analog philosophers value life and vitality, and thus have a special affection for nature. They talk about energy and aliveness, but also the same thing in reverse, dissipation and death. The ugliest ugly is the most beautiful beautiful, and vice versa. An analog philosopher might be a new age spiritualist or decadent goth, there is no conflict.

“Consider the world’s diversity and worship it,” proclaims Ariel in Derek Jarman’s Jubilee (1979). “By denying its multiplicity you deny your own true nature.” Indeed analog philosophers admire diversity and heterogeneity, along with difference and multiplicity — qualitative multiplicity, that is, less so the arithmetic kind. “All creatures great and small” is the analogger’s mantra.

Valuing heterogeneity in things, analog philosophers also value heterogeneity in causal relationships. Analog causality is that of serendipity and coincidence. Whatever happens does so primarily through contingency, accident, or randomness.

Analog philosophers value honesty over virtue, beauty over truth. Proper proportion is the main thing that matters. They value nuance, ambiguity, paradox, and slippage between terms. They begin not from consistency but from contradiction, ubiquitous contradiction. Analog culture is a culture of iridescent vitality and spontaneous creativity. It is thus frequently absurd, nonsensical, or comic. Laughter is an analogger’s favorite eruption. Or, when not laughing, the analog philosopher is enthralled in a swoon of wonder over the intricate beauty of the world.

Then consider how he acts

While digital philosophers are often quite explicit about their methods, analog philosophers are characterized by being “against” method. Being against method is, of course, its own kind of methodology, and analog philosophers gravitate toward those traditions that suppress or otherwise circumscribe method such as empiricism, pragmatism, aesthetics, skepticism, and nominalism. Analog philosophers find “the world’s diversity” not by modeling it or generalizing about it, but simply by looking at the world and being present with it.

The analog empiricist will remind us that “sensation follows no law.” The analog pragmatist will claim “there’s more than one way to do things.” The analog aesthete will complain that “there’s no accounting for taste.” The analog skeptic will maintain that “we can’t know for sure.” The analog nominalist will say “we can’t generalize.”

Overall, analog philosophers resent naming, even as they dole out reams of Linnaean labels. Names simply presume too much. They’re too reductive; they’re bad at accounting for the reality of things (complexity, change, context, contradiction). In this sense, nominalism means “in name only.” Nominalism does not promote the power or validity of names so much as admit their failure. I say “name,” but this includes adjacent things such as symbol, law, and idea. Analog philosophers resent all of these things. Nevertheless the perfect analog event is the generation of the (mere) name, the (mere) symbol, the (mere) law, the (mere) monad, the (mere) idea.

Next make a note of his profession

Analog philosophers are biologists, whether by explicit profession or informal habit. Or at least analog philosophers aspire toward biology, be it literally or metaphorically. “Consider the world’s diversity and worship it,” is just a more grandiose way of saying “let’s document and study natural complexity in all its variety.” These analog biologists crave data not definitions, raw input rather than structured output. Clusters or behaviors are more important to them than axioms or proofs.

Analog philosophers are very rarely mathematicians, whether literally or metaphorically. While the substance of mathematics includes analog phenomena (real numbers, curves, infinity, continuity), the practice of mathematics favors digital tech like integers, symbols, arithmetic, algebra, and logic. For instance, Richard Dedekind formulated the first definition of a real number, but he did so using digital technologies, specifically using rational numbers, but also the digital technologies of cut, set, and pair.

Analog philosophers will want to consider the fact of a thing more than the conditions of a thing. The analogger’s best tool is the example, or the counter example, either way. When given a universal, the analogger will always response with a particular. He’s drawn to the “actual” and uses it strategically. If you hear someone say “now let’s consider the actual world…what’s actually going on” you have encountered an analog philosopher. This is another way to understand why analog philosophers tend to be empiricists (“let’s look at the world”) and pragmatists (“practical instance, not general concept”).

Since they favor actual facts over meta conditions, analog philosophers will reject critique and hermeneutics, priding themselves on having a post-critical, practical outlook. For this reason, analog philosophers are rarely staunch partisans, and tend to avoid politics. Instead, analog philosophers favor the ethical over the political, since the former considers action within a lived relation while the latter entails the ultimately binary encounter of friend and foe.

Speaking most generally, analog philosophers are drawn to poetry, romanticism, and mysticism. As poets, they maintain that meaning exists within and beyond structured rationality. As romantics, they keep fidelity to the realm of feeling. As mystics, they know that being is always more than mundane presence.

Take a step back to examine first principles

Thus far I’ve been describing, in a sense, the consequences of a mature analogicity. But what details are necessary for it to form in the first place? The most important technical detail for analog philosophy is some form of continuity or continuous variation. The most common instances of continuity are the continuity of time and space, and the continuity of human sensation and experience.

Analog philosophers freely acknowledge the existence of matter and reality. They tend to be realists or materialists. Their heroes are figures like Heraclitus, Aristotle, or Deleuze — although for different reasons. More generally, analoggers value process and becoming, and gravitate toward the process philosophy of someone like Whitehead. Analog philosophy considers flux to be elemental. All things are in a state of metamorphosis. All things have a liquid materiality: plastic, water, metal. Their sublime is a gerund sublime. For this reason, the analog philosopher is frequently uncomfortable with more structural categories like names, symbols, and signs. While he might grudgingly acknowledge the symbolic order, he considers it illegitimate both politically (that the symbolic is not beneficial) and empirically (that the symbolic is not actually real).

(Dialectics is sometimes considered a variety of analog philosophy given their mutual interest in process and becoming. Although I have my doubts, considering the importance of negation, alterity, and antagonism within dialectics. There is no true negation in the analog paradigm; all analog “negations” are somehow still affirmative or additive, like two waves cancelling each other out, or one color intermixing with another color.)

The most advanced science of continuity is geometry, which is to say the real science of points, lines, space, and — most importantly — curves, waves, and figures. In this sense, analog philosophers will be geometers of some variety, whether literally or figuratively. And if you encounter someone engaging with a line, wave, or figure, you likely have encountered an analog philosopher. Analoggers view the world as a continuously variable landscape, legible through a series of singularity points. Analog philosophers thus freely embrace “real” or geometric infinity (the infinity of points), while remaining skeptical toward “natural” or arithmetical infinity (the infinity of particles). Analog philosophers favor the real to the natural.

Finally, consider the analog’s relationship to dominant forms of thought

Analog philosophers are thus “hysterical,” but only in a very technical sense of the term. I mean the hysteric as the one who upsets the discourse of the master by stubbornly asserting not P when presented with P (“you say such and such, but i don’t think so”), or claiming the contingency of P (“okay, but it depends because P changes under different conditions”).

Frequently hysterical, analog philosophers are also often “irrational,” but again only in the precise, technical sense: they admit a reality in which things cannot be defined in terms of a ratio between two discrete values.

Postscript – On Mixtures of the Digital and the Analog