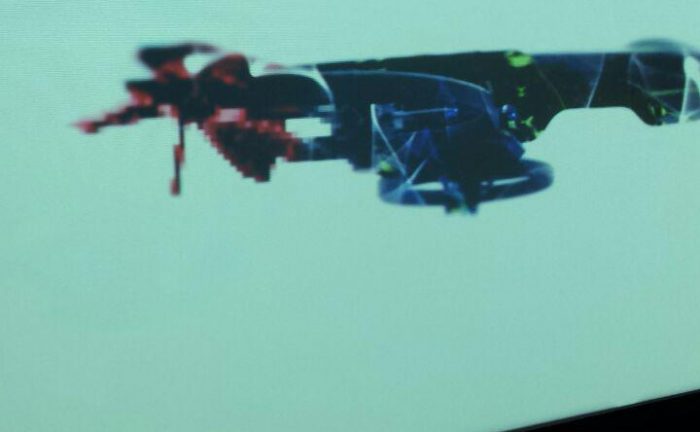 In response to the scenario outlined by General John Allen, in which the United State practices restraint by keeping (minimal) human decision-making in the OODA ‘loop’ and China does not, DMF asks an important question: “why wouldn’t China feel constrained”. Why indeed? One response would be that China, as a bold emergent superpower, would feel pressured to development hyperwar capabilities to their fullest extent because it is operating without complete knowledge of what its geopolitical opponents are up to – which is why it seems likely, in my opinion, that the US’s professed restraint would slacken quickly in the scenario that hyperwar technologies are achieved. The nuclear arms race between the US and the Soviet Union didn’t see the stockpiling of incomplete weapons – it saw the continuous development of weapon systems with the hope that simply having these systems would prevent the ultimate, final conflict. Optimizing the means of apocalypse guarantees sovereignty (and shifts the terrain of conflict elsewhere).

This brings to mind two different scenarios that, while opposed, are not necessarily mutually exclusive in long-term thinking – under the precondition that hyperwar capabilities are actually achieved. They are:

1) Hyperwar goes ‘live’, a point at which the question of whether or not the human stays in the OODA ‘loop’ is a moot point due to the rapidly-escalating speed of the conflict. The opposing sides will have no choice but to race to the point where the human is squeezed out – and when this occurs, the scenario speculated about at the end of yesterday’s post becomes a reality. Live hyperwar puts (human) civilization on a fast-track to Doom in the form of a Skynet scenario.

2) Hyperwar capabilities are reached (the human factor is an aside at this point), but the specter of what live hyperwar guarantees foregrounds it as a deterrent. This draws from with Deadliner’s insights on the future necessity of the possibility of “Malevolent AI” (MAI) – that is, AI that “can negatively affect human activities and in the worst case cause the complete obliteration of the human species” – on securing sovereignty in the face of harsh geopolitical competition.

This brings us to two additional, opposing sub-scenarios which tie directly into a hot topic of discussion in the accelerationist and NRx spheres: patchwork and exit._

2A) Hyperwar-as-deterrence ushers in a new global order based on intensified political fragmentation and production of sovereign units.

2B) Hyperwar-as-deterrence curbs the ability for fragmentation of this sort to occur and locks-in the current geopolitical arena and its competitors.

Scenario 2A is the path of X-Risk Democratization, the position staked out by Land and others of the technocommercialist lean. An example of this dynamic already in action is the actions taken by North Korea in developing their nuclear capacities in the face of international opposition. While the specter of war raised its head repeatedly, it has averted (for now, at least) and the regime gained precisely what it set out to do: secure itself, and gain better seats at the negotiating table. This is the consolidation of a sovereign unit, and it is predicated on technologies whose cost and availability seems to fall over time. Thus for Land, x-risk democratization points towards an even greater diffusion of the ability to gain these capabilities right to point where sovereign units are able to multiply and protect themselves.

Nukes would do it. They’re certainly going to be democratized, in the end. There are probably far more remarkable accelerating WMD capabilities, though. In almost every respect (decentralized production capability, development curve, economy, impact …) bioweaponry leaves nukes in the dust. Anyone with a billion dollars, a serious grudge, and a high-end sociopathy profile could enter into a global biowarfare-threat game within a year. Everything could be put together in secret garages. Negotiations could be conducted in secure anonymity. Carving sovereignty out of the game would require only resources, ruthlessness, brilliance, and nerves. Once you can credibly threaten to kill 100,000,000 people all kinds of strategic opportunities are open. The fact no one has tried this yet is mostly down to billionaires being fat and happy. It only takes one Doctor Gno to break the pattern.

Scenario 2B would raise the counterpoint that while yes, techno-economic trends will make ease in securing pre-hyperwar and hyperwar-grade technologies accessible, the current major geopolitical actors already have a leg-up in the already-existing arms race. Simply put: they will get there before others – and if they get there first, that threat can be leveraged against would-be secessionists.

The debate between Scenario 2A and 2B must be left open-ended, as counterpoints and counter-scenarios to each rapidly multiply, especially when measured against time-tables. A conversation this morning about this with Mantis and Schwund dug into some of these issues. A few snippets: