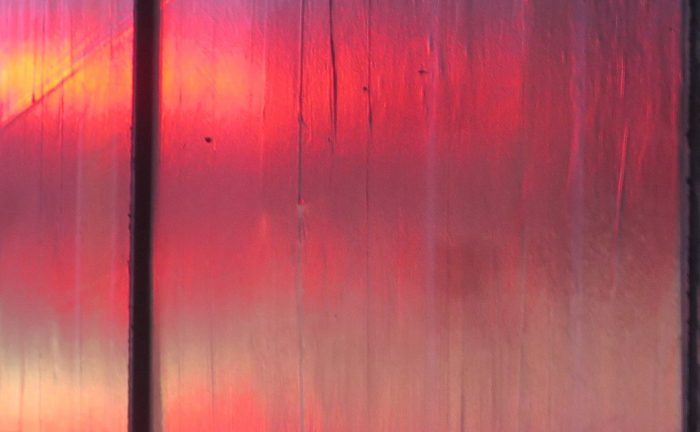 Does the unconscious still have something to say to us? We have saddled it with so much that it seems to have resolved to keep silent. For a long time it was believed to be possible to interpret its messages. A whole corporation of specialists worked away at this task. Nevertheless, the results were hardly worthwhile, for it seems likely they have all gone astray. Would the unconscious definitively speak an untranslatable language? It’s quite possible. It would be necessary to start again from the beginning. First of all, what is this unconscious really? Is it a magical world hidden in who knows which fold of the brain? An internal mini-cinema specialized in child pornography or the projection of fixed archetypal plans? The new psychoanalysts have worked out more purified and better asepticized ideal models than the older ones: they now propose a structural unconscious emptied of all the old Freudian or Jungian folklore with its interpretative grids, psycho-sexual stages, and dramas copied from antiquity … According to them, the unconscious would be “structured like a language.” Yet, it goes without saying, not like everyday language, but like a mathematical language. For example, Jacques Lacan currently speaks about the “mathemes” of the unconscious … We have the unconscious we deserve! And I must acknowledge that the structuralist psychoanalyses are even less appropriate in my view than the Freudians, Jungians, or Reichians. I would see the unconscious instead as something that we drag around with ourselves both in our gestures and daily objects, as well as on TV, that is part of the zeitgeist, and even, and perhaps especially, in our day-to-day problems. (I am thinking, for example, of the question of “the society we choose to live in” that always resurfaces around the time of each electoral campaign.) Thus, the unconscious works inside individuals in their manner of perceiving the world and living their body, territory, and sex, as well as inside the couple, the family, school, neighborhood, factories, stadiums, and universities… In other words, not simply an unconscious of the specialists of the unconscious, not simply an unconscious crystallized in the past, congealed in an institutionalized discourse, but, on the contrary, an unconscious turned towards the future whose screen would be none other than the possible itself, the possible as hypersensitive to language, but also the possible hypersensitive to touch, hypersensitive to the socius, hypersensitive to the cosmos … Then why stick this label of “machinic unconscious” onto it? Simply to stress that it is populated not only with images and words, but also with all kinds of machinisms that lead it to produce and reproduce these images and words.

We are accustomed to thinking of material and social facts in terms of genealogies, archaeological residues, and dialectical progress or in terms of decline, degeneration, and rising entropy … Time goes on toward better days or plunges blindly toward unimaginable catastrophes; unless it simply stares to vegetate indefinitely. We can bypass these dilemmas by refusing any sort of causalist or finalist extrapolation and by strictly limiting the object of research to structural relations or systemic balances. But no matter how one goes about it, the past remains heavy, cooled down, and the future seems largely mortgaged by a present closing in on it from all sides. To think time against the grain, to imagine that what came “after” can modify what was “before” or that changing the past at the root can ​transform a current state of affairs: what madness! A return to magical thought! It is pure science fiction, and yet …

​Rene Thorn, who knew how to denounce the “dream of information theory” with humor, or rather the dream of those whose hopes depend upon a set of formal systems and morpho-genesis,’ perhaps did not come to the end of his intuition. Does he not lend himself to the brunt of his own criticism when he sets out in search of a system of algorithms that would be able to give an account of every morphogenetic change, of every “catastrophe” capable of affecting an assemblage?

He rightly considers that the “abstract logoi,” immigrants of the physical and biological world, never stop “invading” the cerebral world. But there are many other continents from which such “invasions” develop, beginning with the world of socio-economic assemblages and that of the mass media. According to him, every interaction is brought back to the phenomena of formal resonance in the last analysis (page [200]). On the contrary, I will start with the idea that assemblages of flows and codes arc first compared in relation to differentiation of form and structure, object and subject, and that the phenomena of formal interaction constitute only a particular case, that of a borderline case, within the machinic processes that work upon the assemblages before the substance-form coupling.
​Abstract machines do not function like a coding system stacked on from the “outside” on the existing stratifications. Within the framework of the general movement of deterritorialization that I evoked earlier, they constitute a sort of transformational matter, what I call an “optional subject” -composed of the crystals of the possible which catalyze connections, destratifications, and reterritorializations both in the living and inanimate world. In short, abstract mechanisms emphasize the fact that deterritorialization in all its forms “precedes” the existence of the strata and the territories. Nor being “realizable” in a purely logical space but only through contingent machinic manifestations, they never involve simple combinations; they always imply an assemblage of components irreducible to a formal description. “Descending” from the pragmatic fields to the assemblages, from the assemblages to the components, and then from the components to the matters of expression, we shall see that we will not necessarily pass from the complex to the simple. We will never be able to establish a final systemic hierarchy between the elementary and the compound. Under certain conditions, the elementary can always make new potentialities emerge or make them proliferate and include the remainders within the assemblages to which it is related. Also, rather than starting with the elementary, which is likely to be merely a lure, the analysis will attempt to never simplify or reduce what seems preferable to call a molecular level. Machinic molecules may carry the keys of encoding that lead to the most differentiated assemblages. Moreover, the scope of the “most complex” generally seems to depend upon the fact that these molecular machinisms are more deterritorialized and more abstract.

​​from the book: THE MACHINIC  UNCONSCIOUS (ESSAYS IN SCHIZOANALYSIS) by Felix  Guattari ​