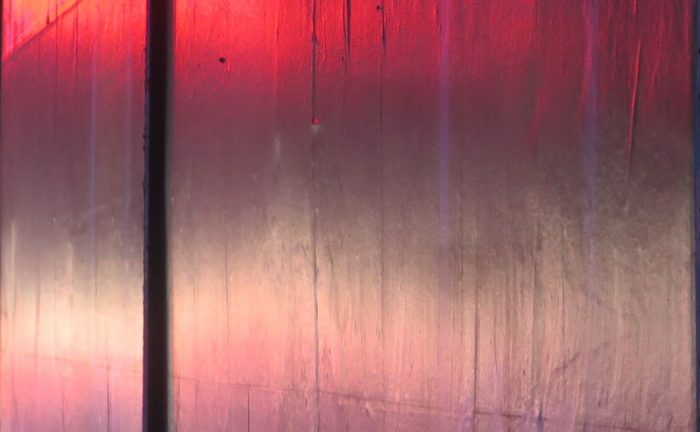 If it is true chat abstract machines arise neither from the subject-object phenomenological couple, nor the set-subset logical couple, and consequently escape from the semiological triangle denotation representation-signification, then how do we conceive the possibility of saying anything about them? What will become of representation when there is no longer a subject to record it? These are a few of the difficulties that will lead us to call the status of the modes of sensitization and subjectification into question. The assemblages do not acknowledge–as of yet-objects and subjects: but that does not mean that their components do not have anything to do with something that is of the order of subjectivity and representation, but not in the traditional form of individual subjects and statements detached from their context. Other processes of encoding and “ensigning,” independent of a deixis and an anthropocentric logic, will thus have to come to light. Universality will no longer have the discourse of a subject, incarnating itself in a word, a revealed text, or a divine or scientific law, as a compulsory reference. Logical propositions will be crafted according to machinic propositions. The singular features of a non-semiologically formed matter will be able to lay claim to universality. Conversely, the universality of a process of coding or a signifying redundancy will be able to “fall” into contingency. While conferring onto singularity points a particular power of crossing stratified fields, the signs-particles conveying quanta of possibles will only equip them for a limited number of universal capacities. Indeed, the assemblages that embody the singularity-abstract machine conjunctions remain prone to being undone for the purpose of opening up other possibles and contingencies. Universalist thought always conceals a reverential fear with respect to an established order-be it religious or natural. On the contrary, the thought of assemblages and molecular machinisms should continue connecting all sorts of practices situated in the perspective of the changes and transformations of the existing orders and the diminishing of their power.

​Linguistics and semiology occupy a privileged place in the field of the humanities and social sciences. Many problems that other disciplines in this field are unable to solve are reinvestigated by the linguists and semiologists who are supposed to know the real story. Benefiting from a favorable bias due to their achieving fashionable status, and credited with a high degree of “scientificity,” linguistic and semiological theories are frequently used as an alibi for all sorts of pretexts. One refers to them as though they were dogma or holy texts. Several generations of psychoanalysts thus spouted forth an incredible amount of Saussurian “signifying” without any critical distance, and even, for most among them, without really knowing what they were talking about. The attitudes of linguists and semiologists have seemed in my view to coincide perfectly with that of psychoanalysts on an essential point: everyone agrees to avoid any overstepping of their respective. problematics regarding political, social, economic, and concrete technological domains which are in their common territory. The reflections and suggestions that I devote to questions of linguistics and semiotics at the beginning of this book will focus mainly on questioning of this shared problematic. ​In these essays we will successively approach: – questions of a linguistic and semiotic nature whose examination, in my view, constitutes an essential precondition for any revision of the theory of the unconscious and in particular the manner in which the problem of pragmatics is posed today; – questions relative to assemblages of enunciation and pragmatic fields considered from the angle of unconscious phenomena in the social field;  – two fundamental categories of the redundancies of the machinic unconscious: faciality traits and refrains;  ​- the bases upon which a schizoanalytical pragmatics can be constructed that would be non-reductive with regard to political and micropolitical problems;  ​-in addition, a “machinic genealogy” of the set of semiotic entities proposed throughout this work which, in my view, seems to be able to function within the framework of pragmatics that would no longer be exclusively a matter for linguistics and semiotics.  ​A second essay will be devoted to the trajectory of faciality traits and refrains in the work of Marcel Proust.  ​In order to help the reader familiarize themselves with a few of the problems and terms that will constantly reappear during this essay, but which will be approached from partial angles, I here present a sort of synthetic glossary of some of the essential conclusions.

​Against the model of the syntagmatic tree, analytical pragmatics and schizoanalysis will oppose something that is not a model, but a “rhizome” {or “lattice”). It will be defined by the following characteristics:
​- contrary to Chomskyan trees, which start at a point S and proceed by dichotomy, rhizomes may connect any point whatsoever to any other point; ​- each trait of the rhizome will not necessarily refer back to a linguistic trait. Every sort of semiotic chain will be connected to a wide variety of encoding modes: biological, political, economic chains, etc … bringing into play not only all the sign regimes but also all the regulations of non-signs;  ​- relations existing between the levels of segmentarity within each semiotic Stratum will be able to differentiate inter-stratic relations and will function on the basis of the lines of Right of deterritorialization;  ​-under these conditions, the pragmatics of rhizomes will renounce any idea of underlying structure; unlike the psychoanalytic unconscious, the machinic unconscious is nor a representational unconscious crystallized in codified complexes and repartitioned on a genetic axis; it is to be built like a map; ​- the map, as the last characteristic of the rhizome, will be detachable, connectable, reversible, and modifiable. Within a rhizome, tree structures will be able to exist. Conversely, the branch of a tree could begin to send out buds in the form of a rhizome. We will classify the pragmatic components into two categories:  ​1. Interpretative components, which we shall indifferently call generic or generative transformations and which imply a primacy of semiologies of resonance and signification over non-interpretative semiotics.  ​They will also be divided into two general types of transformations:  – analogical transformations depending, for example, on iconic semiologies, ​- signifying transformations concerning linguistic semiologies ​Each of these types of the component will only be able to occupy a dominant position within the framework of a particular mode of subjectification of the contents and formations of power: territorialized or reterritorialized assemblages of enunciation for analogical transformations and individual assemblages of enunciation and capitalist subjectivity for signifying transformations.  2. Non-interpretative components, which we shall generally refer to as transformational components due to the fact that the preceding components of formal resonance do not constitute anything other, as I already mentioned, than a particular or borderline case. They will also be divided into two general types of transformation:  – symbolic transformations concerning “intensive” semiotics (on the level of perception, gesture, mimicry, etc … but also on the various verbal and scriptural levels that escape from analogical redundancies);  ​- diagrammatic transformations concerning signifying semiotics that proceed through a deterritorialization relative both to the formalism of content and expression by setting into play mutant abstract machines (systems of signs-particles and quanta of possibles working simultaneously within the register of material and semiotic realities).  At the semiotic level of coordinates of efficiency, we shall distinguish two modes of redundancy: ​- redundancies of resonance corresponding to the semiological components of subjectification and conscientialization (faciality, “refrains,” etc … );  ​- machinic redundancies or redundancies of interaction corresponding to asignifying diagrammatic components (semiotic or not).  At the level of existential coordinates, we shall distinguish three levels of consistency:  – the molar consistency of strata, significations, and realities such as the dominant (or dominated) phenomenology proposes (complete objects, subjects, individuals, etc … );  – the molecular consistency that expresses the degree of manifestation or real machinic embodiment of an assemblage (but on this level we can neither distinguish assemblages from fields nor components);  – the abstract consistency that specifies the “theoretical” degree of possibility of the two preceding consistencies. The intersection of these two frames of reference ends in six types of fields of resonance and fields of interaction: cf. table page 51.  ​

from the book: THE MACHINIC  UNCONSCIOUS (ESSAYS IN SCHIZOANALYSIS) by Felix  Guattari ​