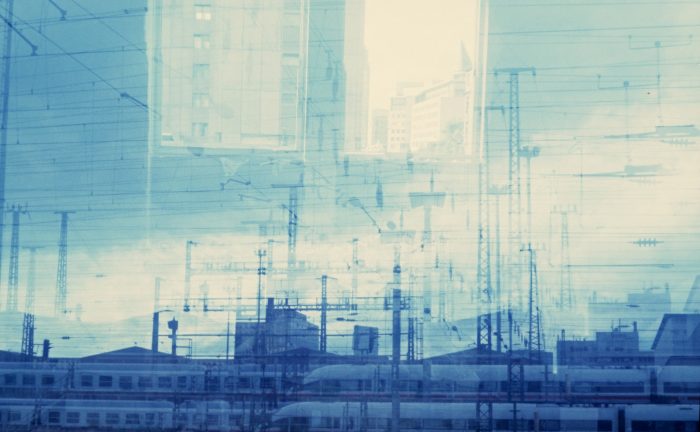 Is there any machine added surplus value?

Not the problem of the transfer of the value or the reproduction of the value share of the fixed capital, which Marazzi described in his essay The Amortization of the Body Machine (Marazzi 2012: 35ff.) (according to which the constant capital is produced twice through the operation of transmission), the focus here is not on the phenomenon of the compression of functional and working times in capitalist production, but on the phenomenon of the multiplication of value production through the use of new technologies and machines, with which the productivity and profitability of an industrial enterprise can be increased over other enterprises and other forms of capital (commercial and financial capital). From a value point of view, a company achieves a temporary competitive advantage/extra profit over its competitors precisely when it succeeds in selling its goods, which have fallen in value per unit due to the application of new technologies, above their individual value, but if possible also below the standard value valid at a given point in time in the respective sector or cheaper than those of other companies. To the extent that both the working time and the functional time (of the machines) per product unit is reduced or the output per respective time unit is increased with the increase in productivity, the company increases its share of the total value mass in the markets, i.e. it may get back more working time and/or functional time than it has used itself. Accordingly, this enterprise updates more working time/function time in the circulation at time t1 than it actually operationalized and objectified in its own production processes at time t0, because the valid standard of the total commodity values – the specific temporal norm in an economy – is not determined by the working and functional time applied in a certain enterprise, but by the “socially” valid working and functional time at the level of the total capital. The successful use of innovations allows the dominant enterprise to manufacture its products in a shorter time (shorter working and functional time), i.e. with fewer or more effective inputs than the enterprises producing with average productivity, so that its unit costs decrease at possibly higher outputs per time unit, with which not only its profit rate and its absolute profit mass increases overdimensionally, but the enterprise will at the same time absorb or collect higher shares of a social time and money package via the processes of average formation (average profit rate). Increasing productivity in the context of an individual capital then means that investments are spread over a relatively larger number of products whose value per unit decreases, so that the price per unit should actually also decrease. It remains questionable, however, whether the company passes on this cost reduction per unit, which corresponds to an acceleration and efficiency of the production processes, to a certain degree to the customers or whether it sells at the old price (average) and thus realizes very high extra profits or whether it primarily lowers prices in order to knock competitors out of the field. Of course, the company has to realize a market price at all. Initially, it is only advisable here that the dominant individual capital generates an extra profit at least temporarily through productivity increases. (MEW 25: 209) And this addresses the necessity of giving priority to relative rather than absolute measures, without ignoring the latter. We will come back to the problem of the relationship between profit rate and profit mass. At the same time, it seems imperative to focus not only on profit maximization of the individual capital, but especially on the explanation of the universal drive/movement of capital in the context of the differential accumulation of plural capital, which, as already seen, is fighting for its value shares in the total value mass in the form of realized prices, whereby above all the dominant capital comes into view, which may be in a position to use the competition mechanisms in the markets to absorb higher value shares in the total production beyond their individual labor and production expenditure. Not in profit maximization itself, but in the structural, structuring and structured motivation to “beat the average” and thus to outperform the average return (as Bichler/Nitzan also emphasize; see Bichler/Nitzan 2009: 19), is one of the important “motivations” of the capitalist (dominant) companies, which in turn are influenced by the correction mechanisms of the competition the need to outperform is forced through. Behind this lies the imperative to include not only the multiplication of absolute, but above all relative variables within the framework of differential accumulation in one’s own symbolic calculations and bookings. On the other hand, it must always be taken into account that it is precisely the recognition of the “law” of the average formation of profit rates that paradoxically allows the vision of beating the average to be taken into account, insofar as products are realized as goods at least ideally at average prices. In this sense, even the groups of the most powerful oligopolistic coalitions of capital are exposed to competitive constraints (according to Bichler/Nitzan, this refers not only to the so-called market power, but above all to the broad strategic capacity of the dominant companies to combine so-called sabotage in business with the methods of capitalisation; cf. Bichler/Nitzan 2009: 231f.).

Finally, the advantage of extra profit/extra added value in the processes of differential accumulation for a company only lasts until the majority of the competitors in an industry catch up with their own productivity standards, with the result that the productivity level of the leading company has become more or less generalised and a new basic level of production time has thus been established, at least within an industry, which is represented purely materially in a larger total quantity per time unit of manufactured products. And there is usually a general increase in the value-added rate, with the increase in the relative value added of the sub-dominant enterprises leading to the liquidation of the extra value added of the dominant enterprise. It must therefore be taken into account that the respective proportions of the individual commodity shares flow into the constantly fluctuating “total fund of the total capital”, whereby according to Marx the prices of the individual capital realised at a given time should correspond to a certain quantity of the “absolute” mass of value. (Cf. 2012: 204) To assume this would correspond to a conceptual representation which always has to keep in mind that the (impossible) quantitative determination of a total value volume represents an ex post simulation which assumes that exactly this value quantum preceded its update. (Strauß 2013: 296) We will still see that at this conceptual level not only the redistribution of so-called value quanta within the framework of averages has to be taken into account, but simply the fact that value is set in circulation, although value added does not take place in it. It is also important to explain why these processes always tend to take place via the formation of average profit rates.

With the increase in productivity within a company, a specific temporal norm is redefined in a time interval, should this actually prove to be dominant in the market in real history: For example, 2 million sweets are produced in one working hour instead of 1 million, i.e. the price for a sweet could now fall by half, but the total production value per hour measured in monetary units remains the same at first, but it is now represented in 2 million sweets instead of in 1 million, whereby the halving here only refers to the value newly added in production. Other value components that are transferred to the product (raw materials, intermediate products and operational consumption of production resources) are most likely also reduced with the increase in productivity, but not in the same dimension. The individual product, whose “individual value” has decreased due to the increase in productivity in a certain company in sector X, absorbs, it can be sold on markets at the average price, which is always related to the currently valid capital standard of productivity, a higher proportion of socially valid, abstract working and functional time. In circulation, the realization of these goods in relation to the capital-needed abstract working and functional time at the level of total capital means an actualization in favor of the more productive capital. With their realization, these products actually attract a higher proportion of socially necessary labor in comparison to products manufactured with lower productivity standards. The growth rates (volume growth per time unit) often exceed the temporal acceleration rates in production, with the result that, despite technical progress, (social) time resources tend to become increasingly scarce, so that time itself coagulates into a parameter of capitalization that is extremely important from an efficiency point of view, and these processes are fully integrated.

This is not only the case in production, but also, as has historically been the case, in circulation, the transport and communication industries, whose acceleration of the turnover of goods and capital has enabled the transaction speeds of capital in general to be considerably increased. Above all, it should now be asked why dominant capital in the course of ubiquitous acceleration mechanisms does not constantly pull away from the competition – if its accumulation, which is still bound to the (clock) time, does not meet various speed limits – and is still subject to processes of average formation of profit rates, which are permanently regulated by the correction mechanisms of the competition, how they themselves orient themselves to the average formation.

With the general implementation of new technologies, and in this context innovation must always be understood as an internal economic factor that initiates and accelerates the acceleration and growth of individual capital, the socially necessary and valid working and functional times are thus condensed; according to Marx, an average sectoral profit rate at a new level at least in the short term is achieved, whereby the respective levels are subject to a constant shift due to new wave movements caused by further technological innovations and the accompanying speed effects. (MEW 25: 164ff.) Unequal dynamics thus determine the motivation required for individual companies to use further productivity-increasing innovations, whereby Marx assumes that competition between the individual capitals repeatedly leads to a tendency to balance the diverging inter-sectoral profit rates. With Marx, one would then have to speak of a tendential balancing of the general profit rate, which is one with the various wave movements of differential accumulation. At this point, virtualization should be understood as strategies or interventions of individual capitals on the basis of the quasi-transcendental nature of capital, in order to constantly update new quantitative dimensionings, and this shows itself as a delayed fixation of past accumulation and at the same time as adaptation, control and projection of ongoing production processes. Harald Strauß puts it this way: “The past production as value quantum, i.e. as capital, realizes itself only as reflection, at the same time this measure subjects the current production to a flexion by adapting the conditions of production according to the actualized average formations. It is a double actualization movement, that of the average formations and the orientation of the current production. (Strauß 2013: 193) And there is no measure that these processes could reflect exactly. The concept of accumulation is integrated in the concept of capital as a total complexation, namely as the bridge between virtually circulating capital structure and virtually fixable capital circulation (cf. Schwengel 1977: 305) and as the connection between past and future, as the bridge between capital stock (average formation) and investment (orientation of current production as profit expectation.