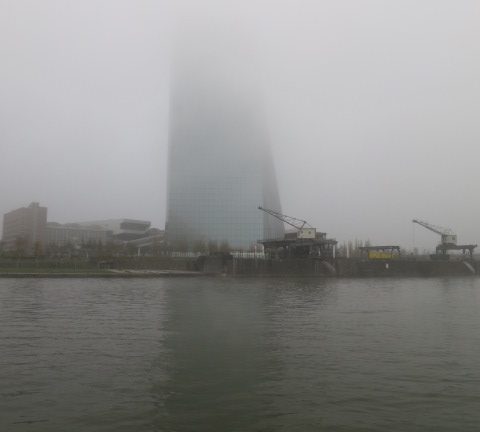 Life after Trump fascism: The Universal Basic Property and a FORS simulation

For this, we don’t need the current states and their power formations/relations in whole. They won’t help us, at least not enough. The United Nations won’t help us, too. The IWF won’t help us. As long as Ebay, Facebook, Twitter, VKontakte, Wikipedia, Kickstarter etc. are able to exist on this planet (which maybe won’t be the case for too long…), it’s possible to implement these things by building up a organisation (which I used to call the FORS project) for such an implementation (which I used to call the FORS simulation) to wipe out the existent capitalist world order and to set up a parallel existence which allows us to survive the capitalist mass murder and to change the world’s political systems to a nontological mode. All the regimes, all the mass killers around the globe will break down because they will run out of their money instituted within the relations of the 80+ currencies and their seemingly endless torture and kill engines. Every single person enslaved by wage and property regulations/relations of any kind (jobs, households, relationships) will stop working/living for the old monetary order of the 80+ currencies because if you are able to choose between a life beginning with a Universal Basic Property which will be supported by a Universal Basic Income on the one hand and pure death on the other, they will choose the first one.

How to finance the FORS project?

To gather enough money within the old 80+ currencies monetary arrangenment (which is necessary to set up the FORS simulation) we will sell whole packages (which are deconstructed shares in a way, to be exact) of Universal Basic Property, Universal Basic Income (and a few other things like the reversible loan parts) to all buyers within a broad range of like 1 Euro to 10.000.000 Euro. So it doesn’t matter if you buy a package for 1 Cent or 10.000.000 Euro (converted). You will get the same package of amounts of Universal Basic Property etc. This whole operation is all about selling the only commodity which can’t be sold in capitalism: capitalism itself. Because to sell capitalism itself, you need a completely new economic order which only can be introduced by a new monetary system with new income and property relations, their movements, their measurements and their proportions.

And the good news is: There are (still) a few plattforms on the globe to get this operation done, especially all plattforms like Ebay and all plattforms like Kickstarter. Despite no one will claim that it will be easy: “Delivery by success”. So, how much money do we need to gather to bring up the FORS project working within the old monetary order to substitute the latter? We don’t know. But the operation will have to set itself a goal. Several millions. 20 million Euros? More? Much more? It’s not that much if you consider that the whole planet – from the most poor ones to the most rich ones – will be able to purchase/invest into a package. And by the way: In doing so, every person will only be allowed to purchase one package. If there are people who purchase more, it will be suspended.

I’m ready for the revolution. But how about you?