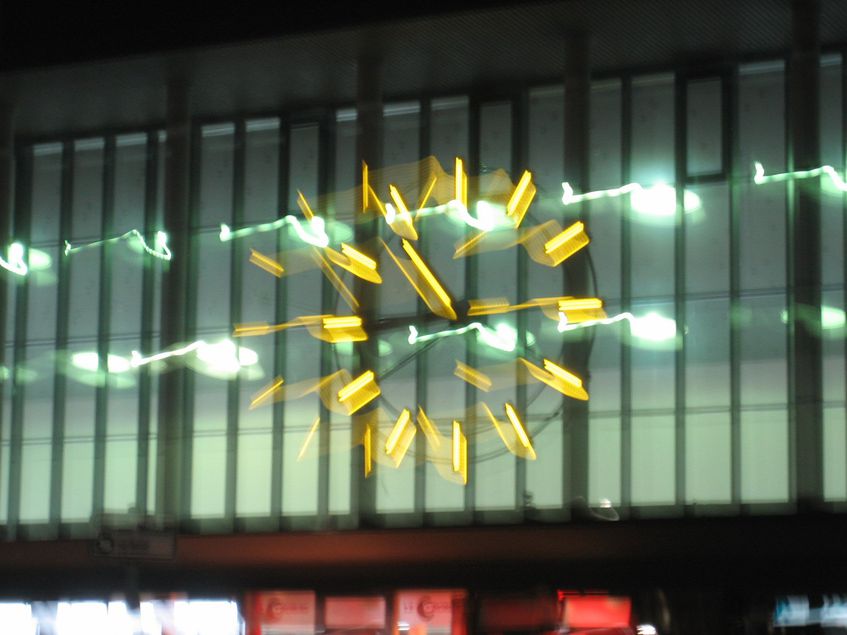 Malignant Acceleration in Tech-Finance. Some Further Rumination on Regulations.

Regardless of the positive effects of HFT that offers, such as reduced spreads, higher liquidity, and faster price discovery, its negative side is mostly what has caught people’s attention. Several notorious market failures and accidents in recent years all seem to be related to HFT practices. They showed how much risk HFT can involve and how huge the damage can be.

HFT heavily depends on the reliability of the trading algorithms that generate, route, and execute orders. High-frequency traders thus must ensure that these algorithms have been tested completely and thoroughly before they are deployed into the live systems of the financial markets. Any improperly-tested, or prematurely-released algorithms may cause losses to both investors and the exchanges. Several examples demonstrate the extent of the ever-present vulnerabilities.

In August 2012, the Knight Capital Group implemented a new liquidity testing software routine into its trading system, which was running live on the NYSE. The system started making bizarre trading decisions, quadrupling the price of one company, Wizzard Software, as well as bidding-up the price of much larger entities, such as General Electric. Within 45 minutes, the company lost USD 440 million. After this event and the weakening of Knight Capital’s capital base, it agreed to merge with another algorithmic trading firm, Getco, which is the biggest HFT firm in the U.S. today. This example emphasizes the importance of implementing precautions to ensure their algorithms are not mistakenly used.

Another example is Everbright Securities in China. In 2013, state-owned brokerage firm, Everbright Securities Co., sent more than 26,000 mistaken buy orders to the Shanghai Stock Exchange (SSE of RMB 23.4 billion (USD 3.82 billion), pushing its benchmark index up 6 % in two minutes. This resulted in a trading loss of approximately RMB 194 million (USD 31.7 million). In a follow-up evaluative study, the China Securities Regulatory Commission (CSRC) found that there were significant flaws in Everbright’s information and risk management systems.

The damage caused by HFT errors is not limited to specific trading firms themselves, but also may involve stock exchanges and the stability of the related financial market. On Friday, May 18, 2012, the social network giant, Facebook’s stock was issued on the NASDAQ exchange. This was the most anticipated initial public offering (IPO) in its history. However, technology problems with the opening made a mess of the IPO. It attracted HFT traders, and very large order flows were expected, and before the IPO, NASDAQ was confident in its ability to deal with the high volume of orders.

But when the deluge of orders to buy, sell and cancel trades came, NASDAQ’s trading software began to fail under the strain. This resulted in a 30-minute delay on NASDAQ’s side, and a 17-second blackout for all stock trading at the exchange, causing further panic. Scrutiny of the problems immediately led to fines for the exchange and accusations that HFT traders bore some responsibility too. Problems persisted after opening, with many customer orders from institutional and retail buyers unfilled for hours or never filled at all, while others ended up buying more shares than they had intended. This incredible gaffe, which some estimates say cost traders USD 100 million, eclipsed NASDAQ’s achievement in getting Facebook’s initial IPO, the third largest IPO in U.S. history. This incident has been estimated to have cost investors USD 100 million.

Another instance occurred on May 6, 2010, when U.S. financial markets were surprised by what has been referred to ever since as the “Flash Crash” Within less than 30 minutes, the main U.S. stock markets experienced the single largest price declines within a day, with a decline of more than 5 % for many U.S.-based equity products. In addition, the Dow Jones Industrial Average (DJIA), at its lowest point that day, fell by nearly 1,000 points, although it was followed by a rapid rebound. This brief period of extreme intraday volatility demonstrated the weakness of the structure and stability of U.S. financial markets, as well as the opportunities for volatility-focused HFT traders. Although a subsequent investigation by the SEC cleared high-frequency traders of directly having caused the Flash Crash, they were still blamed for exaggerating market volatility, withdrawing liquidity for many U.S.-based equities (FLASH BOYS).

Since the mid-2000s, the average trade size in the U.S. stock market had plummeted, the markets had fragmented, and the gap in time between the public view of the markets and the view of high-frequency traders had widened. The rise of high-frequency trading had been accompanied also by a rise in stock market volatility – over and above the turmoil caused by the 2008 financial crisis. The price volatility within each trading day in the U.S. stock market between 2010 and 2013 was nearly 40 percent higher than the volatility between 2004 and 2006, for instance. There were days in 2011 in which volatility was higher than in the most volatile days of the dot-com bubble. Although these different incidents have different causes, the effects were similar and some common conclusions can be drawn. The presence of algorithmic trading and HFT in the financial markets exacerbates the adverse impacts of trading-related mistakes. It may lead to extremely higher market volatility and surprises about suddenly-diminished liquidity. This raises concerns about the stability and health of the financial markets for regulators. With the continuous and fast development of HFT, larger and larger shares of equity trades were created in the U.S. financial markets. Also, there was mounting evidence of disturbed market stability and caused significant financial losses due to HFT-related errors. This led the regulators to increase their attention and effort to pro- vide the exchanges and traders with guidance on HFT practices They also expressed concerns about high-frequency traders extracting profit at the costs of traditional investors and even manipulating the market. For instance, high-frequency traders can generate a large amount of orders within microseconds to exacerbate a trend. Other types of misconduct include: ping orders, which is using some orders to detect other hidden orders; and quote stuffing, which is issuing a large number of orders to create uncertainty in the market. HFT creates room for these kinds of market abuses, and its blazing speed and huge trade volumes make their detection difficult for regulators. Regulators have taken steps to increase their regulatory authority over HFT activities. Some of the problems that arose in the mid-2000s led to regulatory hearings in the United States Senate on dark pools, flash orders and HFT practices. Another example occurred after the Facebook IPO problem. This led the SEC to call for a limit up-limit down mechanism at the exchanges to prevent trades in individual securities from occurring outside of a specified price range so that market volatility will be under better control. These regulatory actions put stricter requirements on HFT practices, aiming to minimize the market disturbance when many fast trading orders occur within a day.