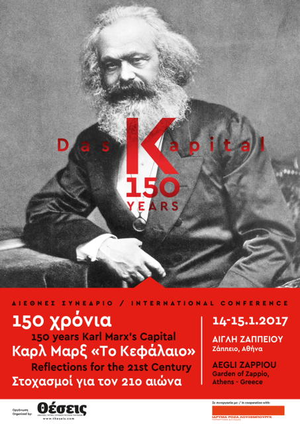 The value forms presented so far contain an asymmetric or polar relation, whereby the property of symmetry and consequently the equivalence relation, which always includes referentiality, can already be established in the simple value form by means of the operation of reversing the respective “equation”. Here the axiom of symmetry proves to be absolutely necessary for the representation of the equivalence relation of classical goods. Hans-Dieter Bahr writes: “The logical form of an equation initially consists of an abstract representation or projection that pronounces the word. But without another operation rule, this assignment cannot be distinguished from a metaphor: Canvas is like skirt, both like gold. It is only through the axiom of symmetry that this wins – like the structure of an equivalence relation, an exactly how/as-so. 20 cubits of canvas are exactly like a skirt, if one skirt is like 20 cubits of canvas.” (Bahr 1983: 379) The value expression “commodity x A is commodity y B worth” (sentence: commodity A expresses its value in commodity B) is thus to be understood as equivalent to the value expression “commodity y B is commodity x A value” (sentence: commodity B expresses its value in commodity A). If equivalence applies, then the two propositions can certainly differ with regard to the perspective of the observation – which is always also an observation of the difference inherent in all first-order observations – but their indifference and thus their symmetry remains guaranteed by the fact that one can produce the unit of the difference, insofar as unit of the difference here designates a binary observation difference, without one of the two sides of the observation difference being marked. The second order observer, who observes that a first order observer describes an expression of value, can describe the first order observation as an observation that uses the unit of difference of value/object of use. From his point of view, this applies to both first-order observers, who of course can also assume the role of second-order observers. The mode of equal rights of observation (the first-order observer), which is produced by the second-order observer, reflects on the one hand the symmetry of the equivalence relation, which on the other hand is fixed by an allocation rule/axiom.

Now for Marx the equivalence relation is supposed to indicate among other things that different goods possess a single common property (value), namely as a dimension for the determination of the elements belonging to a set, with which one can compare goods at all only as quantities. This property is quantity par excellence, which Son Rethel called “quantity in abstracto”, whereby for him the relational determination of this quantity always implies a practical execution. (Cf. Son Rethel 1970: 55f.) In this context, Son Rethel correctly spoke of the fact that the equivalence of the so-called exchange equation does not mean equality, but rather equivalence; however, this statement should under no circumstances aim at any kind of mediation between exchange and value expression (value form), as Son-Rethel himself believes. (Ibid: 57) It is rather an equivalence that is purely immanent to the form of value, so that it must not be interpreted as a (capitalistic) exchange relationship, because money is ultimately needed for it. In the capitalist commodity economy, the relation between relation and relation is a very special one, meaning that we are not dealing with a relation that remains external to the relation, but rather, as will be shown, the value of Marxist economists is usually understood as one and the same common property of the relation in the relation of equality, more precisely the equivalence (internal relation) of classical commodities, d. h. of heterogeneous objects which, despite their qualitative difference in value, are considered equal, with their property of symmetry, quasi represent images of value in the form of value by representing the value in a homogeneous economic space which itself is characterized by a rigid isometric movement of the objects, i.e. the absolute non-variability of the properties of the objects. And what tends to disappear with commodification/capitalization is what Deleuze calls anti-sterile or clothed repetition, which always repeats only the new or the variation and thus remains bound to a single case, to a singularity that always returns differently. (Deleuze 1992a: 43f.) This uniqueness is not only confirmed by the thinking of difference, but also confirmed by the fact that it knows that repetition does not add a second and a third time to the first time, but elevates the first time to nth power.

Deleuze writes in the introduction to difference and repetition: “As behavior and as a point of view, repetition concerns an irreplaceable singularity. (Deleuze 1992a: 15) It is precisely this non-identical kind of non-exchangeability that gradually disappears with the contemporaneous internal history of capital (whose comprehensive grasp (Althusser) provides for the enormous toughness, firmness and stability of capital up to fluid solidification) (although the problem of non-identical repetition emerges in a new form in synthetic financial instruments), with which even the very last thought of the non-identical and the open is to disappear into thin air, as if capitalism actually possessed the evolutionary tenacity and life expectancy of a crocodile. (Pohrt 2012: 69)

Let us now come to the concept of abstraction, which Peter Ruben wants to be understood in the genuine Marxian sense as a logical operation that is directly coupled to the production of the equivalence relation. In a completely different context, Dirk Baecker referred to the “structural differential” in Korzybski, which comes close to Rubens’ argumentation and contains the following differentiations: “[…] between events, E, whose properties are infinitely many, objects, O, who select a few of these properties, and names, N, who consider even fewer properties to be essential […] Structures, S, are abstractions that can be written as follows in quantity theory: S = N ⊂ O ⊂ E.” (Baecker 2012) And similarly, the value form analysis is the investigation of a structural differential relationship: If one wants to prove the equivalence relation R(x,y) with the structural properties R(xx) (reflectivity), R(x,y)→ R(y,x) (symmetry) and (R(x,y) & R(y,z)→R(x,z) (transitivity) for a basic set M, then one has to pick out from the basic set M an element a with which it is possible to form a class of equivalent objects with respect to a property. Ruben writes: “If one can form a class of equivalent objects with respect to a characteristic for an element of a basic set, then an equivalence relation exists in the basic set with respect to this characteristic; if an equivalence relation exists, i.e. if an equivalence relation can be assumed in the basic set, then equivalence classes (abstraction classes) can be formed with respect to the characteristic in question (which is always expressed by a two-digit predictor). In this sense, abstracting means that equivalence classes are formed.” (Ruben 2007: 12) Ruben understands the logical operation of abstraction as the construction of the equivalence relation and the formation of equivalence classes and thus immediately denies that one could equate the concept of abstraction with the concept of generalization, for example, which starts at a given knowledge or appeals to it, or that abstraction is to be understood even analogously to the peeling of an onion, in order to penetrate step by step to the core.

The equivalence relation also defines classes of equivalence whose elements are certain quanta of goods, whereby Michael Heinrich also speaks of a quotient quantity with regard to the overarching or commonality of these classes, in which practically all goods are integrated. In this context, the concept of value substance is by no means referred to with regard to the goods and their relation to a logically third party; instead, the focus here is initially only on the determination of goods with regard to their belonging to a quotient quantity, through which a product then assumes the status of a commodity in the first place. For Harald Strauß we have to assume that the goods are “updates of the virtuality of value in prices”, which is not necessarily the case, because not all products are sold on the markets and thus transformed into goods, in other words, no matter how much work is objectified in each case in the products, only through their sale do they obtain real status of goods and thus realize profit. (Ostrich 2013: 232)

Let’s get this straight: If a value relation to two further goods (which can be specified quantitatively as exchange values) exists for any commodity, then the axiom of transitivity is ensured for the goods A,B,C: W(A,B), W(B,C) and W(A,C) apply. That Marx does not explicitly demonstrate this deduction in capital, although it is already implied in the unfolded value form, can probably be traced back to the fact that due to the justified assumption of the quantity of goods as an intensional quantity and the thus logically perfectly possible formation of equivalence classes, the axiom of transitivity has ever been included, otherwise in capitalism we would never have to deal with any form of equivalent commodity-money transactions, but always with some singular forms of bounce, of the Usury or overreaching, the execution of which may result in a profit. We will come back to this problem later with the question of equivalent exchange and/or mercantilism. If the conditions of symmetry/equivalence, which according to Marx must be fulfilled in order for it to be possible to speak at all even approximately of an economic structural connection in capitalism, are fulfilled in the context of the concatenation of commodity-money transactions, then in principle any commodity can occupy the initial or final position in a series, whereby there are always several shifting series which ensure the syntax of the commodity chains in relation to money. If a conjunctive value relation is written as follows: Wn (A,B,C, …)= W (A,B) and W(B,C) and W (C, …) and so on, then the following relation can also be written on the basis of the transitivity of W: Wn (A,B,C, …) = W(A,B) and W(A,C) and W (A, …) and so on; so here already the specific functionalization of the conjunction “and” makes clear that exactly this syntax equals a system of relations open in genetic regard. Insofar as all commodities, if the axioms of reflexivity and symmetry apply, are in a relation of equivalence to each other, something like a purely logical-systemic connection is constituted, but ultimately only insofar as objects are set in relation that are realized as commodities in their relation to money. (Cf. Kirchhoff/Reutlinger 2006: 210)