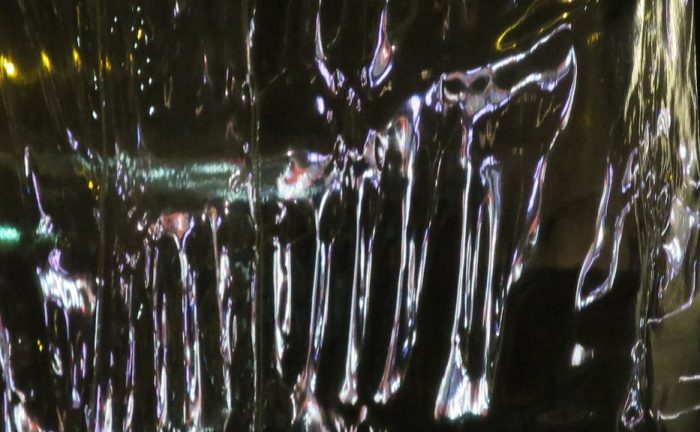 For Felix Guattari, even at the beginning of the age of digitized mobility in the 1980s, it seemed crystal clear that large sections of the population, which we now call the global surplus population, would be assigned “a corner on the planet that has become a global factory to which forced labor or extermination camps the size of entire countries are constantly being added. (Guattari) Currently, Achille Mbembe can state that there have never been so many camps in history as there are today. In his book Politik der Feindschaft he writes: “One must say that the camp has become a structuring component of global life. It is no longer perceived as a scandal.”

Following Hannah Arendt and Günther Anders’ remarks on the camp, the sociologist Christian Dries then brought into play the hitherto little-noticed term “world as extermination camp”, a world that is successively approaching a state that can be described – in demarcation from the system of Nazi concentration camps as the world state of camps – as largely unplanned, The border between inside and outside, which is still constitutive for the Nazi camp, implodes, so that the camp has no environment and the world becomes “an unimaginable “‘abort'”, a “cloaca of man”, a “throw-away world”.

Today in Europe, but also elsewhere, this abbey is flooded with fuels that originate from paranoia and condense into a mass phenomenon called “nanorassism”, a paradoxical form in which frenzy and anaesthesia enter into an ominous union before finally discharging into spasms. With the term spasm, which Guattari used in his last writing Chaosmose, he wanted to point to the excessive and compulsive acceleration of the rhythms of the economic and the social, to a forced vibration of all rhythms in the everyday spaces of social communication that do not leave the subject unharmed. In the catastrophic, at times apocalyptic visions of Baudrillard, Kroker or Bifo Berardi that follow Guattari, one may recognize a way of rethinking the current processes of subjectivation: the turning away from an energetic-affirmative subjectivation that had still inspired the revolutionary theories of the twentieth century, and the turning to a theory of implosion that refers to subjectivation processes that lead to depression and exhaustion. In such times of paralyzing slackening, nanorassism is then, according to Mbembe, perhaps the best narcotic to which, it must be added, doses of a raging and stimulating adrenalin must be repeatedly mixed if the individual and collective bodies are not to fall completely into stupor.

For the narcotic prejudice, which not only ties itself to the colour of the skin, as Mbembe says, but also wants to eradicate or store the disturbing, must sometimes also be mobilized, flow into the strictly ordered channels of the streets and the social media in order to circulate there and give free rein to the intended malice. “Let them stay at home, they say. And if they absolutely want to live with us, among us, then only with their butts bare and their trousers down. The age of nanorassism is in reality that of a dirty racism, dirty and similar to the spectacle of pigs wallowing in the mud.” (Mbembe)

Gilles Châtelet has written a book entitled To Live and Think Like Pigs: The Incitement of Envy and Boredom in Market Democracies. First of all, forgive the animals. And what maxim does Châtelet refer to in his book that demands another life instead of a swinish life? The answer is relatively simple: Always unfold a space that gives justice to all and reinforces your own inclinations. Taking up an inclination, or as Tiqqun say, a forme-de-vie, does not only concern it and the knowledge of it, but it concerns thinking, its differentiation and its enhancement. Whoever understands nothing of this maxim lives like a pig. The neoliberal pig wants, if possible, to arrange everything in such a way that a surplus jumps out; it wants to have everything labelled exactly, priced and consumable and, finally, all its desires, strategies and projects are geared towards increasing the productivity and profitability of its own life. (which is still misjudged as freedom, because it is capital as a system that sets the compulsion to maximize profit via competition). For Châtelet, living differently means discovering unknown dimensions of existenceor to discover, or as Rimbaud says, to define the vertigo (of the system).

We are far from that, if nanorassism in its imperial spaces wants not only to preserve the dull existing that flows there, without any sensation, goal and conciseness, in its oases of well-being, but it wants those whom it has humiliated, trapped and exploited for centuries and who are now on their way to the oases of well-being, If that is not possible, at least expose them to unbearable living and camp conditions, store them every day, repeatedly impose racist blows and controls on them and leave them in a state of lawlessness. Nanorassism is a banality of a special kind, which suits the stupid machines, the automation of the mind and even the remains of the educated citizen like gears that mesh.

Digital automation short-circuits the balancing functions of the mind with systemic stupidity, and today this affects every actor without exception, from the consumer to the speculator. The systemic stupor has been enforced since 1993 with a series of technological shocks resulting in hegemonic corporations on the Internet, Google, Amazon, Facebook and Apple. The decline of the “spiritual value” reaches a peak point: it affects all thinking and feeling, yes, it affects thinking as such, its consistency, and thus also all sciences, their models and methods. Weber, Horkheimer and Adorno have described these processes as rationalization, which clearly lead to nihilism, which is also constantly concerned about cultivating its racisms.

We all become more or less stupid, yes we even become plaguing and tormented beasts who find little to nothing in the fact that this “bock-footed excrement, i.e. negroes, Arabs, Muslims – and of course the Jews who are never far away -,” (Mbembe) are daily beaten in the abdomen, garnished with endless streams of commands and demands, words and gestures, symbols and stereotypes that further fuel the racial (r)ampf. The stupid mechanisms of the hyper-industrial epoch were already casting their shadows when Deleuze spoke of the control societies, when the disciplinary norms gradually lost their effectiveness, and when the media were transformed into a machine of total regulation. The mind was automated and left to the analytical power of algorithms operationalized by sensors and actuators through formal instructions.

For Mbembe, nanorassism is the inevitable complement of a state-based racism, which he calls “hydraulic racism,” the racism of the institutionalized micro- and macrodispositives of the state apparatuses and the media. A racism that “produces clandestines and illegals by all means, that dumps scum on the edges of cities like a heap of useless objects…”. (Mbembe). All appeals to humanism, universalism and justice – euphemisms of a special kind that, as Baudrillard already knew, circulate like oil and capital – have something of consolation or even more of trivialization, and that is even found in the “appeal to a certain run-down feminism that equates equality today with the duty to force veiled Muslim women to wear a string thong, and bearded men to shave. As already in colonial times, the pejorative interpretation of the way black or Muslim Arabs treat “women” has something of a mixture of voyeurism and lust – the lust for the harem”. (Mbembe)

Yet current racism is less an object of consumption, of design, and it also takes place not only on the new street events of the right, where it draws on the resource of banal emotion, brutality and lechery, much more than that: it immigrates into the drive equipment of the neoliberally economized subject. When it reaches the point of reactivating the madness of annihilation, it is not just a reaction of the losers, of those who leave behind the game of exploiting their own lives as debtors, no, they are themselves the winners of the game, the creditors, who have access to the financial markets and the assets and afford racism as that harmless luxury, that accesoire with which it is easy and derogatory to entertain and with which one escapes the rampant boredom or, alternatively, the rampant stress for minutes. This nanorassism is at times quite anti-authoritarian – frolicsome and jolly, drunk and amused, he amuses himself in unparalleled ignorance about his supposedly harmless jokes, failures and comic stories, trumpeting and effervescent at times. Showing off his trumpet and his frenzy he sometimes demands the “right to stupidity and the violence on which it is based – that is the spirit of the times” (Mbembe).