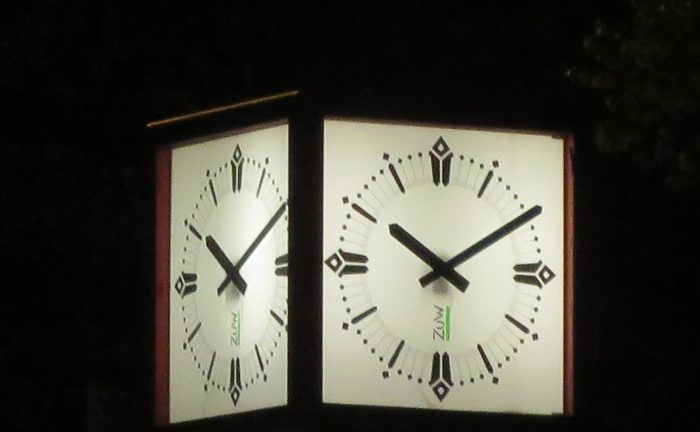 What are the most philosophically important numbers? Heidegger evokes the fourfold; Deleuze and Guattari a thousand (but it could have been more). For Badiou, the multiple plays its role, as does infinity. For Hegel the triad and the operation of the negative. For Irigaray it is sometimes two, and sometimes not one. For others the binary. For others still the key numerical concept is simply nothing. Only two numerical concepts are necessary for Laruelle: the one and the dual.

As Laruelle explains, there is no synthesis or dialectic of the world, only the one and its various identities: “In immanence, one no longer distinguishes between the One and the Multiple, there is no longer anything but n=1, and the Multiple-without-All. No manifold watched over by a horizon, in flight or in progress: everywhere a true chaos of floating or inconsistent determinations . . . between Identity and Multiplicity, no synthesis by a third term.”

Here is an easy shorthand for remembering some of the figures already discussed. Deleuze is n + 1. Badiou is n – 1. Laruelle is n = 1. Deleuze is the thinker of propagation and repetition, of additive expression (never negative or dialectical expression). For Deleuze, the One is the additive product of pure multiplicity. Hence the plenum is Deleuze’s ontological terminus.

Badiou, however, is a subtractivist. The Badiousian event is never counted as part of the situation; it is always subtracted from it, as something apart from being. Hence Badiou’s terminus is the void, the absent one.

Laruelle, by contrast, is neither additive nor subtractive; his operator is neither plus nor minus, but equals. Laruelle is the great thinker of radical equality, what he calls identity (from the Latin pronoun idem meaning “the same” or “the very same”). He cares little for the plenum or the void; his terminus is identity, the one as radically immanent and same without ever having to go outside itself.

In sum, if Paul Ricoeur’s “hermeneutics of suspicion” framed critique as paranoia, and Deleuze and Guattari painted modern thought as schizophrenia, Laruelle renders non-philosophy as autism. Like the autist, we are not neuro-normative in our relations with the real. Abstract philosophical concepts do not help much. The one is absolutely foreclosed to us. Instead we move alongside it, committed to its sameness, a life “of science and of the reality that science can describe, naively in the last instance.” If Deleuze’s heroes are Spinoza, Hume, and other philosophers of radical materialism, Laruelle descends from a different line, the autistic philosophy of Fichte (I = I) or Henry (ego).

“Yes, I am autistic in a certain sense,” Laruelle admitted once, with a sparkle in his eye. “Like a particle that passes through a mountain.”