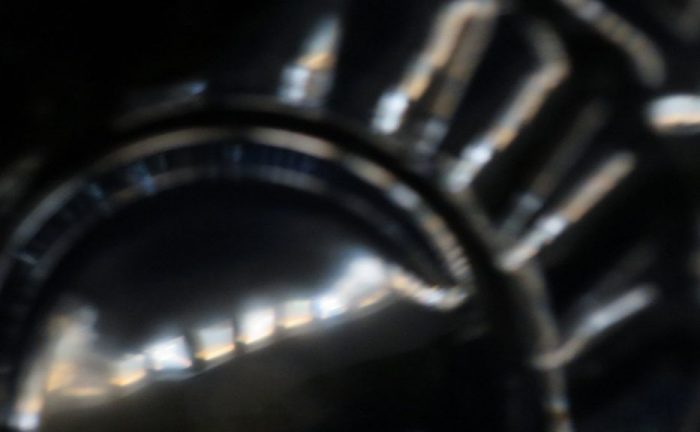 Paul Virilio: The Propaganda of a Growing Disaster

For Paul Virilio the last remaining defense against the crumbling world economy is to abandon the ship, lift our heads to the sky and join in the exurbanist future of the Ultracity.

In that short book The Futurism of the Instant the technoarchitects of instantaneity will bring us once again to the core of the city, the hubworlds of skytowers of weightlessness and speed in a vacuum. A world that abandons the earth of waste for the sky of endless clarity and calm. Obviously in his ironic subliminal tracing of the madness of our postmodern shibboleths, our hypercapitalist dance of speed, Virilio observes that we are all looking up now: “we are looking on, powerless, at the great wreck of land, of all lands, in favour of the sky, of the sky’s gaseous state, where waves, clouds, and the storms they give rise to stir, meteorological features of a celestial body whose solidity gets blurred in the optical illusion of the speed of light. (p. 69)” 1

Who is the enemy in this scenario? For Virilio it is Progressivism itself: the great accelerator has become the end game in technological acceleration of light within an Infosphere that has no object but its own endless speed of information. There is no Outside anymore, the world is information, reality is information, economics is information, humans are nothing more than bits in a slipstream novel that seems to be fading to Zero: Zeno’s paradox in reverse: an infinite circle that has finally lost its tail. “On the one hand we have the exhaustion of biodiversity, on the other, exhaustion of the necessary geodiversity of trajectories. But especially and essentially, exhaustion of the chrondiversity of a tripartite history and its projects, the usual chronology of which apparently no longer has currency.” (p. 71) Time has dispersed its hold on us, fallen into a reontologized the earth of information where speed is the only currency allowed and the sky lanes of the ultracity bless its denizens with the timelessness of empty time.

We are living in that ’empty time’ – a time between, in a pocket emptied of time in which the speed of infinity has been dispersed throughout the socious like the dark stain of some forgotten memory of time. We have entered that hyperrealist stage of the ‘accident’ – seeking kairos – the “right moment” we wander in a geophysical density of time that restricts us to layers of space, cubicles of time, distortions of history that lay side by side in a Chinese puzzle that continuously shifts its pieces in atemporeity (Bachelard). As he admits the Earth itself will be both victim and judge of this Progressive inanity: put an end to our ‘progressive’ ambitions, the finiteness of the ‘real space’ of the terrestrial globe polishing off the ample order of magnitude of the ‘real time’ of cybernetic immediacy. (p. 74) In other words – the end game of actuality is upon us, no good hiding in the speed lanes of our illusionary hyperworlds. Now is the time of the Real.

As the new technologies of time: the nano-chronological devices cannibalize the remaining traces of history we will begin to awaken among our machinic intelligences forgetful of who or what we once were. As we awaken from this human dream into the machinic dreams of our posthuman progeny there will be a signpost written upon our zombie flesh:

Whether the expanded time of ‘futurism’ or the contracted space of ‘progressivism’, speed, in the twentieth-century, proved to be nothing more than the propaganda of a growing disaster. (p. 80)

1. Paul Virilio. The Futurism of the Instant. (Polity 201