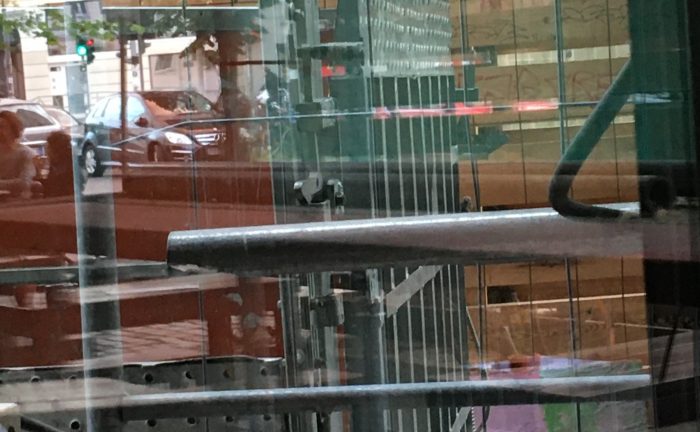 Politics is Nothing but the Reign of Feints and Shenanigans

e Monde: What do you make of the presidential campaign?

What campaign? There was no campaign. There was a soap opera, a fairly worn-out one at that, to tell the truth, full of twists and turns, scandals, dramatic tension and suspense. Much brouhaha, a tiny frenzy, but nothing that managed to pierce the wall of generalized confusion. Not that there is any lack of followers for each candidate, tossing-about with varying degrees of fanaticism in their virtual bubbles. But this fanaticism only deepens the feeling of political unreality.

A graffiti that went up in Place de la Nation during the Mayday demonstration last year stated: “There will be no presidential election”. It suffices to project ourselves ahead to the day after the final round of the election to grasp what’s prophetic in this tag: whatever happens, the new president will be as much a puppet as the current one, the legitimacy of their governance will be just as lacking, just as minoritarian and impotent. This fact isn’t solely due to the extreme withering of politics—to the fact that it has become impossible to believe honestly in all that is done and said there—but is likewise due to the fact that politics is a derisory means of confronting the depth of the current disaster.

What can politics and its proclamatory universe do when confronted by the concomitant collapse of ecosystems and subjectivities, of the wage society and the global geopolitical order, the meaning of life and the meaning of words? Nothing. It only adds to the disaster. There is no “solution” to the disaster we’re going through. To think in terms of problems and solutions is only one more aspect of this disaster, a way of safeguarding us from any serious questioning. What’s called into question by the current state of the world is not merely a political system or a certain form of social organization but a whole civilization, that is to say, ourselves, our ways of living, of being, of relating and thinking.

The buffoons who mount their platforms to boast of the “solutions” they’ll be strong enough to enact once elected are only pandering to our need for illusion, our need to believe that some kind of decisive change exists that would spare us, and spare us above all from the need to fight. All the “revolutions” that they promise us are only there so that we may avoid changing who we are, to relieve us of any physical or existential risk. They’re candidates for the deepening of the catastrophe. Seen in this light, it would seem that for some people the need for illusion is virtually insatiable.

You say that, but never in an election have there been so many candidates vowing to “flip over the table”. And how can you brush-off the enthusiasm in recent weeks for the candidacy of Jean-Luc Mélenchon?

Jean-Luc Mélenchon is nothing, since he’s already been everything, even a Lambertist. He’s only the surface projection of the Left’s impotence in the face of the course of the world. The Mélenchon phenomenon is a fit of desperate credulity. We need only consider the case of Syriza in Greece or Ada Colau’s mayorship in Barcelona to realize that the “radical left”, once installed in power, can do absolutely nothing. No revolution can be launched from the heights of the state. Still less in these times, when states are more submerged than at any prior time.

All the hopes placed in Mélenchon are destined to be disappointed. The “radical left” governments that claim their base in “popular movements” wind up defeating them [venir à bout] not by repression but by depression. The very virulence of the Melenchonists testifies sufficiently to their need to convince themselves of what they know to be a lie. To invest this much energy in conversion, one must already be unsure of believing it oneself. And anyway, no one has ever toppled a system by following its rules.

Elections were never intended to allow us each to express ourselves politically, but rather to rejuvenate the adherence of the population to the machinery of government, that it may consent to its own dispossession. These days they’re no more than a gigantic mechanism of procrastination. They exist to prevent us from having to think about the means and forms of a revolution that would start from what we are, from where we already are, from our existing contact with the world [depuis là ou nous avons prise sur le monde].

What is more, as with every presidential election in this country, there is a sort of sickly resurgence of the national myth, of the collective autism that fantasizes a France that never existed. The national has become a plane of impotence and neurosis. Our power to act lies both prior to and beyond its level, overflowing it on every side.

But what do you propose? To let Marine Le Pen gain power?

It is obvious that Marine Le Pen has a precise function within the French political system: the threat that it represents serves only to force our participation in procedures nobody believes in any more, to make us vote while “holding our nose”, meanwhile dragging the terms of the public debate so far to the Right as to allow the mainstream political system to falsely appear as an escape from it, even though it forms its keystone.

Obviously, the question today is not of exiting the Eurozone but of exiting of the economy, the same one that transforms us into rats. Obviously the problem is not the invasion of “foreigners” [étrangers] but our living in a society in which we are strangers [étrangers] to one another and to ourselves. Obviously the issue is not one of restoring full employment, but of ending the need for everything we do, the bulk of it nonsensical, to be done just to “earn a living”. Obviously, it is not a question of “doing politics differently”, but of doing something other than politics—it has become clear that politics is, at all levels, only the reign of feints and shenanigans.

No revolution could be crazier than the times in which we’re already living – the days of Trump and Bashar, Uber and the Islamic State, Pokémon hunting and the extinction of bees. To become ungovernable is no longer an anarchist fad, it has become a vital necessity, inasmuch as those who govern us are obviously at the helm of a ship that is headed toward the abyss. Even the most measured observers admit that politics is decomposing, and describe the current campaign as “elusive” only to avoid having to say “non-existent”. There is no reason we should submit to a ritual that has become so obviously harmful. We’re tired of understanding why everything goes wrong.

So you think there is nothing to expect from these elections?

Certainly, there is: their derailing [débordement]. A year ago, it took only a few Youtube’rs and a handful of high school students to catalyze an intense months-long battle over a labor law. What was then translated into regular street clashes was nothing other than the extreme discrediting of the political apparatus, and consequently a refusal to allow oneself to be governed.

Do you think that the day after these elections, which have been a form of democratic blackmail from the very first moment, the disgust with politics will be lessened one bit? Do you think that everyone will continue to sit in front of their screens and quietly observe the madness of the spectacle of politics? That it won’t occur to people to ​​fill the streets with our bodies rather than these dreamed-after candidates? Do you think that these elections have any chance of appeasing the restlessness of our souls? It is naïve to think that the generation that cut its teeth politically during the conflict last spring, and has only continued to develop since then, is just going to swallow this deception, with the promise of nothing more than organic veggies at the supermarket and a constituent assembly.

For months now, not two weeks have gone by without clashes in the streets of this country, over Theo [a youth who was beaten and sodomized by the police in a Parisian suburb –IWE], over the police, or anywhere the Front National tried to hold its little meetings. Obviously, this still remains minoritarian, and the non-event of the elections will of course take place. The question, then, is how we can ensure that the interstellar vacuum that will flare up after the elections, whoever the winner is, will be something other than the fact of “young people” being degraded by a disproportionate display of police force?

For this, we urgently need to re-arm our political perceptions and imagination. To decipher this era, discern whatever possibilities it contains, and locate its practicable paths. To insist that there was no presidential election, that this circus has dragged on long enough, that this world must be stopped as quickly as possible, from wherever we are, without awaiting the abyss. Let’s stop waiting, and reclaim confidence in ourselves. Then we can say, like Benjamin Fondane (1898-1944): “The world is finished. The journey begins.”

Translated by Ill Will Editions