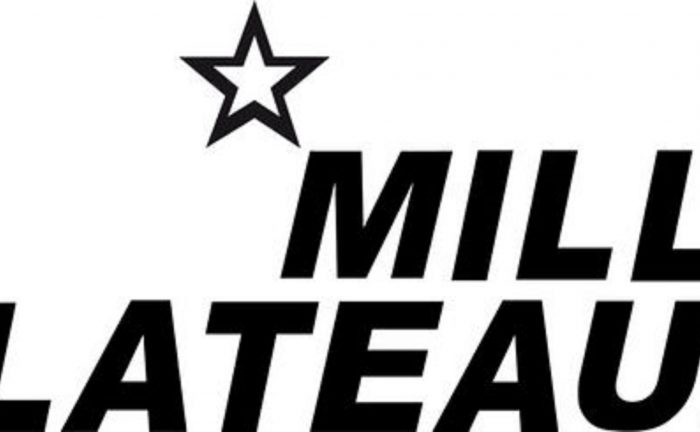 Aphàiresis is a series of video music works that investigates the relationship between Materiality and Immateriality, between Presence and Metaphysics.

It is from the fruitful relationship between Materiality – Imperfection – and Immateriality – Perfection – that, through a process of filtering and re-generation, another new world is created, in which the individual elements lose part of themselves in their journey and reconstitute themselves in a higher order. The numerical nature of the most advanced technologies places the artist, and Man in general, in a position of apparent control in which, on the contrary, the medium, for its power, risks conditioning it and making it lose its way: for the first time in history technological objects are built before their possible uses have been sensed. But the Evolution of man and life itself is often the result of errors, deviations, accidents, and singularities. The most subversive and contemporary creative gesture, witnessing the Human Presence, can be the creative control of error, the controlled deviation of the numerical series in a dimension in which the human presence contributes to curving time, to grafting a colour into a sound, a cinematographic image into an aseptic texture, a musical sequence in the background of a tree, in a slower time, purified and richer in meaning.

Starting from disturbances, interferences, imperfections, distortions of obsolete projection and vision equipment (VHS, analogical projectors…) the composer performs an arbitrary operation and, for this very reason, a poetic of “induction to error” of the software and, through the creative and controlled enhancement of the error itself, he obtains new sounds, iridescent forms and colours that try to assume plastic value. The Aphàiresis (from the Greek “L’Apha”, abstraction) thus becomes the process through which the different visual and musical codes re-functionalize each other, giving plastic value to error, capable of generating new forms and sounds, in critical dialogue with the society of “liquid music” and the (apparent) infallibility of digital. The idea of re-functionalisation, resemantisation and reinterpretation of analogical and digital, visual and auditory errors is an acknowledgement of the almost metaphysical power of paratesto in all its various expressions. In addition to the resemantization of error, the project “Aphairesis” is a “letting go and finding yourself” in an infinite historical path, thanks to the strong contrast that present the sound and visual elements on which it is based:

Something is revealed about the otherwise opaque nature of the digital medium. Using artifacts from analog projectors, on the other hand, reveals the specificity of transmission of this obsolete device of visual reproduction, with the consequent presence of an intrinsic historical contrast. Each element of the composition is managed through precise processes of permutation and analysis, which touch on the spectralist current and the abstract image. A sonic and visual investigation that brings back to the surface the beauty of the invisible, showing the cellular components that define it. A microscopic and macroscopic journey at the same time. Visual fluidity and musical freshness live on their own life, two elements leave each other and meet in an infinite dialogue. The association between sound and image is not always due to synchronisation, but to the management of space, repetition, colour and its fluidity. The human psyche plays a fundamental role in the visual audio composition, allowing new interactions between its constituent elements thanks to the audience, which observes the gear that jams and then starts again in a completely unexpected way.

“We must occasionally remind the dust (aphar) that it was once man and immortal matter. A vibrant and pulsating presence anxieties. Uncertain whisper and accurate and imperfect “silere”. Fear of glances at the announcement and the contraction of the day. For always and again the shattered appears to us with each discolouring. Always and again we propose ourselves in the molecular colours of nembi. It is felt more intense far away, where the lenses barely perceive the dense breath of other universes. It insuffles itself decisively and, by leaps and bounds, it infiltrates into our poor houses and bodies. A little sparkles out in the open and soothes in the sacred enclosure of dreams. Perhaps this is why a piercing pain resonates in the hollow organs and reverberates inadvertently. And so it is worthwhile to step aside and listen to one another on the sidelines. Let yourself be traversed by flows and be disoriented by sounds. Ah, what purest form is this of gift? A return again to feel, to return again to see, with the whole body no longer just astral. More than a luminous abstraction of sounds, Aphàiresis presents itself as a compact sequence of signs, of distinct and filtered pictures and reconfigured into pulses of regenerative light. Pulviscular compositions of sounds, that rekindle worlds, but not to misinform their noises. Instant intensifier semicolon. Even at a distance. In its being here and there and in the hour. In his presence and in the opening up of worlds, with every poignant passing vanity”