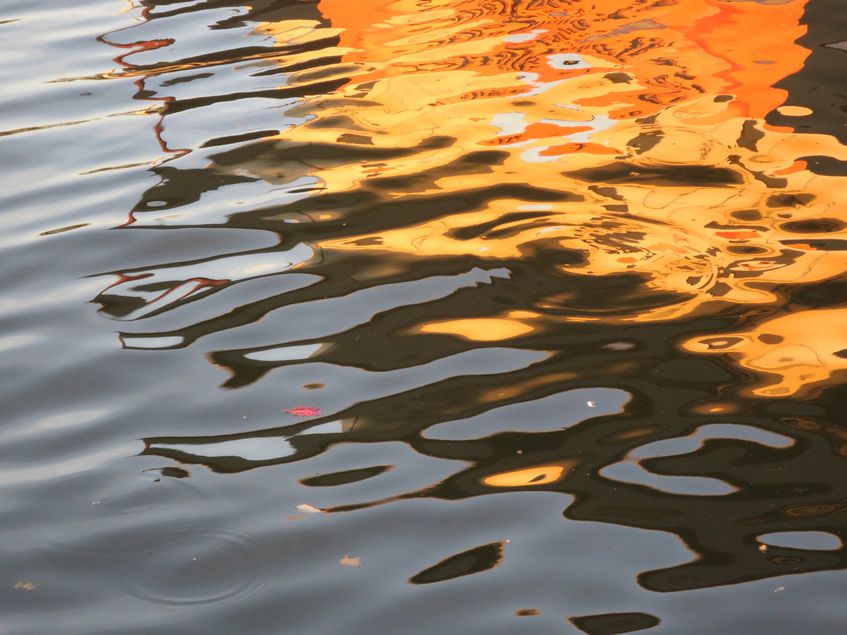 (This is the first of two excerpts from my talk at “Superpositions–A Symposium on Laruelle and the Humanities” hosted at the Center for Transformative Media at the New School. Read part two.)

Newcomers to Laruelle often find his work challenging. There is little familiar in Laruelle to serve as anchor, particularly for those of us reared on marxism, poststructuralism, or cultural studies. Laruelle is no sixty-eight radical like Guy Debord or Michel Foucault. He is not a public intellectual cast from the Sartrean mold like Alain Badiou. He does not practice phenomenology or dialectics, and he has little sympathy for today’s reigning Hegelianism championed by the likes of Slavoj Žižek, Catherine Malabou, or Judith Butler. His is not a familiar way of thinking. In fact it is a genuinely “strange” one, or as Anthony Paul Smith has called it, a stranger thought.

Marx’s eleventh thesis on Feuerbach conveys a similar instruction. In that famous maxim, Marx suggests that philosophers ought to change the world, not simply interpret it. And elsewhere in the early writings, Marx delineates cleanly between speculative philosophy and the kind of theoretical intervention necessary for political action. Laruelle may be effectively read through a similar lens. The correct response to interpretation (philosophy) is not more interpretation (not more philosophy). Marx’s “philosophers only interpret the world” is identical to what Laruelle calls the Philosophical Decision. The point is not to continue enacting the decision but to articulate a rigorous and immanent theoretical science of it.

This is precisely what critical theory has always done. Whether it be through ideological demystification or experiments in radical practice, critical theory has always posed itself against the naturalizing powers of representational structures. The goal is not so much to reflect on those structures, but to show how there is really only one structure, the generic commonality of the material base.

What does Laruelle mean by science? Well, it’s clear what he doesn’t mean. He doesn’t mean what we call “big science” or the notion of “techno-science” (the industrialization and canalization of science according to strict mandates around innovation, monetization, privatization, and so on). Laruelle heaps scorn on this kind of techno-science, or what he terms “world-research,” an umbrella for all manner of think tanks, skunk works, innovation labs, R&D departments, research parks, government labs, nonprofit policy institutes, and university science initiatives. “Regarding the population of researchers,” he writes in his small book Introduction to Generic Science, “World-Research is a way of controlling them as ‘subjects’ adjunct to research initiatives and subjected to a specifically liberal and capitalist dominion over science” (31).

Although Laruelle’s conception of the term science might be confusing—not to mention his late fascination with algebra, quantum mechanics, and imaginary numbers—it is perhaps best understood in terms of the distinction between immanence and transcendence. I find this is the best way to distinguish between philosophy and science..

For Laruelle, philosophy means roughly “the thing that is transcendental vis-à-vis the real.” Taken in this sense philosophy is always representational, reflective, or mediated. Philosophy reveals the conditions of possibility of things (but not those things themselves).

By contrast, generic science means roughly “the thing that is immanent vis-à- vis the real.” Science is always direct or radical, not reflective or mediated. Science reveals things immediately, unilaterally, and unconditionally. Thus when Laruelle refers to non-philosophy as a science of philosophy he means simply that it focuses on philosophy’s radical or irreflective immanence, not its penchant for the transcendental.

In fact, just as phenomenologists talk about the “as-structure” of metaphysics, I’ve found it useful, in the wake of Laruelle, to think of the in-structure as a way to withdraw from philosophy in the name of theory or science.

The non-standard principle is, thus, a principle of insufficiency. Generic science is the thing that forces thought in the direction of insufficiency. And, at the same time, what Laruelle calls generic science also comes under another name, I think. No longer philosophy, but “theory.” Philosophy is always inflationary and maximalist. Even the most hard-nosed skeptics are philosophical because they remain sufficient unto themselves–this is skepticism as an “adequate” response to the problems of thinking. By contrast, theory creates a minimalism in thought. Theory is a rigorous science of the inadequacy of material life.

Laruelle himself has not received enough credit for what is perhaps the most ambitious aspect of his entire project: a unified theory to fuse science and philosophy.

Yet, I’m guessing that the organizers of this conference, in using the term “superposition,” are sending us a message. The message is: we must also tackle the very recent writings of Laruelle, the Laruelle who talks about algebra, quantum mechanics, and imaginary numbers.

To that end, we might consider a more recent work, Philosophie non-standard (published in French just four years ago in 2010), devoted specifically to “generic science.”

Laruelle references “colliders” in this book (namely, the particle accelerators used by physicists) and what he calls the “generic matrix.” He sees these as a kind of stage or sandbox, a place where philosophical experimentation takes place. In a matrix, different domains of knowledge, such as science and philosophy, can be intermeshed and unilateralized according to the non-standard method. A collider is a piece of technology that smashes particles together, producing new “weird” forms of reality. “The generic Matrix is a collider for the elementary particles of knowledge,” he writes (22).

Although some might be skeptical of the way in which Laruelle has begun to talk about quantum mechanics in recent books, it’s best to think of his sudden penchant for twentieth-century physics in terms of a larger relationship between scientific formalism and philosophical rationalism. As he suggests, some sort of generic science is at the core of all inventive thought:

“Husserl needed the science of psychology as a waypoint toward the autonomy of the transcendental, Kant needed newtonian physics as passage toward the a priori and the transcendental, Heidegger needed ontological difference to get to Ereignis, Plato needed mathematics to get to philosophy. Today we need quantum physics and particularly its use of imaginary numbers in order to pass on to the generic.” (Philosophie non-standard, 257–58)

Laruelle has thus not anointed quantum mechanics as some sort of special meta-discourse able to speak in the voice of being. Rather, quantum theory is merely a particularly convenient way to obtain a generic science, in part because quantum theory already speaks the language of the generic (via concepts like non-commutativity or superposition). Still, quantum theory remains just as “philosophical” as philosophy itself, and thus requires its own non-standard parallel (the task of a book like Philosophie non-standard).

In other words, Laruelle is rejecting the typical way in which people talk about quantum mechanics, that it’s a “weird” physics disrupting common sense conceptions of “the real world.” Laruelle is saying the opposite: it’s our world around us, the standard world, that’s weird and fake: