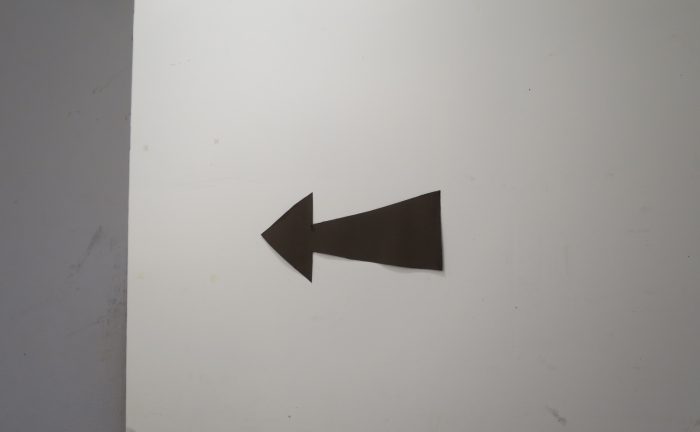 Taking sides in a strange situation

Originally published in French by Lundi Matin on Oct. 1st, 2017. Translated from Catalan into French by Alèssi dell’Umbria. Here we present our translation into English. Although we may not agree with a position that advocates for another republic or voting, we share this to deepen the understanding of this present moment in Catalonia. Further reading and listening on this in English can be found here and here.

Santiago López Petit is Catalonian, a chemist and philosopher.

There are situations where reality becomes simple. The time has passed to test the veracity or falseness of arguments of those who pretend to defend the Spanish union or proclaim Catalonian independence. It is also no longer necessary to look back at the year 17141, nor to go searching in the more recent discontent. When the call is made for “Law and Order,” all of the sudden, everything becomes clear and each position appears perfectly defined on the field of play. Then, in a visceral fashion, those of us who have remained silent know where to situate ourselves: we will always be those who confront those who would call again for the reestablishment of authority. We know very well a phrase coined in France during the revolution of 1848 that says: Legality kills.

In effect we are thus those who against the Spanish state and its legality, but to this end we are made to choose between two flags which stifle us, because they puff us up, and the deafening songs stop us from hearing what those assembled are saying. It would be wonderful to be able to say that against the legality of the Spanish state is opposed the legitimacy of a people.

Unfortunately this is not so and how the independent parties are beginning to roll us up in flour. The legitimacy that they defend has been built by ignoring at least half of Catalonians, it has been built on questionable judicial recourses, and lastly, it has been built on the management of terrorist violence by the Mossos [Catalonian police] after the recent attacks. When a television program affirms that within a few hours that Catalonia will have an authentic State, it’s true. This is pure Hobbes. I abandon my right to self-govern and sign a pact of submission, in exchange for the security it offers. Ultimately, as always, the desire for tranquility, and the dictum of reason, are behind the foundation of a State. Nevertheless, woe to a people who make of a police commissary their hero! …And which employs the discourse of “fighting” to say killing.

The undeniable merit of the [Catalonian] independentism is how it has unveiled the myth of the Rule of Law. It’s funny to hear these days Catalonian politicians defending order accuse the Spanish state to be a ‘repressive police state.’ Or to complain about the hours they have spent at the police station. Who do they think they are? No, there is no State of Emergency. What we have is are two things which have coexisted perfectly for a long time now: a State of War and a postmodern Fascism. A State of War, with the excuse of terrorism, which places itself beyond any judicial norms, while it ruthlessly hunts down anyone who it defines as an enemy. Terrorist or subversive. A Postmodern Fascism that politically neutralizes public space and expels all social waste. By the way, it was the CiU who sowed the seeds for the Mordassa Law in 2012 in the Spanish Parliament.

It has been years now that the Catalonian proto-State has, as all States do, built itself up using confusion and the management of fear, attempted to transform the Catalonian people into an authentic political union. In this sense the calls made [for Catalonian Independence] each Sept. 11th have served to police and domesticate a collective desire for freedom which cannot be absorbed into a single voice. This has been the political move: the Government decides who its people are, and to the extent that it succeeds into converting it into a political union, which is to say to create an us vs. them, it acquires a legitimacy which would allow it to negotiate with the Spanish state. It is clear that this hegemonic independentism desires no real or substantial social change. They call on us to disobey the [Spanish] ‘Gobierno‘ so as to immediately obey the [Catalonian] ‘Govern.’ ‘From one rule of law, to another’ they assure us. In fact these elite leaders always understand each other perfectly because the shadow of Capital is a wide one. In this war we are stuck in, what is most likely to happen is that each side will realize what is expected of them. The Catalonian government will say that it has defended the Rule of Law to the end, which is has in a rather measured way. The Catalonian government will affirm that, in the current moment, Catalonians have gone further than ever before. It is difficult to think that the Catalonian proto-State’s logic could go beyond a negotiated break that would just end up taking the form of a Constitutional reform.

Nonetheless, the situation is wide-open. When the streets are filled with people before an arrogant State, incapable of self-critique and which distrusts any kind of mediation, anything can happen. And this is really how it is: nobody knows what will happen because a new situation has arrived: voting has been transformed into a challenge to the State. For a lot of us, voting has never brought about any real change. Despite this, right now, the simple act of wanting to vote carries a bit of radicalism and transgression. It’s strange what is right now happening. Certainly many people are being moved and gathered under the pro-independence flag, but we are also numerous, those of us who now run headlong into the storm. Despite the fact that we have no flag, we know we must be there. We are also not unafraid, but it is a costly task to do so. We are forced to trust political leaders who brutally evicted an occupied Catalonian square, and which were the first to allow the application of neo-liberal measures. In 2011 we circled the Parliament to stop these measures. And now we should let ourselves embrace them?

When Felipe Gonzalez attests that “the situation in Catalonia has caused me the most concern in forty years’ we see a good sign. The pro-independence political forces have been able to disquiet a centralist and repressive power that has centuries of experience. It would not be easy to uproot this power and its defensive posture demonstrates this. Though, we must recognize the strength of this political movement, its capacity for organization and mobilization. But the Spanish State will never concede independence to Catalonia. For this to happen, we must first smash the Spanish State, and to advance this liberatory process Catalonian independentism must have much more support. Of course, to oppose the Spanish State arising from the will to become another State is not only not interesting, but is downright a losing direction. On the other hand, to imagine a Catalonia which could remain strangely indefatigable, could effectively undermine neo-Franco legality and constitute itself as something unheard of in Europe. If we want our right to choose to be more than an empty order, and that Oct. 1st should be a start and not an end point, we must definitively finish with the division of us vs. them defined exclusively in nationalist terms. Alone, Catalonia will never find its way. The Catalan Republic can only be born by fraternizing with the republics of the other peoples which live on the [Iberian] peninsula.

Let us vote then to smash the regime of 1978, an inheritance from Francoism. Let’s vote because voting in these times constitutes a defiance to the State and this defiance will make us a little more free. But let’s never forget the cry of “No one can represent us!” and further never forget that class struggle arises by agitating within what appears to be homogeneous.

[1] On September 11th, 1714 the army of Phillip V of Spain entered Barcelona after months of siege. For over 150 years this date has served as a Catalonian national holiday, la Diada, celebrated in a clandestine way under the Franco Regime.