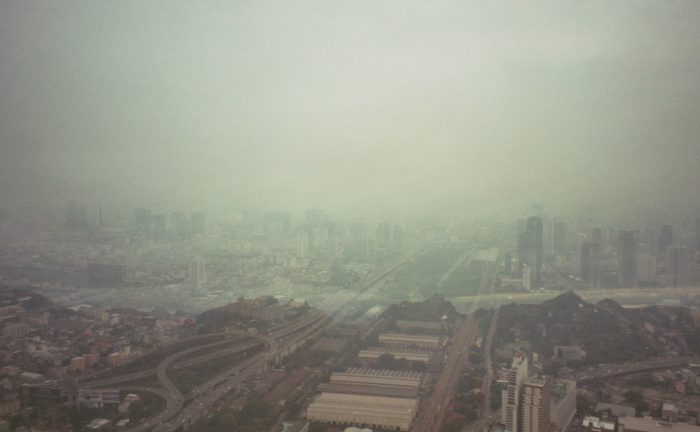 The Coronavirus and the state of exception

The Coronavirus and the state of exception

To those who claim, from the far right to the left, that our empires really care for their people – “this time they really want our good” -, in other words, that our empires have no interest in this health crisis, we allow ourselves to respond by adding a few features to the excellent description of Agamben published in Il Manifesto three days ago.

Reminder for the pupils of the first row: the social contract which inspired and inspires most the network of power is not that of Jean-Jacques Rousseau but rather that of Thomas Hobbes – “The Leviathan” – having generated, among others, the current of utilitarianism, which includes the panopticon of Jeremy Bentham. This brilliant work of town planning (The Panopticon!), for the use of our rulers, has given birth to the architecture of most of our prisons, but also of our schools. Little interested in political science and prison urbanism, you ask what is the relationship between this social contract and the terrorising nature of this flu?

Reminder for the pupils of the last row: the etymon of “strategy” comes from “stratagem” (“Conspiracy!”), which should lead us to consider that the cunning of the adversary is always relative to our perceptual qualities, to our ability to read between the lines and the discourse of the rulers, as well as that of their messengers without qualities. Unfortunately, it is not so much the relativity that is limited, as our perceptual qualities, and the ruse of the rulers never works except for those who have made stupidity their combat sport.

Strategy is the science (the way or the method: methodos) relating to the means which allow a strategos (the chief of the army!) to defend his country and to defeat the enemy.”

The major problem, from this point, is that the power network makes war, in a more or less discreet and hidden manner (“our famous perceptual qualities!”), not against other States or Empires (classical definition of war) but on its own people. But when there is no enemy, it is a matter of creating one, the first law of all geopolitics. This is why when Giorgio Agamben says that the state of exception has become the normal paradigm of government, he invites us of course to think about the incessant renewal of the figure of the enemy, as well as the new terrorist laws and the militarisation of our cities and accompanying police forces. From LBD [“sub-lethal” weapons, such as rubber bullet guns] to data mining, drones or 5G, don’t worry, we are approaching Gattaca “for our good”. As the Italian philosopher aptly put it: “It would seem that, terrorism having been exhausted as the cause of measures of exception, the invention of an epidemic could offer the ideal pretext for extending them beyond all limits.” And when we read the list of restrictions prescribed by decree concerning the municipalities “affected” by the flu (see the article by Agamben), one imagines that it will be impossible tomorrow for philosophy teachers and militant citizens to draw something like a polis to their listeners.

The other factor, no less worrying, is the state of fear which has manifestly spread in recent years in the minds of individuals and which translates into a real need for collective states of panic, to which the epidemic offers again the ideal pretext. Thus, in a vicious and perverse circle, the limitation of freedom imposed by governments is accepted in the name of a desire for security which has been induced by these same governments which are now intervening to satisfy it.

This “real need for collective states of panic” is the crux of the Hobbesian social contract. To move from the state of nature (characterised by the war of all against all) to civil society (characterised by the averting of the war of all against all), it is a question of accepting, thanks to reason, a contract in which everyone would “win” since by submitting to it the citizens would find security and freedom by moving from the myth of the state of nature to the artifice of civil society. The substitution of one fiction by another, but these tales obviously produce real effects. In order to ensure the stability of the State, the prince must produce and maintain fear while ensuring the protection of his citizens. In other words, the latter will be guaranteed not to die a violent death (paradigmatic death in the state of nature according to Hobbes). It is therefore no coincidence that Hobbes was one of the first to consider the body as a metaphor for the State and if he is today the most studied philosopher of the universities of political science from Paris to Melbourne.

From the political body to everyone’s body, Newspeak sells us the idea that we are being taken care of, while it is obvious, at least since the work of Canguilhem and Foucault, that the body is the target par excellence of sovereign power: “the historical moment of the disciplines is the moment when an art of the human body is born, which no longer aims only at the growth of its skills, nor also at the increase of the weight of its subjection, but at the formation of a relationship which in the same mechanism renders it all the more obedient while it is more useful and vice versa. The hundreds of thousands of Chinese who quarantine themselves without the help of the police, the resurgence of denunciation, “the practical side” of two billion “public” cameras, all attest to this. The biopower which concerns us here and now constitutes a deepening of the disciplinary power and of the society of control, insofar as it is exercised jointly on the individual and on the population, while radically changing the terms of the contract: the exchange of rights and duties between the State and its citizens becomes an integration of the duties of the State in each citizen, with most citizens acting unconsciously against what they have left of the polis and rights. To close one’s neighborhood against “a terrorising flu” in an “autonomous” manner, “with neighbours organising themselves”, is at best voluntary military service, at worst, the extension of the concept of the camp to the whole planet, or at least, to what I allowed myself to call, more criminally and of course following the work of Agamben, the state of exception in each person. With the flu as the cause of a planetary state of exception, as a weapon of the mass construction of fear, no professional conspirator (from below!) would have dared to imagine such a sales pitch. From Euronews to the Catholic University of Louvain, the list of simple precautions keeps being repeated to us, as if we were eighteen-month-old kids. Despite everything, one should take seriously the third piece of advice given to the citizens of the empire (1. Wash your hands. 2. Avoid coughing or sneezing in contact with other people), an imaginary corollary of the second, to perceive that the network of power wishes to worsen the diffuse psychosis: “Avoid contact with people with respiratory symptoms.” Translation: “Still pay attention to Sunnis and bearded Shiites, for they remain terrorists, not only among the Syrian ruins but also in Iran. However, despite this ongoing danger, dear fellow citizens, please place this year 2020 under the sign of mistrust towards those who cough.”

Don’t panic because they ask us to. The second thermodynamic law has most certainly accelerated because of this world system, but it is still far from having finished its work.

PP-S: The disaster is above all the lasting nature of the catastrophe. “Sustainable” as something to be constantly renewed because it is profitable.

PPP-S: “Security is freedom.” This sentence of course comes from the most famous of Orwell’s dystopia, plagiarised by Manuel Valls. It is above all the guideline of Chinese, European and American political economy.

PPPP-S: There is never the whole truth about anything. In this spectacularly overturned world, the true and the false are interchangeable. Guy-Ernest Debord exclaims: “everyone’s concrete life has deteriorated into a speculative universe.” Being all philosophers by contingency, let’s learn to become one out of necessity, and start by questioning everything that we carry, transmit, and even sell automatically.

PPPPP-S: When Agamben says that the state of exception has become the normal paradigm of government, it means understanding that the power network governs by crisis. In other words, it maintains an imaginary of catastrophe, the problems of which concern us of course, but over which we have no control. Whether it is environmental, health, terrorist or financial, we, people from below, have no control over the decision-making process. “You talk a lot about the citizen but that remains very abstract …”. The citizen is first of all the legal-political-economic fiction inherited from social contracts and the Enlightenment, materialised, or more precisely, re-materialised by the French Revolution and modern nation-states. The individual, the integrated being, whole, not separated, caught in a relationship of subjugation with the State, supposedly a give-give relationship (the contract) of rights and duties, is a priori a myth. This consented to submission gives, at least at the level of institutional grammar, the history of the language of the power network, form to the figure of the subject. The arts of war and government have developed so much in recent millennia that we believed this fiction, this myth and this figure; they were naturalised by us in the West, to the point that we no longer question their positivity, not even the places of their exercise.

The citizen, it is a priori this being which receives its name and its statute by its nativity. Birth, the locus of birth, therefore becomes the marker, the number, the trace of sovereignty. Or the first breath as legal permanence. Her/his ultimate act, before the environmental crisis, was voting. Today s/he sorts his waste and when her/his wallet permits, s/he tries to eat organic. Anything other than what is legal?No, nothing … Every citizen, if in fact there are any any, is illegal and revolutionary in that s/he must above all reinvent some ersatz polis, that is, s/he must fight against the current form of citizenship.

Elsewhere in the same place, the foreigner, the migrant, the displaced, the so-called undocumented puts in crisis this legal-political-economic construction. S/he obstructs it, as the remnant of the old and present colonisations with which the capitalist West must always deal. And even if nobody among us knows exactly why part of the power network hastened to shout “level-five-epidemic is a good option”, the “coronavirus event” will radically increase border controls, in other words, will make the movement and reception of migrants even more difficult. The exceptional figure of the displaced necessitates exceptional laws and measures, slowly to be integrated into national law as well as international law, for all, along with studies and journalism, to channel “the problem”, limit it while enlarging it in the language and in the dominant social imagination. The same process appears in relation to the figure of the demonstrator-rioter at the national level, as with the terrorist at the level of international law. We profile the threat to spread it to the extreme, to render foolish the imagination of most, and above all, to entertain them with the ultimate threat, ourselves.

PPPPPP-S: “We as the ultimate threat?” The exhaustion of surplus value leads the power network to constantly reinvent minor forms of unsustainability, so that we forget our own.