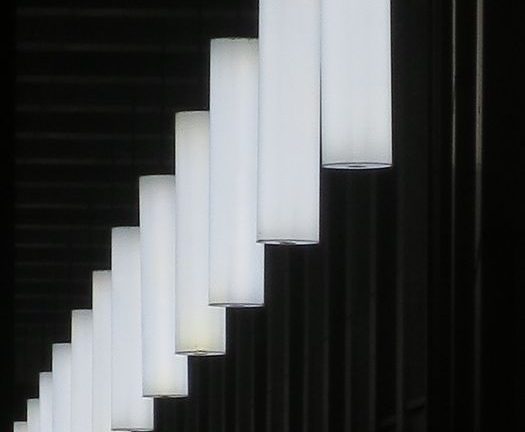 By COLD AND DARK STARS

Can another Einstein exist in this era?  A better question  is whether  the spirit of his  research program could emerge again in our current predicament. By his research program, I mean the activity that grasped through a few thought experiments and heuristics fundamental principles that not only revolutionized physics but our whole ontology in general. Through a combination of imagination and mathematical prowess,  such as imagining himself riding a lightning bolt, and then translating this imagination into the language of geometry, he revolutionized our most fundamental intuitions of space and time.

Fast forward a hundred years later, where physics has become increasingly specialized and fractal-like,  with theoretical physics atomized across many sub-disciplines. Given this complex landscape, there is simply not enough bandwidth to  engage the informational complexity of all relevant fields in order to grasp at something both holistic and fundamental. Instead, scientific knowledge is atomized among various disciplines.  Yet, although this division of labor and increased informational complexity has a legitimate logic, as many fields  truly become more specialized and complex in a useful, authentic sense – this complexity has decreasing marginal returns. We can see this effect in some of the paper mills of theoretical physics, with theory after theory that may only have tenuous links with the facts of the world.  At some point, the complexity and literature grew exponentially, engulfing empirical confirmation.

One of the most striking example of the diminishing returns of complexity is the lack of revolutionary shifts in theoretical physics. The  last major physics revolutions, quantum mechanics and relativity, happened roughly a hundred years ago. This is in spite of the huge increase in the number of scientists and disciplines throughout the last century. There is no shortage of models and theories, yet the creation of novel predictions and empirical confirmation is slowing down, as evidenced by the inability of expensive particle physics experiments to confirm any of the new particles conjectured by the last generation of theoretical physicists.   In other words, to use Lakatos’ ideas, theoretical physicists is degenerating, because there is an exponential increase in informational complexity without much empirical content backing it. In short, all the new and expensive scientists, computers, theories (e.g. supersymmetry, string theory) and cryptic fields are generating diminishing returns in knowledge.

However, not only academic sciences are degenerating. In this stage of capitalism, the degenerative research program is universal. This universal research program includes all relevant fields of human inquiry and knowledge. Therefore, this degeneration not only exists in the apex of academia, but it dwells in any institution meant for problem solving.  We find a decrease in productivity across many industries and the economy as a whole, which signals diminishing returns in complexity. In all these parts of society there is an increase of expensive complexity that yields diminishing returns.  Since all these institutions are problem-solving,  and use some sort of method/episteme, we can say that their theories of the world are degenerative, in analogy to the Lakatosian concept of degenerative research program. In spite of their bloat in specialists, the marginal returns in the “knowledge” necessary for production decreases.

Perhaps the most incredible aspect of this decline is the existence of experts in almost wholly degenerative methods.  As degenerative methods exponentially increase in volume – methods that don’t have much empirical backing, the informational complexity needs more specialists to manage it, and these  experts are almost specialized entirely on these decaying methods. Economists and string theorists are the quintessential examples of degenerative professionals.

This degeneration of the universal research program, and with it, the creation of a degenerative caste of professionals  has not come unnoticed by the population. This decline has probably fueled part of the anti-intellectual and anti-technocratic wave that brought Trump to power. For example,   people often complain about the increased inaccessibility of academic literature, with its overproduction of obscure jargon. Another example is the knee-jerk hatred for administrators, managers, and other technocratic professionals that are seen as doing increasingly abstracted work that may not connect with what is happening at the ground. For instance, a common target of criticism  for this phenomenon is the admin bloat that festers at universities.

This abstract process of the degenerative research program is linked to the health of capitalism, in a two way feedback loop, given that it is through problem solving that capitalism develops technological and economic growth.  Perhaps we can understand the health of capitalism better by referring to the ideas of the anthropologist Joseph Tainter. Tainter argues that societies are fundamentally problem solving machines, and that they add complexity in the form of institutions, specialists, bureaucrats, and information in order to increase their capacity to solve problems in the short term. For example, early irrigation systems in Mesopotamian civilizations, crucial for agriculture and therefore survival, created  their own layer of specialists to manage these systems.

However complexity is expensive, as it adds more energy/resources usage per capita. Furthermore, the problem solving ability of institutions diminishes in returns as more expensive complexity is added. At some point, complex societies end up having a very expensive layer of managers, specialists, and bureaucrats that are unable to deliver in problem solving anymore.  Soon, because the complexity is not making society more productive anymore, the economic base, such as agricultural output, cannot grow as fast as the expensive complexity, making society collapse. This collapse resets complexity by producing simpler societies. Tainter argues that this was the fate of many ancient empires and civilizations, such as the Romans, Olmecs, and Mayans. So Tainter here is arguing for a theory of decline of the mode of production, where modes of production are “cyclical” and have an ascendant and descendant stage. Using this picture, we can begin  to identify a stage of capitalism in decline.

This decline of capitalism has plenty of empirical evidence.  “Bourgeois” think-tanks like the Brookings Institute argue that productivity has declined since the 1970s. Marxist economists like Michael Roberts assert that the empirical data shows that the rate of profit has fallen since the late 1940s in the US.  Not to mention the recent Great Recession of 2008. However this economic and material decline is linked to the degenerative research program, as the expensive complexity of degenerative institutions expands faster than the economic base (e.g. GDP). For example, the exponential grow of administrators in healthcare and university at the expense of physicians and professors is symptomatic of this degeneration.

The degeneration of the universal research program  has two important consequences. First, that a large part of authority figures that base their expertise on credentials are illegitimate. The reason is that if they are part of a degenerative caste of professionals (politicians, economists, etc.)  so they cannot claim authority on relevant knowledge because their whole method is corrupted. This implies that socialists should not feel intimidated by the credentials and resumé of the technocrats closer to power. As mentioned before, right wing populists such as Trump understand partially this phenomenon, which has unleashed his reactionary electorate against the “limousine liberals” and “deep-statists” in Washington D.C. It’s time for us socialists to understand that particular truth, and not be afraid to counter the supposed realism and expertise of the neoliberal center.  The second consequence is that our methods of inquiry, such as science or philosophy, has  stalled. Instead, the feed-back loop of complexity creates more degenerative specialists that are experts in an informational complexity that has tenuous connection with the facts of the world. Whole PhDs are made in degenerative methods – for example, scientists specializing in some particular theoretical framework in physics that has not been validated empirically.

What is the socialist approach to the degeneration of the research program? Although one cannot say that socialists will not suffer from similar problems, given that informational complexity will always required when dealing with our complex civilization, Capitalism has particularly perverse incentives for degenerative research programs.   For example, the way the degenerative research program survives is through gate-keeping that safeguards the division of labor by well paid and powerful professionals. An obvious example is current professional economics, which largely requires an absorption of sophisticated graduate level math in order to enter the profession, even if those mathematical models are largely degenerative. In the political landscape at large, the State is conformed by career politicians and technocrats, who safeguard their positions through undemocratic gate-keeping in the form of elite networking and resumé padding.  The rationale for this gate-keeping is that these rent-keepers accrue power and wealth  through the protection of their degenerative research programs. Furthermore capitalism accelerates the fracturing of division of labor as it pursues short-term productivity at all costs, even when this complexity in the long term becomes expensive and a liability.

The socialist cure to the degeneration of the research program could consist of two main ingredients. First, that institutions that command vast control over society and its resources should democratize and rotate their functionaries and “researchers”.  For example in the case of the State, a socialist approach would eliminate the existence of career politicians by putting stringent term limits and making many functionaries, such as judges, accountable to democratic will. Since there are diminishing returns in knowledge through specialization and informational complexity, a broad public education (up to the university bachelor level) could guarantee a sufficiently educated body of citizens so that they can partake in the day to day affairs of the State.  Instead of  a caste of degenerative professionals controlling the State, an educated body of worker-citizens could run the day to day affairs of the State through a combination of sortition, democracy, and stringent term limits.

The second ingredient consists of downsizing much of the complexity by focusing on the reduction of the work-day through economic planning. Since one of the main tenets of socialism is to reduce the work-day so that society is instead ruled by the imperatives of free time as opposed to the compulsion of toil, this would require the elimination of  industries that do not satisfy social need (finance, real estate, some of the service sector, some aspects of academia) in order to create a leaner, more minimal state.  Once the work-day is reduced to only what is necessary for the self-reproduction of society, there will be free time for people to partake in whichever research program of their choosing. Doing so may give rise to alternate research programs that don’t require the mastering of immense informational complexity to partake in. Perhaps the next scientific revolution can only arise by making science more democratic and free. This vision contrasts to the elitist science that exists today, which is at the mercy of   hyper-specialized professionals that are unable to have a holistic, bird’s eye view of the field, and therefore, are unable to grasp the fundamental laws of reality.

By COLD AND DARK STARS