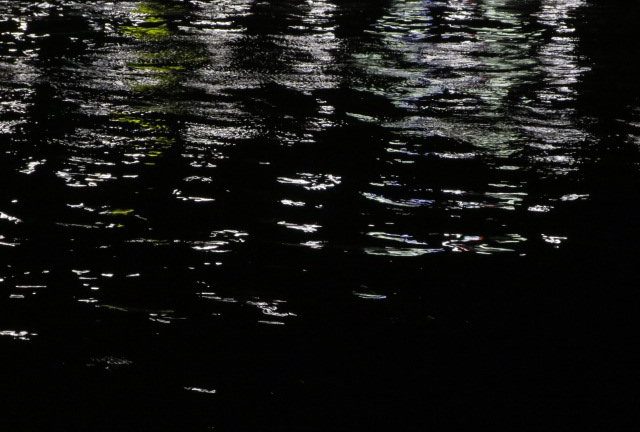 THE END OF DELEUZE IS NOT NIGH

It has become fashionable to declare that the age of post-structuralism is at an end, and many a meditation has been proposed on our possibly living in a “post-deleuzian” epoch. Such talk seems to be situating Deleuze in a chronology where citing Deleuze 20 years ago had a certain meaning and value, that it can no longer have today. Typically, various good or not so good options are envisaged (speculative realism, transcendental materialism, or even object-oriented ontology) as trying to go beyond the language of the classical subject but to retain some of its pathos, preserving a closeness to experiential narratives invoking the philosophical affects of wonder, fascination, and enchantment.

Some thinkers advocate the figure of the cyborg, not in the sense of a naive or scientistic phantasm of technological positivity, but in that of a self-reflexive cyborg incarnating the negative dialectics of the non-All. This figure sometimes seems to be the best solution as it embodies not just the material hybridity of human and machine, but also the ontological hybridity of virtual and actual. Contrary to a popular misconception, negativity is not a problem for Deleuze, and is omnipresent in his work, being concentrated especially in the prefix “de-” (decoding, desubjectivating, destratifying, deterritorialising, etc. ), even to the point of him saying that “deterritorialisation comes first”.

This solution closely resembles Deleuze’s own in NEGOTIATIONS, where he says about writing, but it is also applicable to to thinking, “Writing is a flux among other fluxes, and which has no privilege in relaton to the others” (my translation). “Cyborg” belongs to the same register as “desiring-machine”, an ambiguous overcoming of the dualism between life and machine, that corresponds to the time (to the conceptual time, and not necessarily to the chronologically situated time) of ANTI-OEDIPUS. As Deleuze tells us, there is no such thing as a mono-flux, all fluxes are necessarily hybrid.

Note: Deleuze always claimed that there is nothing intrinsically wrong with dualism as long as it constitutes a preliminary step towards a more encompassing pluralism.

François Zourabichvili defends rather an “ahistorical” or “untimely” approach to Deleuze, that avoids the trap of the dictatorship of chronology:

If our approach was resolutely ahistorical, it’s because we wanted to bring forth the systematics of Deleuze while avoiding the overly coarse chronological traps (in many respects, for example, the turn of ANTI-OEDIPUS is a trompe l’oeil, since the true renewal of concepts – becoming-animal, refrain, war-machine, etc. , takes place only later). LA PHILOSOPHIE DE DELEUZE, (6, my translation).

My provisional conclusion is that there is no reason to suppose that we are necessarily in a post-deleuzian epoch simply because we come after Deleuze. Historical chronology does not always coincide with the time of the concept. Deleuze’s thought was already “post-deleuzian”, and I am very wary of neat little chronological schemas that weaken a thought such as that of Deleuze by tying it too closely to a specific historical context.

The figure of the cyborg seems to be one possible exemplification of Deleuze’s figure of the “spiritual automaton”. This is a concept that appears in the cinema books, but in fact these books are not primarily about the cinema at all. They constitute, according to Deleuze, “a taxonomy, an essay in the classification of images and signs”. At one point in his lectures Deleuze remarks that you can assign all sorts of things, for example the people you meet, their personalities and their lives, to the different categories of his taxonomy. So there is an application to situations lived in the real world.

The taxonomy has existential import and force, serving to interrupt the stereotypes of our habitual narratives and to re-conceptualise the situations that we are presented with. The concept is one mode of the intervention of the power of the false, in the disruption of the sensory-motor schema and of its chronological time. The advent and proliferation of what William Connolly calls “durational” (as opposed to chronological) time, of becomings, and of incommensurable cuts and leaps, are only some of the consequences.

One of Deleuze’s durational categories is the “spiritual automaton”. The apparent contradiction in terms is explained by the attempt to describe an action (and a thought) that takes place outside the clichés and stereotypes that regiment our actions in the familiar situations of habitual experience, inside the sensori-motor scheme. The spiritual automaton is a type of awareness and action that awakes in us at the disruption of our routines and the interruption of our ordinary sensori-motor schemas, when a different sort of automaticity is needed to respond to the new situation and not just react to it. It proceeds, if you will, by an inventive upsurge of automaticity – that is to say of affects and actions ungoverned by (or even unstructured by) the category of the autonomous subject.

Donna Haraway’s cyborg is one figuration of this creative or visionary automaticity, as is Ted Friedman’s centaur, or Dreyfus and Kelly’s skilful master, and William Connolly’s seer.

It is interesting to see that Zourabichvili’s chronology is the reverse of that propounded by the advocates of “after post-stucturalism”. For these new philosophers, espousing Deleuze 20 years ago had a certain relevance that it no longer has today. On the contrary, for Zourabichvili, his book DELEUZE, A PHILOSOPHY OF THE EVENT (1994) was published in a period:

when it did not go without saying that Deleuze should be regarded as a thinker in his own right, a major thinker of 20th Century philosophy

(cited from the Preface to the re-edition of the book in 2004). He goes on to analyse the various confusions that led to this underestimation of Deleuze: in particular the naive ontological reading that ignores Deleuze’s pluralist subordination of the notion of Being (EST) to AND (ET), and the phenomenological reading that ignores the overflowing not only of the subject but of Being itself by the transcendental field. For Zourabichvili there is no ambiguity in Deleuze’s anti-phenomenological and anti-structuralist stance and Deleuze is totally coherent in carrying through his transcendental project:

We are faced with an interesting terminological choice here. If one thinks that the primacy of Being is constitutive of the very notion of ontology, one will have todeclare that there is no “ontology of Deleuze”. If one sees nothing problematic in the notion of an “ontology of becoming” where Being has no primacy, one may retain the word “ontology”, as Deleuze does, to describe his project. This project is unfinished, but still productive, and its “end” is not in sight.