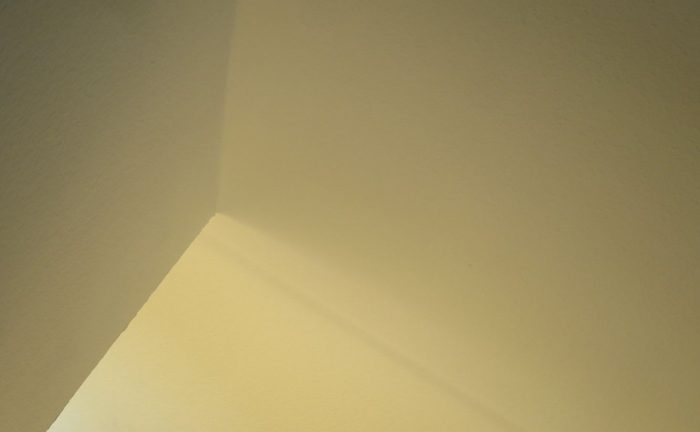 2) Clubs, players and coaches are now highly speculative financial investments. The Neymar deal with a redemption of 222 million raises world football to a new dimension. One rather does not want to imagine the number nor can one distinguish it from other numbers at the moment, most likely to think of it as an abstract number, whereby the variable X represents an abstract symbol for a number, perhaps
one can at least think of an entity called number or a lucky number, which makes the one big throw repeat in innumerable variations, but even that does not meet the fantasy of the number. The fantasy of the number series (the set of natural numbers, pure quantity, which forms an infinite … )

If you click on a club profile, the first figure that springs to mind is the total market value of the club. This corresponds roughly to the market capitalization of a company, although very few clubs are public limited companies. All players have a constantly floating market value, which is determined by a conglomerate of player advisors, clubs, commentators and ultimately the players themselves, i.e. a kind of collective rating agency. The player-entrepreneur is the advanced form of neo-liberal human capital as characterized by Foucault. The professional player is an income-generating machine competence, and this within the football industry, which regards the player as a streaming financial and sporting complex, ready for a limited period of time to support the formation of the corporate unit “football club”. Football players are neither wage-earning workers nor highly paid slaves; they are (like the club) exposed financial assets for the future.

Both players and clubs must be capitalised. It is therefore necessary to compare the future profits expected at a given point in time (ex ante) with the current profits that have become known only ex post and on which one has speculated. The increasingly short-term contracts, youth work and all speculation about a player’s development potential indicate that the player’s future exploitation as a financial investment is a good thing. Accordingly, large financial backers invest in clubs whose player material, which stages the events, is equal to the productivity of the club (in interaction with management, coaches, medicine, etc.).

In a special way, the professional football player is a derivative. The price of the professional soccer player Ronaldo is continuously co-determined by the price of a multitude of derivative products, i.e. products derived from him, which symbolically charge Ronaldo’s hair and/or body design. The market success of the goods promoted by Ronaldo will increase his own price (as a commodity), while commodities, because they carry his name and thus an image, in turn mutate into derivatives themselves. Both types of commodity derivatives are there for each other, among other reasons because Ronaldo has managed to swing himself up to living money. Obviously Ronaldo’s commodity supports the goods he advertises, and vice versa: both types of commodity increase their price in pure reciprocity, in that they both authenticate themselves as derivatives in the media gutters of the picture industry.

3) The DFB provides the institutional framework for the flourishing football business in Germany. The organisation and marketing of football includes the stimulation and control of so-called thymotic energies, of ambition, energies which, however, today, and Sloterdijk forgets this, have (gone) swimming in a lake of wellness-feeling. The officials of the DFB, whom Sloterdijk calls the indispensable parasites of the sport, follow the organizational secrets, as the Olypmian Committee has long given them, namely to create as many functions and posts as possible in order to rise into the ranks of the nouveau riche and nouveau important (Sloterdijk), The accumulation of wealth, if necessary through corruption, for which the media, Televesion and clubs are being used, the latter the matrices of the sporting movement, surrounded by applauding fans who are now slowly getting fed up.

4) Football is a global event machinery that broadcasts football matches on TV around the clock. Nowhere is the victory of constructivist media theory, which says that the media create the event and not the other way around, better realised than in football. Empirically, this can be seen in the fact that the big clubs generate a large proportion of their revenues through broadcasting rights that are awarded worldwide.

The desire for overcompensation spurs on professional football. In contrast to modern theatre, where from the very beginning only losers appear, talking about their problems and getting more and more tangled up in the process, in modern football arena it is all about the desire to make the basic distinction: victory or defeat.

The staging of the uncertainty occurs with the promise that in the end a satisfactory solution will have been found for at least one of the parties, whereby tactics are necessary for both sides to produce this satisfactory solution in the course of the game itself, by breaking down and updating (virtual) sequences into molecular modules and pathways that can be recombined quasi mechanically at any time through lightning-fast decisions, calculations and changes of tactics. In the mass media spectacle, the new is always a means to build up and release tensions or to maintain a permanent arc of tension, whereby just enough novelty is allowed as a deviation so that the effect of recognizing the old schemata is not disturbed. The new alone should bring into play unthreatening uncertainties, but without the freshness of an alienation.

5) The football stadium is both spectacle and panopticon. By means of comprehensive video surveillance of the spectator area (seats are better to monitor than standing room), the police, who have their own operational rooms as well as stadium guards, now have control over the stadium. They are supported by an analytical apparatus that divides football fans into three categories: Category A = normal fan; Category B = prone to violence; Category C = prone to violence, they seek confrontation. This power-knowledge complex creates specific power relations inside and outside the stadiums. In the course of the transformation of the stadiums into a mainly commercially usable space, pyrotechnics, for example, have also been illegalized.

6) The neoliberal player stands for the requirements of a flexible labour market. Human capital should possess endurance, flexibility and autonomous motivation, occupy the spaces, anticipate game situations, play in a team-oriented manner and yet be creative. The magic formula is called team. Performance potentials are realized in a team, but at the same time, one’s own elegance must be asserted, and this is what makes the star. The football industry today is always a casting industry.

7) The Ultras are both a result of state-produced delinquency and a political issue. They are fans who do not want to be conventional fans and yet they are.

Every form of local patriotism produced by fans and consumers is, like the football club itself, part of a ranking that the cities organise as capital locations in international competition against each other.

8) Football pays homage to success, which is synonymous with luck and positive thinking. This corresponds to the permanent life logging of the player, a careful observation of the body, which should lead to higher performance. The control becomes gaseous, it excites and is insidious at the same time. The player is a perfect self-quantifier, but one who always helps the team.

9) A vision: There is the intimate dialogue of the football subject with the ball as quasi-subject, whereby it seems to be exclusively and solely the ball, which constantly hits the strings and chooses its own paths and tracks, so that the ball alone seems to occupy the positions, running paths and places, shifting them in every second of the game, thus creating the continuum of the infinities of possible paths and encounters, touches and relations that the ball itself creates, becomes unspeakably alien to the football subject, this chaos of infinities, only laboriously limited by strategies, tactics, abilities and skills – players, referees, television cameras, soundscapes and Euclidean geometry, yes, and even the stadium itself plays along, the spectators with their collective perceptions oscillating between event and event – (the stadium panorama creates the orbit of an exaggeration of collective affects).

10) One position: “It is the fact that the Monday paper is always the least readable, because the aggressive sports section with its slurry of football front reports, half-naked photos of players and penny-pinching wisdom keeps the miserable rest in its claws. Football commentaries are not an opinion, but a crime. It is the boldness off the peg, which is dressed up from the daily garbage collection of the feuilleton, KiKa and H & M and hallucinates the “adventure me” and even the “adventure life” in football…

It’s the overnight rental visas of accepting media work, the grenade-headed zombies from politics, church and business who chum up to football in order to be pop or cool or both. Because if you don’t do well, you won’t get elected, your quotas will drop, your chair will wobble and no one will buy your products. Never before has the commitment to mediocrity been so convincing: it is the affirmation bubble of polytropic fun bourgeoisism, which is the worst thing in the world precisely because it doesn’t dream…it occurs to me that this is modern bourgeoisism.”