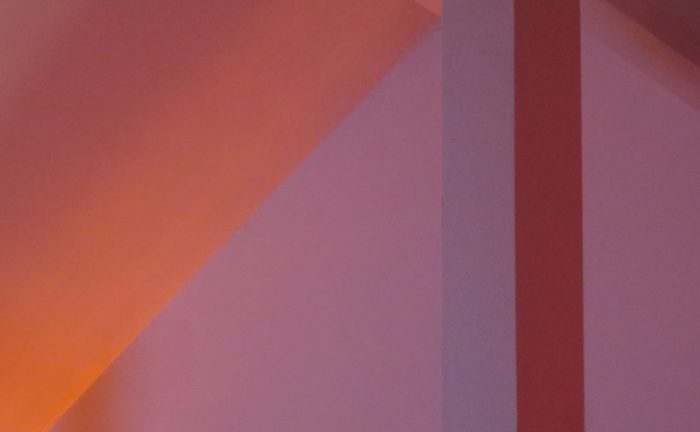 The Immanence of Truths

I’m told that Alain Badiou’s L’immanence des vérités has recently appeared in Parisian bookstores. I look forward to ordering a copy, and am reposting here my initial intuitions about the book, published last spring on e-flux, both as an invitation to think further about Badiou — unquestionably the most interesting living philosopher — but also to provide more context for my recent post on the black box of the world and a previous attempt to define the analog.

Following in the spirit of book reviews written about books that do not exist, I offer here—no doubt at my own peril—a series of observations in anticipation of Alain Badiou’s forthcoming Being and Event 3: The Immanence of Truths, a book that does not yet exist but will exist at some point in the future.

1. Alain Badiou has been interested in poetry and literature throughout his long career. Yet in recent years he seems to be turning more closely to poetry. Such a turn presents something of a problem for Badiou, a Platonist, given Plato’s skepticism toward poetry and concomitant preference for mathematics. But what is poetry? And what is math? For Badiou poetry is a marker for the event, for life, for the real, for what Jacques Lacan called “the impossible.” By contrast, mathematics is the space of the precise letter, of argument, of proof, of learning and training (after the original Greek meaning of mathēsis), of formal abstraction in its most rigorous articulation. Already notorious for his defense of mathematics as ontology, Badiou has become a bit more evenhanded on the question of the matheme versus the poem, preferring instead to describe philosophy as poised “between” poetry and mathematics, not simply privileging the latter.

3. “Geometry” is the name given to the mathematics of real difference. Geometry deals directly with the pure continuum of the world, and thus appears most commonly as continuity in line or curve. Geometry trades in magnitudes and proportions, figures and shapes. Geometry produces images and constitutes a kind of image-thinking. At the same time, geometry suspends the number and thus puts abstraction into question (as negative or subtractive abstraction). The contemporary name for geometry is “analogicity.”

4. “Arithmetic” is the name given to the mathematics of simple identity. Arithmetic starts with numbers and counting, and thus relies on a fundamental individuation of entities under some rule of identity. Arithmetic proceeds under the sign of the letter and thus tends toward a kind of text-thinking aiming at the production of texts. Arithmetic transcends the real continuum and thus constitutes both the act and living body of abstraction (i.e., positive or additive abstraction). A common synonym for arithmetic today is “digitality.”

6. Historically speaking, geometry is the first mode of mathematics, arithmetic the second. Yet that belies the basic bias of geometry: to prioritize time, and hence to have prioritized itself. Indeed, considered from the perspective of structure, arithmetic is the first mode of mathematics (with geometry now relegated to second), given how difference may only spring from a prior identity. Which story to believe, genesis or structure? The answer will reveal much about who is speaking.

8. In other words, there seems to be a mathematics of the poetic real (the second or real infinity of Georg Cantor, the indiscernible of Paul Cohen) just as much as there is a mathematics that is more, as it were, faithfully mathematical (Cantor’s first or natural infinity, Kurt Gödel and the concept of the constructible set, but also in a way set theory overall with its affection for counting and the “count-as-one”). The mathematics of the poetic real gestures outward from discrete number to continuous curve. The rest is a more directly math-oriented mathematics that focuses on the strict lucidity and utility of circumscribable blocks, the integers.

9. Recall the fabled inscription at Plato’s Academy: “Let no one ignorant of geometry enter here.” But for Badiou it has always been arithmetic, not geometry—that is: the number, the count, the theory of points. Recall how Brian Massumi once wrote an essay in homage to Gilles Deleuze called “On the Superiority of the Analogue.” For Badiou it would have to be the reverse, as each of his many treatises secretly bear the hidden subtitle “On the Superiority of the Digital,” the digital defined as arithmetic and discrete number.

10. Badiou is a digital thinker in an age dominated by analog philosophy. Let me explain. Labeling him a “digital thinker” is not to suggest that Badiou has written about computers (he hasn’t), nor that he is somehow allied with the school known as Digital Philosophy (he isn’t). The moniker is also not meant as a backhanded insult—formal similarities between set theory and info-capitalism notwithstanding. Rather it is meant as a characterization of a general tendency of thinking.

11. Which is one way of interpreting Badiou’s fidelity to Maoism. The Maoist interpretation of the dialectic favored the moment of analysis, when the one divides into two. And the moment of analysis (1→2) is nothing else than the moment of the digital, of the integers, of arithmetic as a whole. (And indeed many of the mathematical fields that come under the heading “analysis” reveal their fundamentally anti-real bias by rendering pure continuity via digital techniques such as the differential, the cut, or the singularity point.)

12. Yet while Badiou is an arithmetical and digital thinker first and foremost—not a geometrical thinker like Deleuze—mere number has never been Badiou’s ultimate desire. The Being and Event trilogy is organized around a fundamental choice: either a predictable, rational, constructible universe, or an indiscernible universe of the generic real. Either the state or the event. And sometimes the choice finds two specific avatars: Gödel or Cohen? Constructible or generic? Badiou’s answer is emphatic: I choose Cohen.

13. Plato’s matheme may have interrupted the old Homeric poem. But in the twentieth century, the generic seems to have interrupted the old matheme, leading to a new kind of pseudo-poetry of the indiscernible real. What makes Badiou so interesting, and what differentiates him from the more romantic partisans of the real, is that Badiou arrives there strictly within mathematics. He never “cheats” by exiting mathematics. Discovering the real in the Vale of Chamouni is a feat of poetic mastery. But Badiou discovers it within pure number.

14. How to interpret Badiou’s current interest in poetry and the absolute? Or—if we may be so presumptuous as to speculate about a book not yet published—what can be anticipated in Being and Event 3: The Immanence of Truths? Badiou seems to be cultivating a strange new vocabulary. I do not mean terms like “infinity” or the “absolute”—admittedly alienating to me, a Marxist—but “immanence,” as in the “immanence of truths.” If in the past Badiou was faithful to the Chinese Marxist tradition, he now appears more Russian, favoring the moment of synthesis, the operation of “the two integrating as one” (2→1), a fitting definition of real analogicity.

15. Immanence has a special lineage of course, as in the traditions of Spinoza and Deleuze, or in a different way with Michel Henry and François Laruelle. And the Hegelians will also claim the term, albeit in a manner nearly unrecognizable to me. So why immanence? We know that immanence is a way for philosophers to think of a generic identity (not an abstract one), an “indiscernible” real (not a symbolic one). It is no different for Badiou, and in this new volume he will finally address generic identity directly. However, Badiou still breaks with the poetic tradition, which claims that the real can only be addressed through finitude. Looking beyond what he calls the “pathos of finitude,” Being and Event 3 is devoted to the concept of infinity, continuing on from the long sections in part three of the first volume of Being and Event. So while other thinkers might arrive at the generic through finitude, Badiou does the reverse by approaching the generic through infinity.

17. Badiou’s forthcoming volume is also explicitly about works. Yes, Badiou will be talking about poets and poetic works, but he has always done that. Consider rather the final two sections of the projected volume devoted to works both as objects and as sites of becoming. In other words, Being and Event 3 will address the “immanence of truths” not simply in subjects, or worlds, but in works. And so while Badiou describes the trilogy in terms of a progression from universal, to particular, to absolute, one might also conceive a parallel progression from subject, to world, to work (and perhaps also beyond toward the real).

18. Through all of this Badiou has become less polemical against his former antagonists, bringing them closer into a kind of intimate relation of thinking. Badiou seems to be bringing Deleuze closer for instance, addressing the real continuum directly, albeit only through the concept of large cardinals and transfinite numbers, not Deleuze’s favorite themes such as affect, sensation, experience, intensity, or vitality.

19. Badiou seems to be bringing Martin Heidegger closer too, admitting the poetic site of the real into his system, albeit still rejecting Heidegger’s poetic ontology in the strict sense. Badiou has begun to speak of an infinitude that is covered or concealed, and must therefore be revealed through a kind of unconcealing of truth.

20. And, surprisingly, Badiou seems to be bringing Laruelle closer, not just through the language of immanence, which Laruelle shares with Deleuze, but specifically through the concept of identity used to great effect by Laruelle. Indeed, Laruelle’s definition of generic identity as “One-in-One” bears some similarity to Badiou’s discussion of the absolute as “V in V”—V being mathematical shorthand for the absolute universe of the von Neumann hierarchy of sets.

21. So while Badiou should probably be characterized as an arithmetical thinker first and foremost, I suspect that with Being and Event 3 he finally will have written his treatise on geometry. And he will then be able to utter with confidence: Let no one ignorant of geometry enter here. The arithmetical path and the geometrical path, while both beckoning in the first two volumes, will ultimately converge into a single enterprise in the third. A strict formalization of sublime infinity will provide a picture of the immanent, generic real.