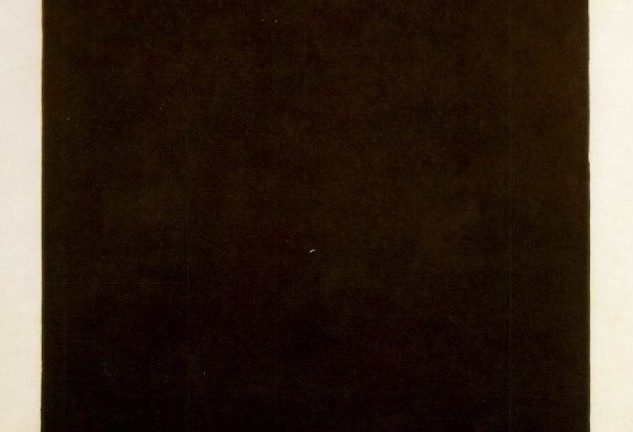 Our uchromia: to learn to think from the point of view of Black as what determines color in the last instance rather than what limits it.” Our uchromia, our non-chromia or non-color — what does Laruelle mean by this?

As Laruelle would say, color always has a position. Color always has a stance. The color palette or the color spectrum provide a complex field of difference and alternation. The primary colors reside in their determining positions, while other colors compliment each other as contrasts. Hence the color posture: purple complimenting yellow, red complimenting green, the primary colors’ posture vis-à-vis the palette, and ultimately the posture of color itself governing the continuum of light and dark, as colors take turns emerging into a luminous and supersaturated visibility, or receding into a sunless gloom.

Laruelle uses photography as a way to explain these never-ending quests into and out of things. “Platonism is perhaps born of the absence of a photo,” he writes, proposing a provocative anachronism. “From this we get the model and the copy, and their common derivative in the simulacrum. And Leibniz and Kant alike — the intelligible depth of the phenomenon as much as its trenchant distinction — find their possibility in this repression of photography.”

According to Laruelle, photography has long been held captive, forced to choose between two unappetizing options,

“philosophy on one hand (consciousness and reflection), psychoanalysis on the other (the unconscious and [automatic drives]). . . . The photo is then neither a mode of philosophical reflection — even if there is plenty of photography integrated into philosophy — nor a mode of unconscious representation or a return of the repressed. Neither Being nor the Other; neither Consciousness nor the Unconscious, neither the present nor the repressed.”

Photography is an ideal candidate for Laruelle’s intervention, because photography requires that light penetrate an aperture and write itself on a sensitive surface, resulting in prints that, in turn, reflect light back to viewers. “Philosophy remains an optics,” he writes. “Transcendental no doubt, but specular: intuitiveness is its unavoidable structure. The eye is first an external empirical sense; then it is divided and doubled, the introduction of the other gaze constituting an a priori optical or specular field; then the gazes knot themselves together, form a chiasmus, and constitute a transcendental speculative field.”

Which is precisely what Laruelle seeks to avoid. Using the language of optics, Laruelle exhibits a unilateralized dioptrics, in that he rejects absolutely the reduplication and extension of the eye in favor of an immanent transparency of identity. But he simultaneously exhibits a unilateralized catoptrics, in that he assigns a pure opacity to the one, a pure density, a pure imperviousness.

“The multiplication of the eye into a recursive spiral does not suppress it,” he reminds us, “for the eye is the intuition that now gives the other eye; the gaze that opens upon the other gaze — such is the kernel of all transcendental aesthetics.” Is this not the great phenomenological gambit, that physiognomy is destiny, that our eyes and senses orient ourselves into a world, toward phenomena that orient and reveal themselves back to us?

The philosopher says, Humanity was endowed with the faculty of sight, so humanity must devote itself to seeing, and seeing well. But Laruelle says, The decision is never between looking and seeing or between listening and hearing. That is no decision at all. The true decision, the decision already made implicitly by philosophy, is to see and hear in the first place. We decide each time we open our eyes.

But what would “identity photography” mean? Identity photography is black photography. And thus identity photography is the only kind of photography that could inscribe the black universe. Laruelle calls such photography a “hyperphenomenology of the real”; it follows a logic of auto-impression, not expression. Not a cliché snapshot, but an immanent identity of the Real. “One does not photograph the World, the City, History,” Laruelle claims. One photographs “the identity (of) the real-in-the-last-instance.” In this sense, although color always carries itself in terms of a “posture” or “stance,” black is immanent to itself and thus can only be an in-stance, an instance, or as Laruelle says, the last instance.