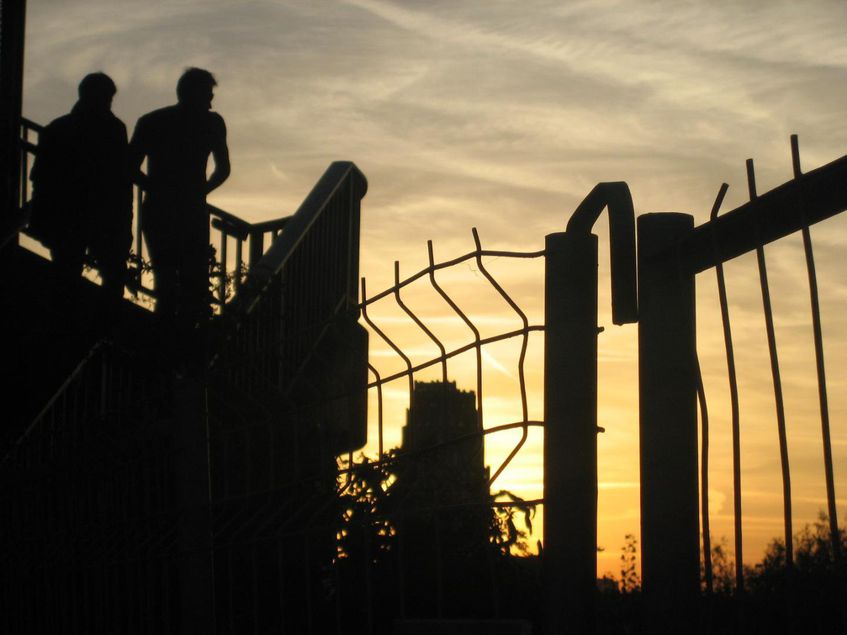 …THE OTHER: A RELIC OF RECOGNITION PAST

§3 We all know the popular argument about anthropology being a perverse theater where the Other is always ‘represented’ or ‘invented’ according to the sordid interests of the West. Nothing can camouflage the paternalism of this thesis, as it simply refocuses the conversation back on Westerners too anxious to talk about anything but themselves. Doubling this subjective phantasmagoria of the colonial system simply piles insult upon injury. These critics once again suggest that all roads return to Europe, even if it is to challenge its civilizing pretensions instead of celebrate them. The result is that European history remains the only universal required reading – the only change is that we are to be wagging our fingers all the way through. By always seeing the Same in the Other, by thinking that under the mask of the other it is always just ‘us’ contemplating ourselves, we we can only see what is ‘of interest to us.’ Anthropology thus reveals recognition to be the mirror of Narcissus. In light of the narcissistic trap of recognition it is imperative to accept the idea that our “negation does not signify nothingness; when the mirror does not reflect our own likeness, it does not prove there is nothing to perceive.”1

For a long time, and due to its acceptance into academic discourse, the ‘Other’ has come to be seen as the pillar of the politics and ethics of recognition. However, a non- and even anti-academic history of the Other requires special mention since we refuse to partake in the self-serving system of ‘the Other’ whether defined as “the face” of vulnerability, or as the non-White and/or non-Male/Masculine partner in that suffocating courtship of earning the privilege to see and evaluate oneself through the eyes of another.

Additionally, some of our contemporaries simply expand the narcissistic mirror, beginning from the myth regarding anthropologies tainted origins, to the whole world through a radical animism whereby humans, bacteria, and mountains all have minds that need to be recognized. Without even cracking a smile, one theorist honestly suggests that we ‘respond to the call’ of a littered bottlecap in the gutter. Such recognition presupposes that the world exists in some sort of primordial equality; between rivals struggling to be recognized by their Others. We do not criticize this perspective as anthropocentric, but rather, to stave off the ridiculous anthropocentrism of giving every-thing ‘the human treatment.’ Extending human virtues to all things does advance our position in civil war. In fact, some things do not deserve our recognition: we refuse to recognize that bosses produce value as capital has no value without the power labor; we refuse to recognize social solutions as they are the biopolitical management of our lives; we refuse to recognize the authority of the law as it is only the codification of routine violence; we refuse to recognize popular opinion as it is merely a reflection of the Spectacle. To them, to the extent we appear to them at all, it should only be as Rimbaud said: as an I that is essentially an Other.2

Let’s take another case from film: Abel Ferrara’s Ms .45 (aka, Angel of Vengeance) tells a story of a mute woman who works as a seamstress in Manhattan’s Garment District. While walking alone one day, she is raped by a male stranger. And even though he need not cover her mouth, since she cannot make a sound, he indulges in a few reaches at her face. However, in a world where speech has atrophied – in the lives of women who are violated even as they loudly make their protest public – our heroine finds other means for fighting back. She refuses to accept the unmitigated access men have over the female body, which gives her a new sense of purpose and the means for its realization (a gun). This is the very principle that Godard gave to cinema (‘all one needs is a girl and a gun’) raised to the level of the political/aesthetic education of our affects. The final scene tells us everything we need to know regarding cruelty and its taste for vengeance: when ‘Ms .45’ realizes that she has been stabbed (in the back, no less) by another woman, she mouths, though silently, the word ‘sister’. That is, to her surprise, she has been betrayed by someone who is like her; and despite this betrayal, communication between women is possible only in the silent mouthing of the words which cannot be spoken. This lesbian moment ends before it can begin, with the literal killing of a ‘love that dare not speak its name.’ As if ‘Ms .45’ was uttering the phrase “Sister, why have you forsaken me? Don’t you know that your silence won’t protect you!?“

Ms. 45’s lesson is clear: in all those forms of social life, structured according to the logic of hetero-patriarchy, one is silent because one is a woman and a woman because one is silent. This is the Fanonian insight manifest in a queer negativity that wants nothing more than to abolish the false promises extended by striving to be seen, to be heard, to be recognized. It represents our own world, where the only communication between ‘Ms .45’ and her male counterparts can take place by means of the bullet. We do not seek to form parties, organizations, or syndicalist organizations. It is not ‘peace now!’ but ‘a piece, now!’ that trades social recognition for political force. This is the ‘counter-violence’ of Frantz Fanon and Malcolm X, which produces a separation from the system of recognition. Such violence is not itself political, yet the violent reciprocity of ‘a direct relation of force’ that breaks the abstract bond holding together State domination of its subjects and poses a disharmony that arrests the dialectic of recognition while opening a space in which politics can emerge.

This issue continues “Five Theses on the Politics of Cruelty,” a restatement of the main features of our defense of ‘the politics of cruelty’ in Hostis issue 1. Though it should go without saying, such cruelty is not meant to be directed at friends and neighbors. It is certainly not an excuse to act shitty to members of your crew, be abusive to a loving partner, or sow divisiveness of any kind. Our cruelty follows in the footsteps of Spike Lee, who replaces the self-appointed Reverend Harry Powell’s moralism in The Night of Hunter with Radio Raheem’s struggle to fight the power. In his telling of the battle between love and hate, Radio Raheem does not act as a false prophet telling us how good prevails over evil. Instead, Raheem tells us that he divides the world in two: love and hate. Those he loves, he loves; those he hates, he hates.

This lesson is at the core of Hostis – we believe that we are in the midst of a civil war. There are two sides: our accomplices and our enemies. To our accomplices, we promise our undying conviction. For our enemies, we have nothing but cruelty. Insofar as the contemporary civil war is ongoing, we are, and despite ourselves, drawn into partisanship as a default condition of our everyday lives. To be and act as a partisan, it could be said, summarizes those founding theses of the politics of cruelty. Additionally, there should be nothing awe-inspiring in such theses. And if philosophy begins, and draws its inspiration from, wonder and awe as Aristotle thought, then thinking, feeling, and fighting as a partisan seeks to put an end to the tired and academic justification of “philosophy as a way of life.” There is nothing wonderful or satisfying in contemplating “being” or some eternal “essence;” especially the “being/essence” of those power relations specific to the civil war waged by Capital.

2‘Je est une autre’ is the original French formulation, from Rimbaud’s Letter to Georges Izambard, 13 May 1871.