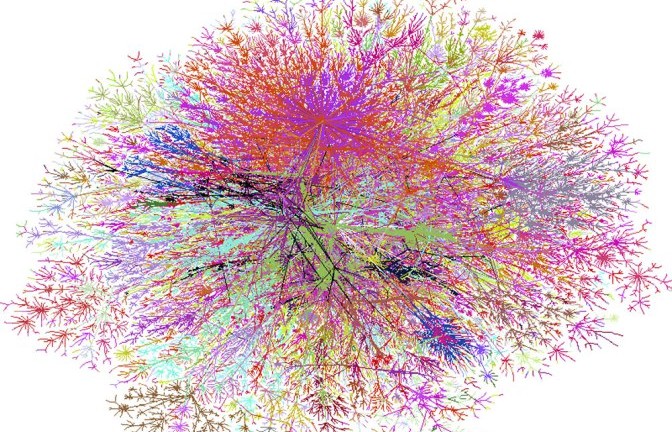 The tale of the circle, the dot, and the arrow — a moral tale — tells the story of a dominant way of thinking about people in the world. The most common preconceptions about epistemology and ontology are contained in the narrative, both what it means to have knowledge and what it means to have being. Here lie all those who meditate on humanity’s authentic position in the world, such as Plato, Kant, and Heidegger, along with many others. Such thinkers offer a story of emergence, of existence, and of orientation. And along the way they also provide a yardstick for measuring what counts as a sincere mode of being within the world. Sometimes this yardstick is called morality. All throughout, the classical narrative adheres to the law of the two: something only exists in relation to something else; here to there, this to that, authentic and inauthentic, the sacred and the profane.

Still, the received dominant has lost its luster, and in recent decades the old dominant narrative has started to slip away, just as a new one appears to take its place. The Pre-Socratic Brotherhood, the new hegemon, consists of all the great thinkers of real physicality, of a newly emboldened nature. From Deleuze to Whitehead and others, a new brotherhood exists today, all those who wish to escape the limitations of Western philosophy, which truth be told is “oriental” by virtue of its orientations and only “occidental” by accident. Like the Pre-Raphaelites, who sought to revert the progress of art back to the Quattrocento before certain innovations in modern aesthetics, the Pre-Socratic Brotherhood seeks to revert the progress of philosophy back to a time before the invention of modern metaphysics. (Here, anachronistically, Socrates was the first modern simply by having invented a form of humanity that broke radically with the past; indeed he was killed for promulgating his thoroughly modern metaphysics.) A brotherhood, but inclusive of women and men and others, this band summons its inspiration from Deleuze and Whitehead but also from William James, Bergson, Nietzsche, and Spinoza.

These, the White Knights of Nature, have replaced the world with the Earth. They have undone the idea in the name of matter, denigrating transcendental form and elevating real materiality. And what have they found there? Difference and multiplicity. Fields of force that interact in various processes of becoming. Assemblages and associations between qualitatively divergent things. Ecosystems, ecologies, and environments. Objects that hum and vibrate with vitality.

They have discovered that the Earth is open not closed, that it teems with playfulness and life. They have discovered the ubiquity of natural freedom. They have identified a universal mode of mixing, in which things are forever entangled and imbricated with one another. Always plural, such multiplicities have little in terms of a fixed identity or firm boundary. Rather, the blurring of borders proliferates. For the Pre-Socratic Brotherhood, heterogeneous processes constitute all of nature. Or, as one commentator put it, we live in “a moving assemblage of interconnected subsystems marked by loose joints, disparate edges, redundant noises, and somewhat open possibilities” (William Connolly, The Fragility of Things, 13).

If the story of the circle, dot, and arrow is a story about morality, the Pre-Socratic Brotherhood tells a different story, not a moral story but an ethical one. What does Socrates represent if not a victory of the moral regime over that of the ethical? Restorative, the Brotherhood wishes to undo that victory, now considered a crime, and restore the ethical core of the universe. In short the Brotherhood wishes to dismantle the law of the two and enact a new count, the count of the multiple.