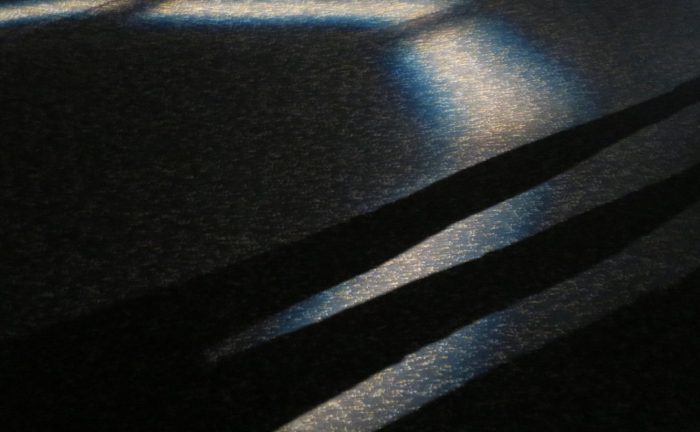 The Radical Dyad of the Non-Human: Thinking Inequality Beyond Identity as Reification

Abstract: Alfred Sohn-Rethel’s epistemology enables a materialist account of the abstractions embodied by the species being of humanity, i.e., the “social relations” that include the questions of individual and collective subjectivation. By recourse to François Laruelle’s non-philosophical procedure of ridding Marxism of “the principle of philosophical sufficiency,” aligning it with Marx’s own ambition to “exit philosophy,” and grounding it in Sohn-Rethel’s epistemology we will examine the fallacies of reification in mainstream identity politics as opposed to affirming social abstractions as real and materialist of the last instance. Sohn-Rethel’s epistemology facilitates a collectivist language of structural inequalities that include questions of gender, sexual difference and class going beyond the post-liberal individualism of mainstream progressive politics and its poststructuralist epistemology.

Sohn-Rethel’s epistemology relies on one simple premise – a materialist methodology, science and the science of the species-being of humanity including political economy, must have a materialist account of the abstractions that constitute human lives. Social relations, economy being part of it, are abstractions that have a real or a material effect on human realities, as well as on other forms of living and non-living physical reality. I choose to refer to “forms of physical reality” due to the fact that Nature is a notion heavily indebted to philosophy and theology (as a form of philosophy). I also avoid the use of “material,” for the same reasons Marx avoided it and instead resorted to the terms “real” and “physical” (sometimes “sensuous” too), namely to circumvent the possibility of being mistakenly assumed to espouse the spontaneous use of “philosophical materialism,” e.g., that of the Young Hegelians and Feuerbach whom Marx criticized. The core of this critique was that Feuerbach remained entrapped in a form of idealism because his materialism is subjected to the same legislating principles that found and govern philosophy (all philosophy, its apex being Hegel). In other words, philosophy cannot escape the form of idealism, and that is why philosophical materialism is merely different semantics filling up the same structure, that of idealism. In order to overcome this problem, and move philosophy toward science, Marx argues an Ausgang (exit from philosophy) is required. Marx’s own work, the execution of his project in The Capital and Grundrisse is a demonstration of how one departs from philosophical “abstractions” (that are in fact generalizations, “philosophically spontaneous” abstractions, cumulative imaginary projections combining science, philosophy, commonsense and mythology of the quotidien in a vague assemblage of a manifest image of realty) to arrive at the concretness that constitutes them. This permits an extraction of abstractions in the methodological not ontological sense, extrapolations of formalized and formalizable notions from the examined material reality. The prerequisite for such a posture of thought and an ensuing process of scientific operation that nonetheless departs from philosophy, is to shift the position of the philosophical gaze, to carry out a non-Euclidian shift, and, thus, do away with a subjectivity centered thought, which Marx identifies (in particular, in his Critique of Hegel’s Philosophy in General, but elsewhere too) as the main culprit of philosophy’s self-centeredness, auto-referentiality and inability to produce accounts of the real (it is not an error to liken this barred real with the Lacanian real, if that helps get the point across more easily). This universal subject megalomanically expanded by Hegel to the universal principle defining all possible reality, morphed into the Spirit that cuts across history and ultimately manifests itself realized or materialized through the negation of its materiality, is a mere projection of the Human ideal, of enlightenment humanism taken to its infantile extremes bordering with the grotesque. The solution Marx proposes is methodological – even though it implies a metaphysical shift too – assuming a third party’s position that sees human subjectivity and thus humanity as object among objects. This is a post-humanist proposal par excellence.

Building on Marx’s proposal to exit philosophy’s self-circumscription but rejecting the idea of fully doing away with philosophy as untenable, François Laruelle proposes a science of philosophy and a science operating with the conceptual repository of philosophy that would transcend a single axiomatic problem – that of the principle of philosophical sufficiency. The latter refers to and is grounded in the procedure of philosophical amphibology, as Laruelle terms it, whereby thought and the real are equated in the form of philosophical truth. Being is the principle, “principle” in the temporal and axiological sense of the word, product of said amphibology: thought and the real constitute a single form of reality, transcendence (a truth) posturing as immanence, whereby the real and the thought that relates and mediates it are unified into an Entity – to ôn, that is presumed to be the “true real”, thus not merely real but real endowed with truth. This dream of reality imbued with truth, with (human) Spirit, elevated or sublimated reality whereby the real becomes more real than the real itself because human knowledge and the real have collapsed in a perfect unity, this unity is what Laruelle’s identification in the last instance (not reduction) of all philosophy to the act of philosophical decision is all about. Therefore, to criticize “philosophical decisionism” in Laruellian terms is not to claim that philosophy or science should not postulate about the real but rather not to decide what it is in and of itself and instead admit its radical foreclosure. Once this foreclosure is admitted, thought seeks to mediate it, explicate it, convey knowledge (and therefore control) of it without seeking to “merge” with it, institute a union of thought and the real. To assume this posture of thought means, according to Laruelle, to assume a position vis-à-vis human cognitive activity and reality as exteriority that is by its constitution equal to that of scientific thought. In this way, one might remain with philosophy, continue operating with “philosophical material” while staying outside of it, miming the scientific posture and ambition of thought. Therefore, the relation is unilateral – the real remains indifferent to thought’s ambition, whereas the latter continues to “clone” the real as Laruelle would say. Thereby, the radical dyad of thought and the real is constituted, never amounting to a unity of the two elements, to a reconciliation of a duality, to acquiescence of their tension but quite to the contrary affirming it. The dyad is therefore radical because it always remains a dyad, it is not a duality or dualism that seeks to be overcome either through some synthesis of reconciliation (the vulgar dialectics) or a playful affirmation of a paradox (postmodernism). Also, it is not an ontology – it does not speak the truth of how things are with regard to what is and what isn’t (real), it does not legislate the real (already affirmed as foreclosed). It is a method. The ‘non’- in non-philosophy and non-Marxism does not stand for ‘anti-‘, but quite the opposite – radicalization of the conceptual core in the both by way of ridding the doctrines of their philosophical legacy structured in line with the “principle of philosophical sufficiency.”

Doing away with anthropocentrism as the foundation of all philosophy leads us to the notion of the non-human (rather than post-human), which in line with the episteme of non-philosophy, would mean radical humanism rid of the philosophical concept of the human, placed beyond any form of anthropocentrism and human-centered thought. At the level of subjectivity, we can apply the same method and recognize the prelingual real at the heart of the non-human on the one hand and the signifying automation the language is, and its effect – the Subject, on the other hand. The real of the human-in-human is indifferent to the processes of signification just as the real of some exteriority is indifferent vis-à-vis the unilateral tendency of “thought” (Laruelle) to signify it, relay it, mediate it, create knowledge or “truth” of it. This originary alienation is never to be overcome by the non-human conceived as a radical dyad (of a foreclosed real and the signifying automaton and its effect, the subject). It is a real abstraction that yields material effects, an abstraction that yields effects of the real, an instance of transcendence and a material reality of cognition that is real and allows for a materialist account in and of itself. Finally, this a purely formal category, just as “labor” or “social relations” are and as such it cannot be reduced to some semantic contents – such gesture, in Marxist terms, would be an error of reification, and an analogy of capitalist commodity fetishization.

Thinking oppression from the “third party perspective,” a method developed by Marx, abandoning human-centered thought (which remains such even when it is termed post-, trans- or even anti-humanist , but is surpassed through the notion of the non-human), doing away with subjectivity centered thought as proposed by both Marx and Laruelle, would enable a radical structural critique of an endless sequence of intersecting forms of inequality beyond subjectivity centered thought, one that inevitably engenders the dogma of identity politics even when trying to be anti-dogmatic (postmodernism/poststructuralism).