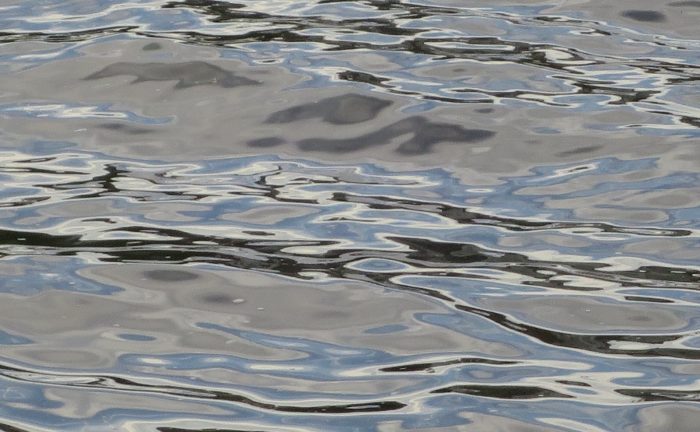 The Statistical Physics of Stock Markets

The externalist view argues that we can make sense of, and profit from stock markets’ behavior, or at least few crucial properties of it, by crunching numbers and looking for patterns and regularities in certain sets of data. The notion of data, hence, is a key element in such an understanding and the quantitative side of the problem is prominent even if it does not mean that a qualitative analysis is ignored. The point here that the outside view maintains that it provides a better understanding than the internalist view. To this end, it endorses a functional perspective on finance and stock markets in particular.

The basic idea of the externalist view is that there are general properties and behavior of stock markets that can be detected and studied through mathematical lens, and they do not depend so much on contextual or domain-specific factors. The point at stake here is that the financial systems can be studied and approached at different scales, and it is virtually impossible to produce all the equations describing at a micro level all the objects of the system and their relations. So, in response, this view focuses on those properties that allow us to get an understanding of the behavior of the systems at a global level without having to produce a detailed conceptual and mathematical account of the inner ‘machinery’ of the system. Hence the two roads: The first one is to embrace an emergentist view on stock market, that is a specific metaphysical, ontological, and methodological thesis, while the second one is to embrace a heuristic view, that is the idea that the choice to focus on those properties that are tractable by the mathematical models is a pure problem-solving option.

A typical view of the externalist approach is the one provided, for instance, by statistical physics. In describing collective behavior, this discipline neglects all the conceptual and mathematical intricacies deriving from a detailed account of the inner, individual, and at micro level functioning of a system. Concepts such as stochastic dynamics, self-similarity, correlations (both short- and long-range), and scaling are tools to get this aim. Econophysics is a stock example in this sense: it employs methods taken from mathematics and mathematical physics in order to detect and forecast the driving forces of stock markets and their critical events, such as bubbles, crashes and their tipping points. Under this respect, markets are not ‘dark boxes’: you can see their characteristics from the outside, or better you can see specific dynamics that shape the trends of stock markets deeply and for a long time. Moreover, these dynamics are complex in the technical sense. This means that this class of behavior is such to encompass timescales, ontology, types of agents, ecologies, regulations, laws, etc. and can be detected, even if not strictly predictable. We can focus on the stock markets as a whole, on few of their critical events, looking at the data of prices (or other indexes) and ignoring all the other details and factors since they will be absorbed in these global dynamics. So this view provides a look at stock markets such that not only they do not appear as a unintelligible casino where wild gamblers face each other, but that shows the reasons and the properties of a systems that serve mostly as a means of fluid transactions that enable and ease the functioning of free markets.

Take our personal life. We are not really interested in knowing in advance at what time we will go to a given store or drive to a highway. We are much more interested in forecasting the major bifurcations ahead of us, involving the few important things, like health, love, and work, that count for our happiness. Similarly, predicting the detailed evolution of complex systems has no real value, and the fact that we are taught that it is out of reach from a fundamental point of view does not exclude the more interesting possibility of predicting phases of evolutions of complex systems that really count, like the extreme events. It turns out that most complex systems in natural and social sciences do exhibit rare and sudden transitions that occur over time intervals that are short compared to the characteristic time scales of their posterior evolution. Such extreme events express more than anything else the underlying “forces” usually hidden by almost perfect balance and thus provide the potential for a better scientific understanding of complex systems.

Phase transitions, critical points, extreme events seem to be so pervasive in stock markets that they are the crucial concepts to explain and, in case, foresee. And complexity theory provides us a fruitful reading key to understand their dynamics, namely their generation, growth and occurrence. Such a reading key proposes a clear-cut interpretation of them, which can be explained again by means of an analogy with physics, precisely with the unstable position of an object. Complexity theory suggests that critical or extreme events occurring at large scale are the outcome of interactions occurring at smaller scales. In the case of stock markets, this means that, unlike many approaches that attempt to account for crashes by searching for ‘mechanisms’ that work at very short time scales, complexity theory indicates that crashes have causes that date back months or year before it. This reading suggests that it is the increasing, inner interaction between the agents inside the markets that builds up the unstable dynamics (typically the financial bubbles) that eventually ends up with a critical event, the crash. But here the specific, final step that triggers the critical event: the collapse of the prices is not the key for its understanding: a crash occurs because the markets are in an unstable phase and any small interference or event may trigger it. The bottom line: the trigger can be virtually any event external to the markets. The real cause of the crash is its overall unstable position, the proximate ‘cause’ is secondary and accidental. Or, in other words, a crash could be fundamentally endogenous in nature, whilst an exogenous, external, shock is simply the occasional triggering factors of it. The instability is built up by a cooperative behavior among traders, who imitate each other (in this sense is an endogenous process) and contribute to form and reinforce trends that converge up to a critical point.

The main advantage of this approach is that the system (the market) would anticipate the crash by releasing precursory fingerprints observable in the stock market prices: the market prices contain information on impending crashes and this implies that:

if the traders were to learn how to decipher and use this information, they would act on it and on the knowledge that others act on it; nevertheless, the crashes would still probably happen. Our results suggest a weaker form of the “weak efficient market hypothesis”, according to which the market prices contain, in addition to the information generally available to all, subtle information formed by the global market that most or all individual traders have not yet learned to decipher and use. Instead of the usual interpretation of the efficient market hypothesis in which traders extract and consciously incorporate (by their action) all information contained in the market prices, we propose that the market as a whole can exhibit “emergent” behavior not shared by any of its constituents.

In a nutshell, the critical events emerge in a self-organized and cooperative fashion as the macro result of the internal and micro interactions of the traders, their imitation and mirroring.