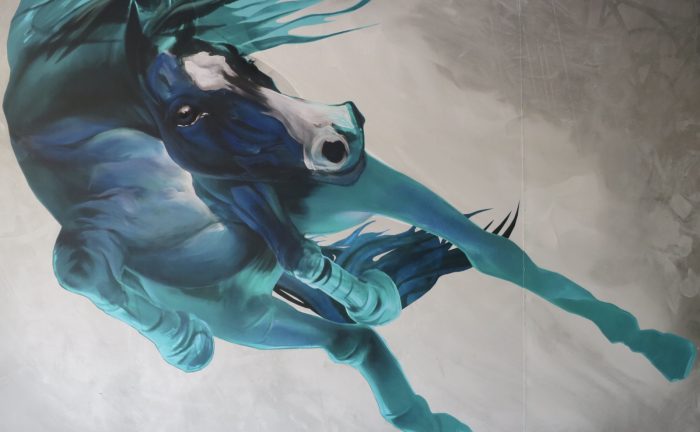 The strong of the future. Nietzsche’s accelerationist fragment in Deleuze and Guattari’s Anti-Oedipus

Despite the passing of time there are fragments of thought that acquire a life of their own and hit the headlines of philosophical and cultural journals with regards to their evaluation and interpretation. Among the most famous ones is the Fragment on Machines by Karl Marx. More recently another «fragment» has gained importance in terms of discernment: a dark and forward looking «fragment in the fragment» by Friedrich Nietzsche nestled in one of Deleuze and Guattari’s Anti-Oedipus (1972) crucial pages.

As widely known the reference to Nietzsche in the famous «accelerationist passage» in Deleuze and Guattari’s Anti-Oedipus is decisive and closes the paragraph entitled The Civilized Capitalist Machine (Chapter III, Par. 9, pp. 222-239). Until today the various commentators of such passage have left aside or overshadowed the specific reference to Friedrich Nietzsche’s Große Prozeß, others have simply quoted the «accelerate the process» issue referenced by Deleuze and Guattari, mentioning Nietzsche’s book The Will of Power, but no one has ever referred to the precise fragment or its context and the potential themes it implies.

The quotation of the fragment is always derived from critical essays or secondary literature books and never from the original Nietzschean work, apart from a note in Wikipedia in the definition of the word «accelerationism» and Matteo Pasquinelli’s short mention in his English “post” called Code Surplus Value and the Augmented Intellect.

It is likely that this omission finds its origin in the fact that Deleuze and Nietzsche’s English speaking/reading scholars, when referring to the English edition of the Kritische Gesamtausgabe edited by the Stanford University Press (Colli and Montinari critical edition), may not have all the posthumous fragments available. The collection The Complete Works of Friedrich Nietzsche in fact started in 1995 but the edition suddenly stopped after the publication of only three of the originally proposed twenty volumes, due to the loss of one of the two curators, Ernst Behler, who died in 1997. Only ten years later, in 2011 Alan D. Schrift and Duncan Large, the two new curators, published three new volumes but the «accelerationist fragment» inserted in Vol.17 Unpublished Fragments: Summer 1886 – Fall 1887 will be presumably published later.

The controversial final part of The Civilized Capitalist Machine may be fully and deeply understood only through a clear reference and analysis of the accelerationist process described by Nietzsche. The specific identification of the above-mentioned Nietzschean fragment which Deleuze and Guattari refer to, opens to a definitive interpretation of the final passage of The Civilized Capitalist Machine. Christian Kerslake, a sharp critic and observer of Deleuze’s work finds the passage quite “difficult to comprehend”. Here is the famous passage which has become a crucial issue especially in the accelerationist area of commentators:

“But which is the revolutionary path? Is there one?—To withdraw from the world market, as Samir Amin advises Third World countries to do, in a curious revival of the fascist “economic solution”? Or might it be to go in the opposite direction? To go still further, that is, in the movement of the market, of decoding and deterritorialization? For perhaps the flows are not yet deterritorialized enough, not decoded enough, from the viewpoint of a theory and a practice of a highly schizophrenic character. Not to withdraw from the process, but to go further, to “accelerate the process,” as Nietzsche put it: in this matter, the truth is that we haven’t seen anything yet.”

Our research has identified the precise Nietzschean fragment quoted by Deleuze and Guattari as shown above. It is a fragment positioned in two different Friedrich Nietzsche’s posthumous editions. The title of the fragment is The Strong of the Future and it was composed in the Fall of 1887. In the collection of fragments edited by Gast and Nietzsche’s sister (The Will of Power, 1906) 1.067 fragments were randomly listed and The Strong of the Future was numbered 898. This arbitrary collection of fragments entitled The Will of Power has produced controversial debates in both political and philosophical fields since the beginning of the twentieth century.

The same fragment with the same title is present in Colli and Montinari’s The Complete Works of Friedrich Nietzsche. It may be found in Part II Vol. VIII of the Italian edition entitled Frammenti Postumi: 1887-1888 together with other 371 fragments that Nietzsche collected in a series provisionally entitled The Will of Power that he will never publish. Here the fragment is numbered (105) 9 [153].

In the original fragment Nietzsche used the verb «beschleunigen» – derived from the physics world- literary meaning «to accelerate something facilitating its faster track». In the English translation by Kaufmann in 1967 the verb has been rendered as «hasten» whereas «accelerate» would have probably been more pertinent even in English, due to the fact that the former deals with the necessity to accelerate (not only in a physical way), while the latter indicates an intrinsic increase of speed in a process. In the Italian translation the verb used is again «affrettare» (hasten) instead of «accelerare» (accelerate), strengthening the above mentioned difference between the two verbs: «accelerare» means the intrinsic and physical increase of an event or of a process whereas «affrettare» shows an external provision of such increase.

Actually the only significant commentator on Nietzsche’s fragment and Deleuze’s quotation is Pierre Klossowski in his Nietzsche and the Vicious Circle (1969), a work dedicated to Gilles Deleuze, who highly appreciated this publication together with Foucault. The useful fertility of Klossowski is dual, first on an exegetic side of his essay Nietzsche and the Vicious Circle and second for his «procreative» translations of Nietzsche’s works. Klossowski was a famous translator from German to French for the work of many intellectuals and philosophers like Benjamin, Wittgenstein, Heidegger (his Nietzsche, 1971) and above all he proved to be the best interpreter of Nietzsche’s thought in France thanks to his masterful and superlative work on The Gay Science in 1954 but in particular for the translation of the Fragments posthumes – Autumn 1887 – mars 1888 edited by Gallimard in 1976.

The fragment we refer to, Les forts de l’avenir, had already been released in Nietzsche et le cercle vicieux in 1969. It is exactly there that we find the verb “beschleunigen” translated in «accélérer» (accelerate); therefore Klossowski’s interpretation has been at the basis of Deleuze’s choice in using the expression to accelerate the process when wondering which «revolutionary path» to undertake; that is the same question the accelerationist movement poses today.

Through an exegetic analysis of the fragment The Strong of the Future in his Nietzsche and the Vicious Circle, Klossowski evaluates Nietzsche’s thought (of 1887) very extant and contemporary, able to move from untimely meditations to disconcerted newness in less than one hundred years, affirming that “the economic mechanism of exploitation (developed by science and the economy) is decomposed as an institutional structure into a set of means” entailing two results: “on the one hand, that society can no longer fashion its members as ‘instruments’ to its own ends, now that it has itself become the instrument of a mechanism; on the other hand that a ‘surplus’ of forces, eliminated by the mechanism, are now made available for the formation of a different human type: the strong of the future.

To reach such a new type of man we should not obstruct this irreversible great process but foster its inexorably expansive acceleration in a mechanism which may seem (without being) contrary to the main aim of «the strong of the future»: the differentiation. The leveling and the social homogenization perpetrated by the democratization of the industrial society are responsible of men’s shrinking. The «strong» and the «levelled ones» will then act for or against such «inexorable law» in a paradoxical overturning, as well as workers and capitalists fight in favor or against the relentless law of the tendency of the rate of profit to fall, another big issue Deleuze and Guattari posed in the paragraph called The Civilized Capitalist Machine.

We have now concluded this short essay whose aim was to precisely describe the Nietzschean source Deleuze and Guattari had drawn from in their famous passage of the «revolutionary path» in the book Anti-Oedipus and to produce the right bibliographic references to the «accelerationist» fragment in Nietzsche’s complex work. We are aware on the other hand to have just outlined a challenging in progress work on the decoding of the deepest meaning of the paragraph The Civilized Capitalist Machine and in particular of the accelerationist passage about the theory and the practice of decoded and deterritorialized flows.