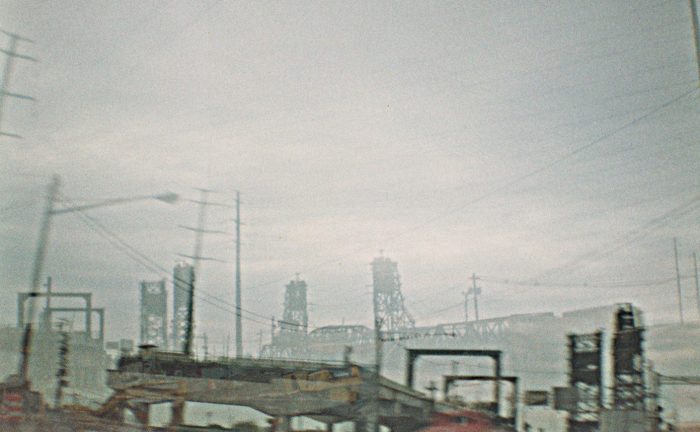 What is to be Done?

What is to be Done? Plenary speech at the 14th annual conference of the world Association for political economy, winnipeg, 19th July 2019

The conference title is ‘Class, State and Nation’. My title is ‘What is to be done?’, a steal from Lenin, but at historical moments like this, the crucial question.

I ask what the working classes should do, what nations should do, and what states should do. These are moral questions: the answer depends on what you think is good. A fascist will desire to eliminate inferior ethnicities while a neoliberal will desire to remove all obstruction to making money. I desire equality, justice, freedom from fear, and the full development of all humans, which I call emancipatory ideals.

What can be done to achieve them? I begin by rejecting, and perhaps caricaturing, two modern views. One, which we might call ‘pure nationalism’, holds that only nations matter. ‘Pure classism’, to which Western socialists incline, says only classes matter. I will argue that:

Nation and class are therefore inseparable Therefore, the answer to the question ‘what should the working classes do?’ is ‘they should struggle for their nations to act to maximise the prospects for emancipation’.

This may sound obvious; but I will add two provisos.

Neither these political rights nor international solidarity are therefore a ‘diversion’ from the ‘true’ class struggle: they are a condition of victory. It is no accident that the only European country with a social democratic current in reach of power is Britain, where Jeremy Corbyn, dismissed and vilified by the intelligentsia, expresses a mass movement that combines a gut rejection of austerity with a deepseated hatred of Britain’s warmakers that created the largest and most persistent mass mobilizations against war that postwar Europe has seen.

In every country in the world, whether it be Trump’s America, Johnson’s Britain, Freeland’s Canada, Chavez’s Venezuela, Putin’s Russia, Xi Jin Ping’s China, Erdogan’s Turkey or Modi’s India, one single rule prevails. On the one hand, the more control the capitalist class exercises, the worse are the prospects of the ordinary people of the country, and on the other hand, the greater the influence and control of the propertyless classes, the greater are the achievements and the prospects of the state for national sovereignty.

Thus every national struggle is at one and the same time a class struggle, in which the issue is which class will impose its will on the nation.

The reason is that we live in an imperialist system: an economic division of the nations of the world, into two great blocs of rich and poor, in which the rich are organised militarily and politically to preserve a monopoly of economic power for their own moneyed classes.

This system is in crisis and is lashing out to defend its privileges. We therefore face great threats: war, nuclear annihilation; ecological destruction, the resurgence of fascism and unprecedented barbarism including the attempt to starve the whole peoples of Venezuela and Iran into submission in the frenzied and insatiable lust for oil and gold.

This results in a kind of massacre of liberal rights. Openly fascist parties are tolerated and even celebrated as patriots. Sanctions against entire peoples – collective punishment – are war crimes under the 1948 Geneva Convention. Yet, any Canadian citizen can be prosecuted for defying them – under measures decreed in secret and never set before parliament. Blatant lies are routinely disseminated while their challengers are suppressed, in the name of ‘fighting fake news’. Across Europe, austerity rules, and the dwindling ranks of the social democratic parties are being brutally thrust aside by the new far right.

This is not a ‘form’ of capitalism; it is capitalism. The rich nations are almost exactly the same group that Lenin termed the ‘Robber Barons’. There are at most twenty ‘advanced’ countries of any size, containing one-eighth of the world’s people. Their average per capita income is ten times that of the rest of the world.. This level of inequality is the source of all other inequalities – yet it has been erased from the official statistics. It testifies to enormous monopoly privileges, whose beneficiaries will stop at nothing to defend.

This system is now breaking up. China, the fundamental exception, has been growing for thirty years at a rate that varies between 4 and 8% greater than the Northern average. The growth rate of the Northern countries has slowed to a quarter of what it was in the 1960s. The dollar is in mortal peril and militarily, the NATO powers have since the destruction of Libya been unable to wage a successful war on foreign soil. The years 2002-2012 saw a formidable surge in the relative standing of all third world. Though this petered out five years ago, China’s growth did not.

The consequence is precisely the aggressive attacks, both military and economic, that we now see.

What is to be done? The answer is simple: these attacks should be stopped. The NATO powers should withdraw their troops from the rest of the world, including Eastern Europe, all attempts at regime change should cease, economic sanctions and the trade war on China should be dropped, to be replaced by relations of collective security, equality and reciprocally-managed trade and migration on the basis of respect for the sovereignty of nations and the principles of the UN Charter of rights.

Who is to do this? Will the rich nations ‘see sense’ and change their ways without any change in their class character? This dangerous illusion has great influence in Russia and to a lesser extent, China. But Marx noted that no ruling class in history has ever surrendered power voluntarily. This applies in spades to the financial and extractive classes and their military-industrial-intelligence complexes. Opposition will not magically materialise but has to be fought for.

All the NATO powers are taking part in the militarization of Eastern Europe; all are enforcing US sanctions against Venezuela and, despite their protestations, Iran. The UK even engages in piracy on the high seas by seizing an entire tanker to defend sanctions imposed by no international agency whatsoever. All take part in the relentless demonization of Russia and China. Politicians such as Jeremy Corbyn or Ilhan Omar who show the slightest sign of a real breach with this united imperialist front are mercilessly pilloried.

In contrast, an axis of resistance to imperial power is crystallising in the third world precisely because, in making war on the whole world, the US and its allies are compelling the world to come together against them. But the resulting alliances, including nations as unconnected with working class emancipation as Modi’s India, are not only a long way from socialism but, as Turkey’s vacillations demonstrate, cannot even be relied on to construct a consistent resistance to imperialism.

It is at this point that the issue of class enters. The early Communists made a fundamental distinction, relevant today, between the tasks of the working class in the imperialist countries and those in the oppressed countries. In Canada, we have to stop our government taking part in the oppression of others. We want the government to bring the troops home, withdraw from NATO, stop supplying arms to the criminal regime of the Saudi Monarchy, release Meng Wanzhou -not least because Huawei has committed no internationally-recognised crime whatsoever – end the criminal sanctions against Venezuela and Iran, and enter into fair and equal trading relations with China, Russia, Iran and the rest of the third world.

In Iran, Russia, China or Venezuela, the key issue is the right of these countries to defend themselves; it would be entirely misguided therefore to argue for example for the disarmament of Iran, or for the ‘rights’ of economic criminals to strip their countries of their wealth and assets.

It is in this light that we should interpret the well-known slogan ‘workers of all lands unite’. This cannot mean that in every land, the workers demand the same thing. In the rich countries we demand the dissolution of the military and its conversion to peaceful purposes. Of course, we would like that to happen everywhere but before it can happen in Venezuela, or China, or Iran or Russia, these countries must be able to defend their people against the assault of the rich countries.

I submit it is entirely justifiable for the workers’ movement of Venezuela to strengthen the armed forces by whatever means are possible, provided only that these armed forces are directed at the aggressors, not the people. When that happens, the workers of the North cannot brand it as a violation of some kind of ‘universal standard of peaceful action’ but must defend it, and explain that it is caused by the aggression of their own governments.

In short: it remains true that the workers of all countries should unite against capitalism; what cannot be forgotten is that since capitalism, in its present form, is imperialism, this can only be achieved by uniting against imperialism.

Propertyless people of all lands, unite against the property-owners – and their nation-states.