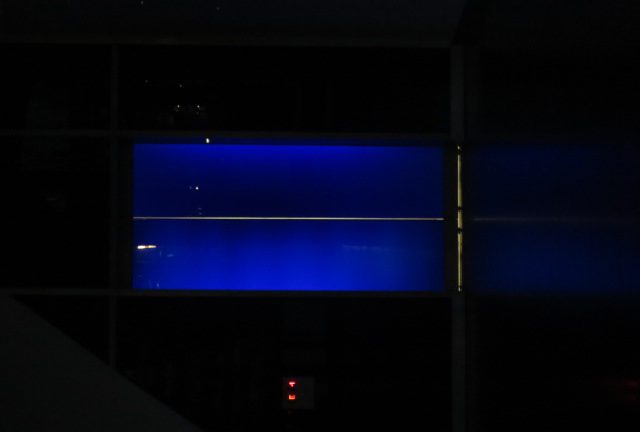 General Formula for the Digital and the Analog

Euclid is remembered as a geometer, when he is remembered at all. But Euclid’s Elements was an omnibus compendium of all mathematical knowledge known to him at the time, beginning with the first mathematics, geometry, then addressing ratio and proportion–that is, logos and analogos–and ultimately arithmetic, irrationality, and other topics. “There is hardly anything in mathematics more beautiful than [Euclid’s] wondrous fifth book,” wrote British mathematician Arthur Cayley. Indeed the definitions that begin book five of the treatise furnish a series of important concepts, first the mathematical ratio, then proportion, understood as an equality of ratios.

Definition 3: “A ratio is a sort of relation in respect of size between two magnitudes of the same kind” [“Λόγος ἐστὶ δύο μεγεθῶν ὁμογενῶν ἡ κατὰ πηλικότητα ποιὰ σχέσις“].

Digital and analog appear here on the same page, perhaps for the first time, at least so under the guise of logos and analogos. Of immediate interest is the expression “two magnitudes of the same kind” (“δύο μεγεθῶν ὁμογενῶν“), or, to mimic Euclid’s terminology even more closely, two homogenous magnitudes. What does it take for two magnitudes to be homogeneous, to be “of the same genus”? They must contain a “part” or submultiple [μέρος] out of which each are measured without remainder. Hence 4 and 3 may form the ratio 4:3 because each is measurable by a shared, discrete submultiple, the simple arithmetical unit more commonly known as 1. But, apples and oranges are not comparable, as the old saying goes, and may form no discrete ratio, because they share no submultiple as a common basis for measurement. (This is one indication for why aesthetics and digitality belong to fundamentally different paradigms; perception easily accommodates qualitative difference while digitality constitutionally prohibits it.) The logos ratio is thus a strange beast, both multiple and homogenous. The digital begins with a differential cut, the cut of distinction. But beyond the initial cut all future differentiation is based on the same genus (the homogenous). Later in the treatise, Euclid expands this basic insight by stipulating that logos ratios are symmetric [σύμμετρα], literally “with measure” or commensurable through a shared, common part.

Definition 6 (above) shifts the discussion slightly. While the previous definition concerned a single ratio, itself defined as a relation of two discrete numbers, this definition duplicates the ratio, bringing two ratios into a relation of equality. When two ratios are the same they are analogos, or proportional.

General formula of the digital: a/b

These two expressions are revealing. At the outset, they confirm that analogos is not the negation or inversion of logos–and thus, by extrapolation, the analog is not the opposite of the digital–but rather, in some fundamental sense, its twin or echo. Yet even as the former is shown to be a reduplication of the latter, the two terms diverge dramatically in their connotations and effects. The two expressions may look similar, and they may be composed the one out of the other, but they ultimately produce two very different technologies.

First, the digital or logos relies on a homogeneous substrate of elements that are differentiated quantitatively. Those famous “zeros and ones” get the most attention, but the rest of the integers are just as digital, as are the natural numbers overall and the rational number line as a whole. And the discussion need not be limited to number, since the alphabet is an advanced digital technology too, as influential as the integers if not more so. (Indeed in languages like Hebrew or Greek, letters of the alphabet are deployed as counting numbers.) Any other system of mediation constructed from quantitative difference will likewise earn the monicker digital.

In this way, the digital follows what might be called the rule of two in that it entails an ever present discretization into two or more parts–the two, the three, the multiple. These parts are brought into relation and assembled into a combinatory whole. Examples of this combinatory mechanism include rational numbers like 3/4 or 5/8, or the composition of words and phrases from simple linguistic elements. Yet even as combinatory wholes, such ratios never elide the two elements that form them. Two voices may sing the harmony of the fifth interval, yet they will forever remain two voices. There is no fifth outside of the two, just as there is no more reduced form of 3:2 than the two arithmetical atoms that compose it.

Finally–and this will be the hardest to demonstrate–the digital generates a transcendental essence within a symbolic order, that is, something significant that supersedes the merely homogeneous substrate of elements. The simple terms of the digital ratio are more or less useless. Alone the number “5” or the letter “g” carries little meaning. Nevertheless, as combinatory wholes, logos ratios contain symbolic value. Such is the magic of language. The letters of the alphabet are not inherently meaningful, and indeed many simple words are not particularly meaningful either, nevertheless constructions may be made of them that bear deep signification. The digital is the site, in other words, of what in poststructuralism was called the symbolic order, where a system of regularly interoperable terms (letter/number, signifier/signified, ego/superego, self/other, etc.), themselves “empty” or generic structures, recombine in complex ways to produce rich compositions, from novels and poems all the way up to human beings and entire societies. In sum, the digital is differential and homogenous, but also transcendental. Digital atoms may be standardized, but that does not preclude them from transcending their own empty consistency. Indeed it mandates that they do.