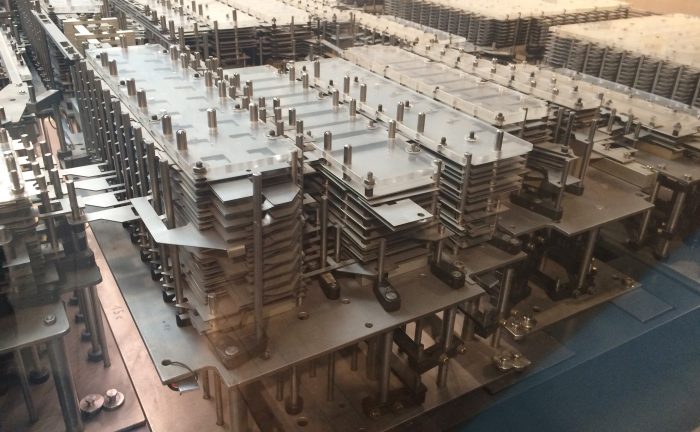 Future (um) 2 * / The Perfect Future: The key to artificial paradise, according to the psychologist Burrhus Frederic Skinner , is the insight that every human being is nothing but a bundle of behavioral patterns – an automaton with predictable and manipulable reactions to the environment. Thus, the only alternative to an anarchic future would be to turn the earth into a behavioral psychological laboratory, so calculated that “soft but insistent ethical sanctions” will keep the order once established … **
​
China 2020, Radical Behaviorism and Behavioral Analysis: When the party’s intended target is met, every step, every keystroke, every like or dislike, every social-media contact, every post is subject to state control and finds itself in the personal social rating system, that’s artificial Paradise Spinner’s become reality –  in the gentle urging and pushing of others and the irresistible spur to confluency, in the sensors in her shirt and the lulling voice that answers your questions, the television that hears her, the house she knows, the bed that listens to your nocturnal whisper, the book she reads … ***

… contented coexistence in a conflict-free society based on behavioral control technologies and, in particular, on the positive reinforcement of socially desired behaviors. ** The Algorithm – Procedure for Solving the Problems: It can be formulated in human language as well as implemented in computer programs. Determinism is the rhythm.

Machine (Deep) Learning: the algorithm learns through reward and punishment – teaching penalties how to avoid punishment – a tactic of how to act in potentially occurring situations to maximize the benefit of the agent ****. The key issue of automated humanity has always been “can it make us read minds?” The ability to control human behavior becomes more frightening than the control of nuclear reactions. Art Bachrach and Robert Oppenheimer were in agreement. As part of the Paperclip project, the US also recruited former concentration camp doctors who participated in the experiments (MKultra, Artichoke, etc.) to predict, control and control human behavior.

The novel (Futuru/ Walden 2) does not answer the question of who defines the social framework in the perfect future, or claims the right to define it, and thus determines the coexistence of the members of this society to the smallest detail, including their ethical norms. Skinner later says, “The guidelines of control must be designed by scientists.” Analysis / Synthesis: Science shares its root in distinguishing, deciding, separating, and eliminating with another term. Machines change faster than we (ourselves, as well as the algorithms) “understand” (understanding). I want to be a machine – no pain no thought. **** Futility / Futurum 2 -: “I” will have been:

The mother comes and tears me. She tears me in by coming and looking (…) She walks right through the wall of stone. Oh, alas, my mother tears me … ​* German title by Walden2 / Futurum2 / Burrhus Frederic Skinner / FiFa Verlag Munich

**** denotes a computer program that is capable of specified standalone behavior. Depending on different states, certain implemented processing operations will take place without a start signal being given from outside or external control intervention during the process. / Wiki