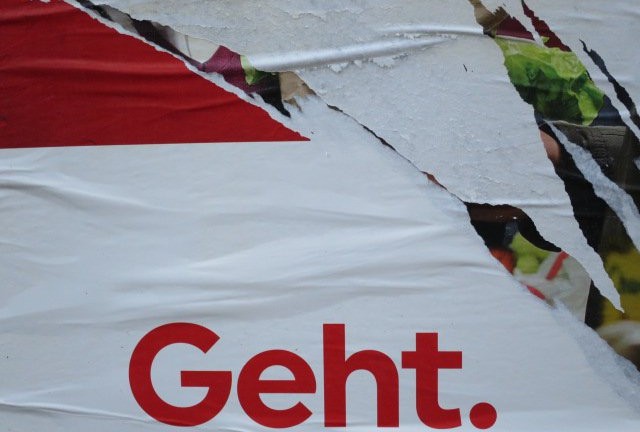 A Short Introduction to the Politics of Cruelty

This is a brief excerpt from the introduction to Hostis Issue 1. A PDF of the full issue can be found here

THE PROBLEM with the social is not that it fails at its intended goals. There is no use in disputing the advances in education, science, or medicine brought by scientific planning of the social – they work. We instead take issue with the means through which the social brings social peace. As French historian Michel Foucault points out, the social was invented simultaneously with the science of the police and publicity, or as they are known today, Biopower and The Spectacle. The former ensuring that everything is found and kept in its proper place, and the latter making certain that everything which is good appears and everything which appears is good. The historical effects is that within the span of a few decades, the governmentalized techniques of the social were integrated into contemporary life and began passively making other means of existence either unlivable or invisible.

Today, the social is nothing but a de-centered category that holds the population to blame for the faults of government. Prefiguration fails to question the social. This is because prefigurative politics is: the act of reinventing the social. Socialist radicals come in a number of flavors. There are dual-power anarchists, who believe in building parallel social institutions that somehow run ‘better’ (though they rarely do, or only for a select few). There are humanist anarchists, who believe that when most styles of governance are decentralized, they then bring out human nature’s inherent goodness. There are even pre-figurative socialists (“democratic socialists” or “reformists”) who believe that many equally-allocated public resources can be administered by the capitalist state. Ultimately, the social functions for prefigurative politics just as it did for utopian socialists and now the capitalist present – the social is the means to an ideal state of social peace.

Let us be clear, we are not calling for social war. Everywhere, the social is pacification. Even social war thinks of itself as (good) society against the (bad) state. This is just as true of an ‘anti-politics’ that pits the social against politics. Look to John Holloway or Raúl Zibechi, who focus on indigenous resistance to the imperialism of capital and the state. Both argue that the threat is always ‘the outside,’ which comes in the form of either an external actor or a logic that attempts to ‘abstract’ the power of the social. Holloway argues that when the state is an objective fetish that robs the social of its dynamic power (Change the World, 15-9, 59, 94), while Zibechi says that indigenous self-management provides “social machinery that prevents the concentration of power or, similarly, prevents the emergence of a separate power from that of the community gathered in assembly” (Dispersing Power, 16). Such a perspective is deeply conservative in nature, and they lack a revolutionary horizon – they reject whatever are dangers imposed from without only by intensifying the internal consistency of a (family-based) community from within, thickening into a social shell that prevents relations of externality. Without going into much detail, this is the largest drawback to already existing utopian socialist experiments – the same autonomy that allows a group to detach from imperialistic domination also becomes cloistered, stuck in place and lacking the renewal provided by increased circulation.

CIVIL WAR IS THE ALTERNATIVE TO THE SOCIAL. Against the social and socialism, we pit the common and communism. Our ‘alternative institutions’ are war machines and not organs of a new society. The goal cannot be to form a clique or to build the milieu. Insurrectionary communism intensifies truly common conditions for revolt – it extends what is already being expropriated, amplifies frustrations shared by everyone, and communicates in a form recognized by all. We fight for sleep, for every minute in bed is a moment wrested from capital. We deepen the hostility, for anger is what keeps people burning hot with fury during the cold protracted war waged by our faceless enemies. We spread images of insubordination, for such scenes remind everyone of the persistence of defiance in these cynical times. If we build infrastructure at all, it is conflict infrastructure. Most of the time, we take our cues from pirates, who would never strike out alone like Thoreau to invent something from scratch. They commandeer full-formed tools of society and refashion them into weapons. The other thing we have learned from pirates is that duration is a liability; abandon anything that becomes too costly to maintain – a project, a struggle, an identity – there are a million other places to intensify the conflict. But even in our life behind enemy lines, we agree with Gilles Deleuze and Félix Guattari, who insist that war is only a secondary byproduct of the war machine; producing new connections is its primary function (A Thousand Plateaus, 416-23). We like how Tiqqun elaborates on this difficulty. If one focuses too much of living, they descend into the insulated narcissism of the milieu. If one focuses too much on struggling, they harden into an army, which only leads down the path of annihilation. The politics of civil war, then, is how exactly one builds the coincidence between living and struggling. Though most know it by its reworking, Call: to live communism and spread anarchy.