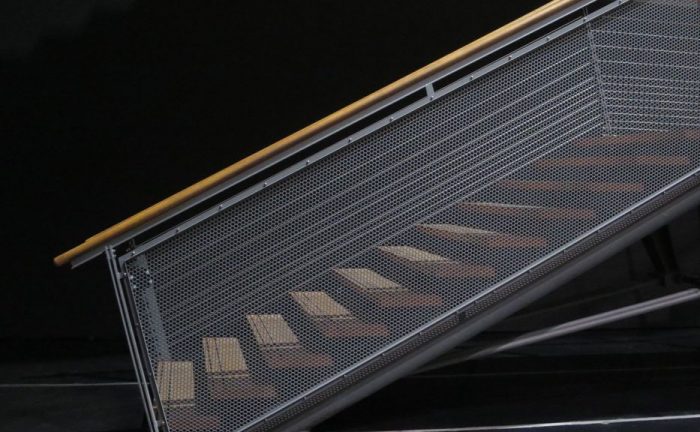 A Theory of Media

What would it mean to provide a theory of media? In contemporary discourse, terms like mass media, social media, visual media, or digital media are used quite freely. Commentators like to claim that we live in a media age, an observation whose very banality too often undercuts its potential utility. It will be worth while to pause for a moment and review the three most common ways of thinking about media, media as substance, media as structure, and media as logic.

The first answer to the question of media is found in the concept of substance. Under the Substance Model of media, the word “media” means medium or carrier. Here we find the great discussions around technology, around things like paper, paperwork, copper wire, signals, artifacts, archives, nodes, devices, what in Plato are called the hypomnemata (ὑπομνήματα), the so-called memory extenders, or the “extensions” of man. The Substance Model typically categorizes media in terms of artifacts or objects. Indeed, a number of contemporary media scholars describe themselves as archeologists, as performing media archeology. Here “middle” is understood in a strictly physical and material sense, as means, go-between, intermediary, the actual materiality of the thing being mediated. The Substance Model focuses on the gut, the meat, the flesh, the body, bodies as such. The Substance Model thingifies the world, turning everything into genetic elements and carrier channels. Something of a pre-Socratic view resurfaces here. Medium thinkers ask questions like “what is the elemental substance?” Pre-Socratic, this approach is Aristotelian as well. Recall Aristotle, great thinker of the mean (the midway, the middle), that great cataloger of matter into classifiable things. Even seemingly immaterial topics like politics or ontology were relevant to Aristotle because he found a way to itemize and articulate them as things, just like the animals of the field or the clouds in the sky.

The second answer to the question of media is found in structure and language. Under the Substance Model, media was defined as “medium.” Here however under the Structure Model the word media means structure of mediation. If the previous model tended to be more material or physical, the Structure Model tends to focus more on form or shape. The Structure Model encompasses discourses on representation, figuration, association, distinction and decision, encoding and code in general. In network contexts, the model pertains to links and edges. In other contexts, one might speak of cognition, consciousness, abstraction and essence, relations or relationality as such. The Structure Model concerns the language (the grammar and alphabet), that is, the basic structural elements that combine in the creation of any medium whatsoever.

These first two models, Substance and Structure, comprise the basic conditions of media; both are quite common today. Indeed, for many the two models are both so important and both so intertwined that they can and must be considered together as one. For many it is difficult if not impossible to discuss substance without also talking about structure, and vice-versa. Philosophy has long taken this kind of stance: why favor one half of the mind-body problem, when most worldly phenomena seem to entail a mutual imbrication of both halves? When posed with the question of the universal and the particular, or the political and the ethical, or nature and culture, the best response is often yes,both! So too with media systems. For instance, something like paperwork is never simply a “raw” substrate, but already inhabits a particular structure. Paperwork has a shape, a color, a way of receiving ink, a certain socio-historical context, and so on. Likewise a supposedly pure structure like the alphabet makes little sense except through the particular manifestations of speech or writing. There must be an articulable real, if not also a social context, within which writing takes place. And these kinds of real substances give the structure of the alphabet its meaning. In this way, it becomes somewhat arbitrary to speak of the Substance Model or the Structure Model in isolation. Even if certain commentators favor one approach or the other, most media theorists consider them together, so much so that we might merge them into a single claim. What does “media” mean? It means the combined involvement of both substance and structure, both carrier and language.

As an example, consider the word “information.” Information illustrates the amalgamation of both the substance and structure models of media. The prefix “in” indicates substance, while the stem “form” indicates structure. If the term were simply “formation” or “form” then the structure half would take over. But information is not abstract form. Rather, information is in form, and this “in-ness” indicates the immanent quality of the substrate. (A substance is something that remains within itself; if a substance begins to breach its own bounds, extending outside itself, then it begins to add an incipient structure.) Information is thus a useful way to combine the first two models of media, both structure and substance.

Still, the substance and structure models, however dominant they might be, have themselves passed into the archive, giving way to a new model of mediation. Beginning in the early to middle twentieth century a whole series of disciplines in the sciences and humanities began to overhaul the concept of mediation, that special condition of being “in the middle of things.”

Let us turn then to a third model of mediation, a third answer to the media question. The third model comes under the heading of logic, and hence is dubbed the Logic Model of media. Under the Logic Model, the term “media” means less a structure of mediation than a mode or way of mediation. Just as the second model builds on the first, the third increases the complexity still, building on the first two. If the first model considered the body of mediation (its medium), and the second model considered the language of mediation (its grammar or structure), the third model considers the specific way in which both bodies and languages are articulated. The third is, if you will, a “genre” of the other two, a stylistics of the substance-structure amalgam. Consider the way in which a language is different from an accent or an affectation. Two people might speak the same language, but they might also be speaking with different affectations or with different regional accents. This constitutes an important distinction, the distinction between a language as such and the various affectations or stylistic differentiations identifiable within that language. To identify such a distinction is to identify the distinction between a logic–as way or mode–and a mere language or a mere structure.

Thus the Logic Model refers to any number of “second order” structures, including things like technique, appearance, gesture, culture, affect, manner, condition, convention, habit, process, mechanism, algorithm, environment, landscape, milieu, a subject, a way, or a grammar. If the Substance Model ultimately addresses the material or physical level, and the Structure Model addresses concept or form, the Logic Model addresses aesthetics, behavior, style, protocol, ethos, subjectivity, even a kind of empirical, pragmatic, or vital stuff (a stuffyness, that is, which exceeds mere substance). If the Substance Model concerns the gut or the body, and the Structure Model concerns the mind, then the Logic Model concerns the hand or the foot, or perhaps the face, because those are where articulation happens. Hence the Logic Model defines media as expression rather than essence, articulation rather then existence, epigenesis rather than genesis.

Why call this a “logic”? To the layperson, logic might evoke propositions and their tedious truth tables, or perhaps it might evoke “if-then” statements mapped out using complicated flow charts. Yet even in such examples the nature of logic is revealed: if-then statements describe how something takes place; truth tables describe the way things happen. Alain Badiou reminded his readers of this very point during Logics of Worlds, when he defined logic as a mode of appearance or a way of being. One might speak of ontology or presence using the language of substance and structure, but if one wishes to discuss how things are, then one must embark into the kingdom of logic.

With this in mind we can now propose a crude periodization. If substance is the pre-modern category and structure the modern–taking the notion of “modern” in structural rather than strictly chronological terms–then logic is the postmodern category par excellence. Indeed, the Logic Model is the dominant model for most thinkers in media and cultural theory today. Consider the Ethical Turn in theory or, before it, the Cultural Turn. Consider the rise of Affect Theory during the 1990s and 2000s. Consider the wide-spread significance of someone like Gilles Deleuze, that patron saint of expression, milieu, machine, and life. Or consider Bernhard Siegert’s recent book Cultural Techniques, the theme of which combines two words meaning mode or way of being. Or consider the so-called New Materialism, which despite its name does not privilege substance or medium but rather focuses on expression and articulation. The Logic Model dominates today, so much so that there exist very few proponents of the Substance Model alone or the Structure Model alone. And such people, when identified as such, are typically criticized and dismissed. Those pursuing a strong Substance Model often end up lapsing into a kind of physicalism or literalism of matter. And those pursuing a strong Structure Model often find themselves classified as hopelessly structuralist or hopelessly idealist. In short, to do media or cultural theory today requires an engagement with the Logic Model, or, if not, then a risky departure from it.

At the same time, the Logic Model complicates the so-called critiques of logocentrism popularized by postmodern theory. A notoriously difficult word often left untranslated in philosophical discourse, the Greek word logos can refer to reasoning and speech, but it often simply means “the rational way in which things happen.” Indeed a speech would not be a good speech if it did not recount the rational way things happen. Thus the Greek oracle is the logion [λόγιον], from the same root as logos, because the oracle is the one who is gifted in recounting via speech the way in which things happen. And therein lies the complication around the old postmodern cliché, that postmodernity is an attempt to overturn the supposed logocentric structure of metaphysics in favor of an ethical, affective, or expressive approach. As defined above, ethos, affect, and expression are precisely logical concepts; they come under the heading of logos. Thus to the extent that postmodern theory endorses ethos, affect, or expression, such theory ironically serves to reinvigorate logos rather than subdue it. In other words, if one wishes to overturn logocentrism, the Logic Model provides a detailed script for exactly what not to do. In this regard, postmodern theory was, I suspect, ultimately more offended by centrism than logos. To overturn logos, one must in fact disavow a great many things. One must turn away from affect theory, one must dismiss rhizomatics, one must foreswear expression, one must ignore culture entirely, culture that preeminent category of logos described famously by Raymond Williams as an entire “way” of life.