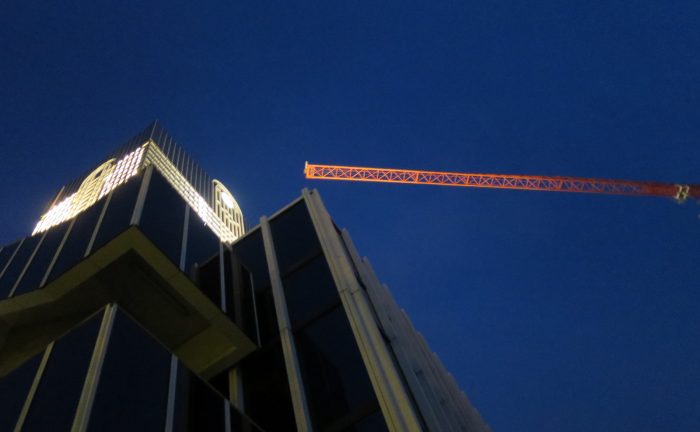 American Dystopia: The Empire of War

Capitalism and neoliberalism carry wars within them like clouds carry storms.

—Éric Alliez and Maurizio Lazzarato, To Our Enemies

Henry Miller the ex-patriot who would return to his native land just before the rise of Hitler had a glimpse into the heart of the American Dystopian world when he glimpsed from his ship the coastal regions of Boston:

The American coast looked bleak and uninviting to me. I didn’t like the look of the American house; there is something cold, austere, something barren and chill, about the architecture of the American home. It was home, with all the ugly, evil, sinister connotations which the word contains for a restless soul. There was a frigid, moral aspect to it which chilled me to the bone.1

What Miller discovered in his trip across the vast continent of his native land was a dystopian nightmare. He’d fought out of it ten years before, written of it in his earlier trilogy from Tropic of Cancer, Black Spring, and Tropic of Capricorn. But now he was once again in it. He could see the effects of the corporatization of the state and civil society, the destruction of public goods and commons, the commercial control of the media, and the rise of an economic survival-of-the-fittest ethos that posed a serious threat to American democracy. What he found in both country and city was the culture of traditionalism, the dismantling of civil and political rights, the ongoing militarization of society, the “religionization of politics,”  the attack on labor, the obsession with national security, the perpetration of human rights abuses, the emergence of a police state, entrenched racism, and the attempts by demagogues to undermine education as a foundation for producing critical citizenry were all at work in American society.

What Miller was witnessing was the birth of the neoliberal empire within American society. Éric Alliez and Maurizio Lazzarato in their recent work To Our Enemies (to be published) offer us a vision of our immediate future in a transformed Neoliberalism. They remind us that the alliance of economy and war has been there all along, that we’ve allowed the subterfuge to become so commonplace that we tend to deny it when any critic brings the two together. As we watched Greece founder and swallowed up under the EU directives of its Belgium imperviousness, we got a taste of the new austerity and the crushing truth of its dark reach over human life. As one citizen in Greece said recently: “It’s like being in a war,” was heard in Athens during the weekend of July 11–12, 2015. Alliez and Lazzarato will tell us a further implication of this austerity:

The statement “It’s like being in a war” should be immediately corrected: it is a war. The reversibility of war and economy is at the very basis of capitalism. And it has been a long time since Carl Schmitt revealed the “pacifist” hypocrisy of neoliberalism by reestablishing the continuity between economy and war: the economy pursues the objectives of war through other means (“blocking credit, embargo on raw materials, devaluation of foreign currency”).

In fact Alliez and Lazzarato will in their first thesis align war, money, and the State, saying that these three in collusion are “constitutive or constituent forces, in other words the ontological forces of capitalism”. The critique of political economy is insufficient to the extent that the economy does not replace war but continues it by other means, ones that go necessarily through the State: monetary regulation and the legitimate monopoly on force for internal and external wars. To produce the genealogy of capitalism and reconstruct its “development,” we must always engage and articulate together the critique of political economy, critique of war, and critique of the State.

As Dardot and Laval in their The New Way Of The World: On Neoliberal Society will remind us, since the late 1970s and early 1980s, neo-liberalism has generally been interpreted both as an ideology and as an economic policy directly informed by that ideology. The hard core of the ideology supposedly comprises identification of the market as a natural reality.2 cording to this naturalist ontology, to achieve equilibrium, stability and growth, it suffices to leave this entity to its own devices. Given that any government intervention can only disturb and disrupt the spontaneous process, abstention from it must be encouraged. Thus construed, neo-liberalism is cast as a pure and simple rehabilitation of laissez-faire. As regards its political implementation, from the outset it was analyzed very narrowly – in Wendy Brown’s perceptive observation, as a tool of state economic policy, with the dismantlement of social provision, progressive taxation and other instruments for redistributing wealth, on the one hand, and with the stimulation of the untrammeled activity of capital via deregulation of the health system, labour and the environment, on the other.3

When it is conceded that ‘intervention’ does occur, the latter is construed exclusively as actions whereby the state undermines the bases of its own existence by diminishing the public service obligations previously entrusted to it. A purely negative ‘interventionism’, one might say, which is nothing more than the active political aspect of the state’s organization of its own retreat – hence a principled anti-interventionism. (NWW: KL 75) We’ve seen this occur in the piracy of American taxpayer’s dollars to fund the very corporations that brought about the financial crisis of 2007-2008. We’ve seen this in the piracy of funds from the Social Security system during the 60’s onward with no replenishment. Over and over we see not a re-distribution toward the people, toward the citizens, but rather a re-distribution by the rich for the rich of this land. An Oligarchic control loop in which no one benefits but the top .01% who have deemed themselves to Big To Fail.

And, of course, Alliez and Lazzarato will make the obligatory indictment of capitalism that has sounded from the Left since Marx and beyond:

Capitalism is not only the deadliest civilization in the history of humanity, the one that introduced us to the “shame of being human”; it is also the civilization through which labor, science, and technology have created—another (absolute) privilege in the history of humanity—the possibility of (absolute) annihilation of all species and the planet that houses them. In the meantime, the “complexity” of (saving) “nature” still offers the prospect of healthy profits combining the techno utopia of geoengineering and the reality of the new markets of “polluting rights.” At the confluence of one and the other, the Capitalocene does not send capitalism to the Moon (it has been there and back); it completes the global merchandizing of the planet by asserting its rights to the well-named troposphere.

My problem any more with the indictments, is not that their wrong (their right, of course!), but that one begins to wonder why this matters anymore? We’ve heard the Left indict capitalism for over a hundred years, seen the State’s the Left produced all fail miserably in communist or socialist forms, so why is this any different now? Well, one could point to the fact that emerging in our time is something blatantly different: the demise of democracy. And, by that, I mean the divorce between capitalism and democracy. Capitalism no longer needs to pretend its the only system, it is; and, it is Global, so that even in Russia, China, India, and all other First or Third World nations there is this underlying connection with economy and war. The world is in essence at war, a Total War or Civil War. Or, as the Pope said in 2015:

In a world where the economy is war, and war the economy where is peace to be found? Henry Giroux tells us that one outcome of a society at war with itself is that people are stripped of inspiring public spheres and the “thick mesh of mutual obligations and social responsibilities” to be found in any viable democracy.  This grim reality marks a failure in the power of the civic imagination, political will, and open democracy to resist the confluence of forces currently formed by the normalization of the Terror Wars and the relentless economic gentrification of the American people’s social, justice, political, and education systems. We live in dangerous times. Global corporatism, war, violence, racism, an arms race, militarism, terrorism, climate change, the threat of nuclear weaponry, and the rise of authoritarian societies internationally pose a dire threat not just to human rights and democracy, but to humanity itself. Matters of education, civic literacy, civil rights, and pedagogies that support the social contract, equality, justice, and the common good are crucial in the struggle against authoritarianism.4

“The era of limitless deterritorialization under Thatcher and Reagan is now followed by the racist, nationalist, sexist, and xenophobic reterritorialization of Trump, who has already become the leader of the new fascisms. The American Dream has been transformed into the nightmare of an insomniac planet.”

—Alliez and Lazzarato, To Our Enemies

Like Joyce’s Humphry Chimpden Earwicker we can all say: “I don’t sleep well anymore.”