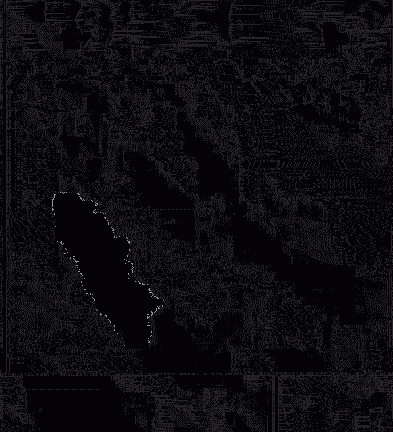 Abstractly, connectivity operates through inclusive disjunction, a process that puts otherwise foreign elements into communication with one another through an encounter that does not require those pieces to operate through a shared logic.[i] Rather than in-folding some common term, such as the introjection of an imperial dictate, The Metropolis unfolds. It exposes interiors through a mutual opening up (to name a few: the privatization of economic risk through increased debt obligation, the removal of tariffs that protect national industries, or the exemption of citizenship rights against government assassination).[ii] In this sense, those who condemn capitalism as a homogenizing force are incorrect – inclusion can spread through divergence. The Metropolis retains differential relations of parts by selecting “a particular zone that varies with each” that will make possible its integration of the “sum of infinitely tiny things.”[iii] Furthermore, by being more than inclusion based on a common term (the law, a nation, a people), disjunction is pure relation, a movement of “reciprocal asymmetric implication,” that expresses only difference itself (and not imposing equivalence, resolving into a general category, or synthesizing into a superior identity).[iv] The Metropolis hence shares Deleuze’s “most profound insight” that “difference is just as much communication, contagion of heterogeneities,” which means, “to connect is always to communicate on either side of a distance, by the very heterogeneity of terms.”[v] The effect of this contagion does not result in a unity, combination, or fusion; inclusive disjunction maintains a “politeness” – “an art of distances.”[vi]

Deleuze is pessimistic about connectivity. With Félix Guattari in What is Philosophy?, he argues for distrusting communication, as “commercial professional training” has made philosophy subservient to marketing and transformed concepts into advertising slogans.[vii] He ultimately argues that “continuous control and instant communication” constitutes a new form of power that must be evaded.[viii] This leads him to find refuge in “vacuoles of non-communication,” which can serve as “circuit breakers so we can elude control.”[ix]

Inclusive disjunction gives the Metropolis a categorically different relationship to difference. It spatializes difference, which allows the Metropolis to outmaneuver the traditional politics of difference, such as liberal freedom or multiculturalism. This is why many metropolitan spaces expand without what appears to be pre-given patterns or rules, such as The Third Italy or Australia’s Gold Coast.[x] The primary strategy of the Metropolis is thus to diffuse differences through inclusion rather than confront them through antagonism. Within this system of inclusion, difference is not a threat but the means by which contemporary power maintains a hold on the perpetual present. The effect of this temporal modulation is that historical time disappears as “contemporary events themselves retreat into a remote and fabulous realm of unverifiable stories, uncheckable statistics, unlikely explanations and untenable reasoning.”[xi] The accelerated speed of media increasingly makes networked media, such as the internet, a breeding ground for conspiracy and insinuation, as the sheer volume of participants and incredible speed of information accumulation means that in the time it takes to put one conspiratorial theory to bed, the raw material for many more will have already begun circulating.[xii]

Such a system of power cannot be escaped by simply celebrating the differences that grow out of life in the Metropolis, for inclusive disjunction allows the Metropolis to connect otherwise incommensurate subjects, flows, temporalities, and visibilities without suppressing their differences. In assembling them, the Metropolis does not leave those incommensurate things unperturbed. Rather, connectivity follows the database logic of positivity that was metaphysically prefigured by Deleuze in Difference and Repetition and The Logic of Sense.[xiii] Here, things are introduced into the Metropolis through a plane of positivities that unfolds secured elements, exposes them to risk, and eliminates their futurity. Unlike Debord’s “society of the Spectacle,” where the management of society is still dominated by the human eye, we have entered the machine-readable era where information flows circulate outside the reach of human perception. We are thus given the impression that ‘the more things change, the more they stay the same.’ The inclusion and proliferation of difference is thus not a motor for change but stasis. The political potentials made available through inclusive disjunction are the familiar channels of liberal capitalism, such as public influence, legal privilege, and market power. All of these work through a principle of capture often described as “communicative capitalism,” which expands through circuits of exploitation and submission.[xiv]

Resistance to connectivity may require the other side of disjunction, exclusive disjunction: the forced choice between two options. What exclusive disjunction offers is a path for evading the capture as ‘just another difference.’ The first obstacle to exclusive disjunction is liberal pluralism, which is so deeply intertwined with the politics of difference that the very notion of exclusivity may be a tough pill for some to swallow. Forced choice is not the enemy of difference, however, as it does not reduce the world to a simple binary. There are certainly moments of exclusive disjunction that should remain the cause of intense political suspicion, such as the trans-phobic claim that masculinity and femininity are exclusive. Exclusive disjunction does not force a choice between two homogeneous forms, rather it intensifies whatever incommensurability exists between worlds of difference – on each side of a network, on each side of a multiplicity. This is how Deleuze and Guattari can simultaneously affirm “a thousand tiny sexes” and that all radical gender politics begins through “becoming-woman.”[xv] In fact, the illusion that there is only one possible world is a lie perpetuated in the Metropolis to maintain a perpetual present. Exclusion’s difference-making potential only appears paradoxical from the perspective of pluralistic liberalism. If one begins instead from the perspective that the difference of the Metropolis is a repetition of the same, then exclusivity simply clarifies the difference between reform and revolution. To put it suggestively but crudely: instead of convergence culture that puts everything into communication, exclusive disjunction seeks a divergence culture that spins things off to pursue their own paths. There are already instances of this divergence, as seen in various subcultures of glitch and noise, but they do not politicize incompatibility. It is thus post-colonialism that should be our guide, as it has already politicized the incommensurable and has laid a blueprint for global delinking.[xvi]

– An excerpt from my forthcoming article “Confronting Connectivity: Feminist Challenges to the Metropolis” in Communication and Critical/Cultural Studies.

[iv] François Zourabichvili, Deleuze: A Philosophy of the Event together with The Vocabulary of Desire, trans. Kieren Aarons (Edinburgh: Edinburgh University Press, 2012). 168.