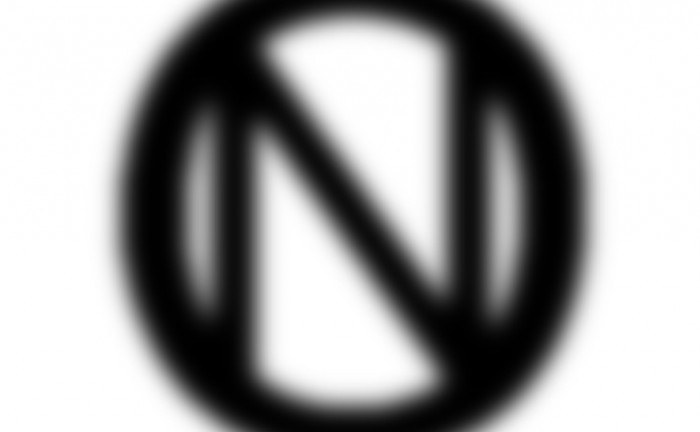 I decided to take Geoff Dyer’s Out of Sheer Rage, his book on not writing a book on D. H. Lawrence, to read on the plane on our package holiday to Sicily. It had been recommended by a colleague years ago and originally published in 1997, it has been reissued this year. I’d quite liked the Death in Vasanari section of Dyer’s Jeff in Venice / Death in Vasanari and it seems D. H. Lawrence always dogs our footsteps around Italy. So 2am taxi to Gatwick, 8am flight. Managed to get some sleep and all was going reasonably well until, during the plane flight, I got to the anti-theory rant. This begins when Dyer is lent Peter Widdowson’s Longman case-book on D. H. Lawrence. Dyer’s lengthy take-down, written in what he has already called his “sub-Bernhardian style”, condemns theorists as criminals who “kill” literature. Better let literature speak for itself, or turn to the writing by writers on literature – coincidentally, a little like the book I was reading. Dyer or, to be annoyingly theory, “Dyer-as-narrator”, eventually claims to have burnt the book.

I wanted to throw Dyer’s book out of the plane. This was probably because I am one of these po-faced killers of literature, perhaps even too po-faced to get the “playful” joke Dyer might be having on us. After all Dyer cites Barthes as a model and his others heroes, like Lawrence and Thomas Bernhard, are hardly un-theoretical writers. More on this later. In the meantime it didn’t seem like a joke. Obviously, as a theorist, I don’t have/do feelings, but there must be some twitching remnants that told me Dyer was serious. He did hate theory. He seemed to also hate theorists, notably Terry Eagleton and Peter Widdowson. I don’t much like Terry Eagleton,1 but I do theory and I am a theorist. Dyer must hate me. I hate Dyer, at this point.

It’s all in the past! That was 1997, the good old days. Hating theory was something people did then. There were the “theory wars”, then the “death of theory” (although not much on who was responsible for theory KIA), and finally we were “after theory”. After theory we’d come to terms with all those “excesses” – all those dead authors, anti-humanism, structures speaking, pesky mythologies – and now used theory just the right amount. Theory is no longer a toolbox, as Deleuze said, but part of the toolbox of every right-thinking literary academic. Instead of Foucault’s “happy positivism” we have a “happy eclecticism”. No-one today hates theory.

Except they do. If hating theory was a 80s/90s fashion then it has, like many fashions from those times, returned. This recycling is different, in the same way as when you see students dressed for “rave nights” today they manage not to look like 80s/90s ravers so much as dayglow exercise fanatics. Hating theory today shouldn’t be admitted too much. Hating theory is more of a weary gesture that says a dash of theory is fine, just not too much! We’ve accepted theory, so no need to be a theorist or to bang on about it. Get on with it. Today we need to get on with things. Really if theorists hadn’t gone on so much about theory we wouldn’t have a problem.

There are two ways in which theory comes to be hated. The first is from out of the general historicism of the humanities today. Of course, much of the theory that got done was pretty historicist in the first place, even if it was “new” or “cultural materialist”. But today theory is hated because it is anachronistic, because it threatens the complexity and density of history. A little bit of theory might add to this density and complexity, but too much threatens to damage the delicate fabric of the past. Theory can be tolerated if it remains historical, if it draws our attention to history, if it shores up fragments against our ruin, but it shouldn’t ask any deeper questions. Of course there is no longer any Whig history of progress, except the history of our progress in being sensitive to the past and all its traces.

The second way of hating theory is the way of the creative. This was Dyer’s way. Theory is bad because it kills creativity. In the “programme era”, as Mark McGurl calls it, the era of creative writing, creativity is the value of all values. Theory threatens to ruin all our fun. But creative writing today is enriched by theory! Some of our best writers use theory! Surely there is no conflict here. Theory can be used, as Dyer did, as long as it is at the service of creativity. A dash of theory is, again, another exotic ingredient. After all, you should be clever, but not too clever. Theory is another part of the material creatives can use, but theory cannot “use” creative work. This is because creativity is an irreducible good. I almost wrote a mythology. See, as a theorist I can’t stop myself ruining things.

Theory is allowed to remain as long as it stays in this zone of tolerance. Outside of that the hating starts again. The hating is not that different from the old hating: theory is abstract, theory is difficult, theory is unnecessary. Theory is abstract and that is why it is true. All thinking, as Hegel repeatedly points out, requires abstraction. Without abstraction no thinking, or in the denial of abstraction what we get are what Alberto Toscano calls “warm abstractions”: nice and fuzzy abstractions like “creativity” and “complexity”. Theory is also true because it tries to think the forms of abstraction around us, especially the abstractions of value. Hating theory is almost always hating Marx, or Freud. The dash of theory is ruined by these terrible “totalizers”. Marx is hated for his abstractions, when he was analysing the abstractions of value that rule our lives. Similarly Freud is hated for revealing that our motives are much more dull and conformist than we imagine, especially when and where we imagine we are most original.

Theory is difficult because of this attention to what is right in front of our faces. It attends to the forces and forms of abstraction that shape our lives. That’s no excuse for bad writing. While the anti-theorists make (too) much of the bad writing in theory, certainly theory, at its best, inhabits the clarity of grasping what is difficult to grasp. This isn’t easy. Without it, however, we remain in those determinations. This might be a happy place, if happy means sanctioning things as they are. If happy means something more than that then theory alerts us to our misery. That’s why theory is unnecessary. It’s unnecessary if you want things as they are. Despite the claims the world of academia is not ruled by theorists or, cue dramatic music, “Marxist theorists”. They exist, some are very successful, some are famous. Not many, however. Look around the famous, those on editorial boards, working at elite institutions, and you won’t find so many theorists, or only those who have come to terms with the light (or lite) theory required today to add gravitas to one’s speculations.

D. H. Lawrence is a good choice for Dyer. Lawrence is one of the anti-theory theorists, like Nietzsche. Lawrence’s theory is vitalist – all must serve life. This is a theory. But theory, which involves reflection, reason, and abstraction, kills life. Therefore, we have life against theory. No-one, outside the realm of various parts of the internet, has much time for Lawrence’s quite odd sexual metaphysics. Particularly not in its most extreme forms, like his condemnation of female orgasm as inauthentic pleasure in The Plumed Serpent. Also no-one, outside of various parts of the internet and various rapidly-rising in popularity political parties, has time for Lawrence’s authoritarianism and fascism. But Lawrence’s vitalism lives on, appropriately. Shorn of his sexism and anti-democratic sentiments it lives on in living history and democratic creativity, in the life that finds a way to expression. The anti-theory theory of the present moment is vitalist. Life decides all, while we humbly try to keep life going, add life to things, keep things lively, like some desperate seminar tutor in the face of an obdurate class.

Those who hate theory are right. They should hate it. The abstractions of theory reveal the concrete, the creative, and life as violent abstractions. Theory threatens this fun. We are killing your enjoyment. Hate us. I am, unfortunately, a placatory character. Better we inhabit the antagonism. Theory is hated and being hated all the time. Hating the haters is the way to start to hate anti-theory.